Can you believe it, a week has passed already since my last post!  Where oh where do the days go?

Friday of last week, all H E double hockey sticks broke loose in the chicken field.  I dashed out of the back door (I was inside making jam) and Larry dashed from wherever he had been.  The hens were squawking and cackling, and had either dashed under the nearest bush, or were stood in a group with their necks stretched up. We scanned the field, the trees and the sky, but couldn't see anything that would cause such concern.  All of a sudden a few hens came squawking out of the coop, in a hurry, so I realized that something must be inside.
I ran over there, but was too 'chicken' to open the door and see, so I peered in through the screen door and banged on the wall, and something low and black ran out of the hen door.  A mink, or a ferret.  Jet black.  I thought it was too big for a mink.....Anyway, it ran along the fence and into the other coop and out and underneath, and back and into the first coop.  Then it was in and out of the metal pile and Larry had grabbed a big stick and was sort of chasing after it, back and forth they went.  And then he lost it.
I went in to Google ferrets and mink.  In the end I decided it was a mink and because it just seemed too darn bold, we decided it was probably an escapee from a mink farm.  All the while, in the back of my mind, are the horror stories I've heard of what a mink can do to a flock of chickens.  We hung around for a while and watched, but never did see the mink again.
I called up Lisa, our neighbourhood animal rescuer, to ask if she had a live trap.  She did, so I went down to pick it up, and we set it in the area where the mink had been.  A few days went by, and nothing!  Something small was eating the bait each night though, mice or rats I guess.  Something small and light enough to not set off the trigger plate.  It was a pain to have to keep rebaiting the trap though.  One morning early this week I glanced over at the cage, and was quite shocked to see a small opossum in it.  We took the opossum for a walk with us out to our back bush.  Luna was quite interested, well something that moved, in a cage, is always interesting to her. 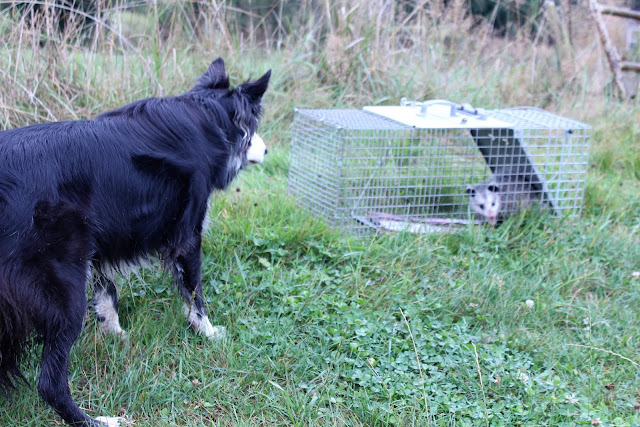 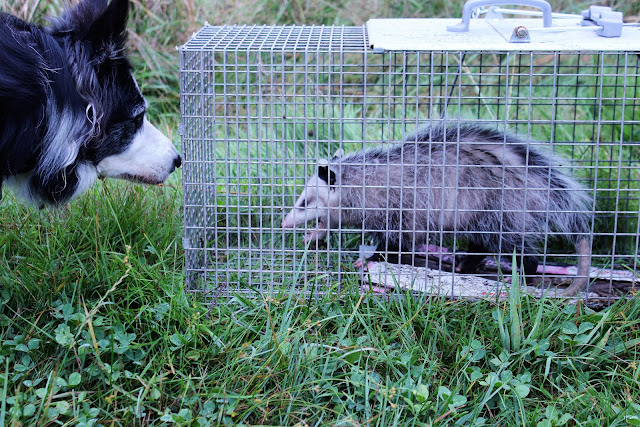 Jake took a quick sniff and didn't care at all.  The opossum did play dead at one point, but at the end of the walk when we were about to release it, it was very active. 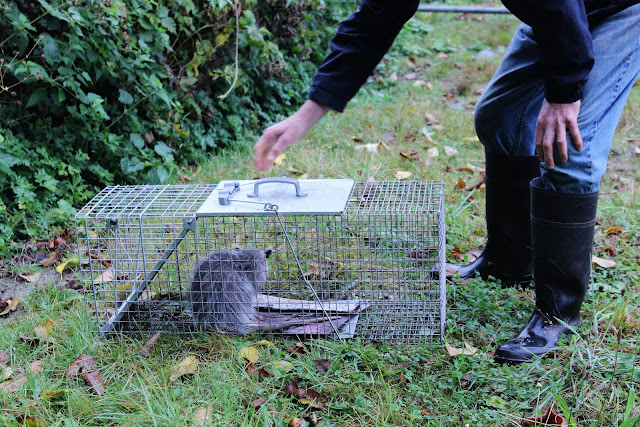 When that cage door popped open, it was amazing how fast it shot into the underbrush. I took a picture, but the opossum was just a blur. Nothing at all like the nocturnal creatures we see waddling across the road at night.  We keep setting the trap.  I am using a little wire thingy for loose tea leaves, to hold the bait.  The mice can't get it.  Lisa is hoping I will catch a stray cat that we see occasionally.  She would take it to be neutered.  She is a woman on a mission.  I'm just hoping that the mink moved on, a long way. 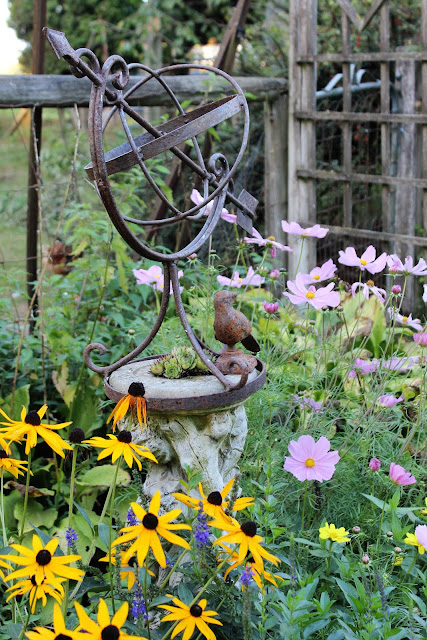 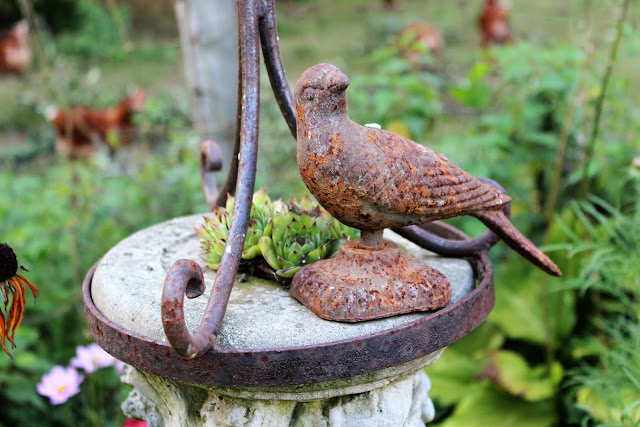