One Door Closes, Others Open.

My sister Cathy flew out from Ontario at the beginning of the month, and stayed for ten days.  She was glad to leave the cold and snow of her part of the country behind, and come out to milder albeit wetter weather on the west coast.  She has lucked out with the weather on most of her trips here, but this one was not one of them.  We are pretty sure it rained everyday at some point while she was here.

She came out to help me with some of our mum's stuff.  We went through what she had had in her room at the care home, her clothes, etc.  There was a great pile of photo albums, and papers that no longer needed to be kept.  We had fun looking through old photos and clippings, and one evening when Meredith was over we set up the old Kodak projector with it's round slide carousels and had a slide show. There are very few candid shots our mum, but a multitude of her posing in a scenic spot, more often than not in a bathing suit it seemed.  She enjoyed having her picture taken, and had a certain stance, slightly turned to the camera, with the closest leg slightly forward and the knee bent.  We kept what photos we liked or had some significance to us.

Both our parents chose to be cremated.  We went out in my dad's sailboat to spread his ashes in the ocean, thirty years ago. The sailboat is long gone.  While Cathy was here, we took our mum's ashes and took a long walk to a deserted stretch of the beach.  We started out walking together, but were lost in our own thoughts, and soon separated. 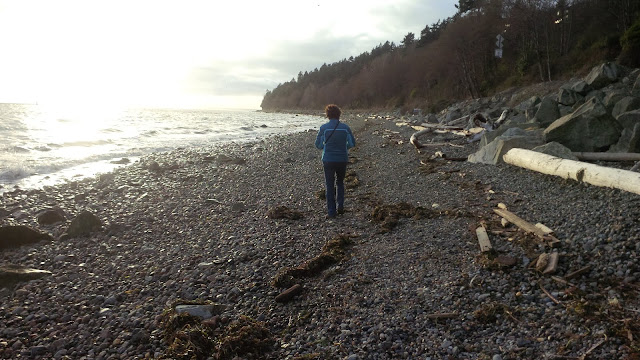 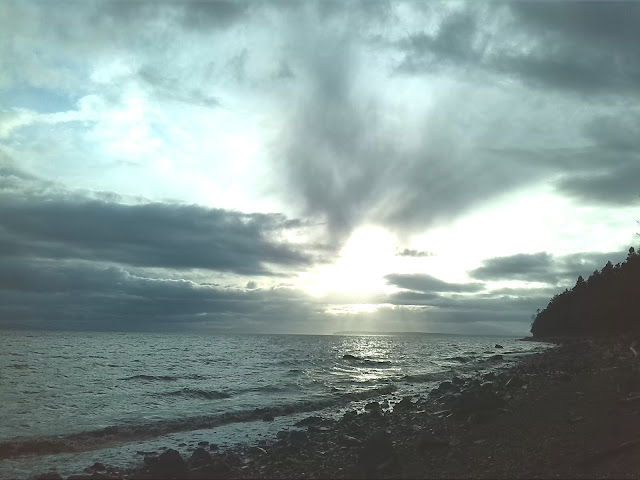 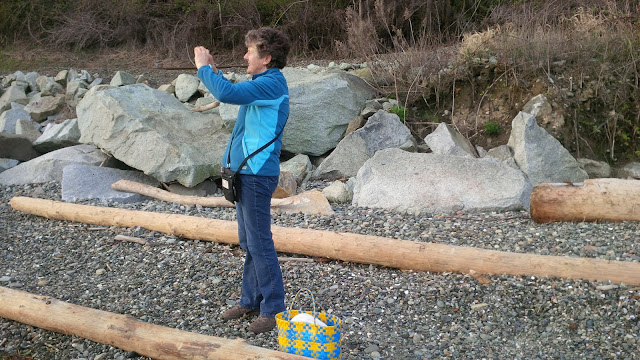 The tide was receding slowly down the rocky beach, and the stones were still wet and shiny. We started collecting a few of the prettiest ones. We eventually stopped when we felt we were in a private spot, where the houses on the cliff were mostly hidden.  The ocean and sky were rather stormy looking, it was late afternoon. I wished I had thought to take a camera, but I hadn't.
Our mother's ashes were released to the ocean. We threw our pretty rocks out into the water.

Not far out the tip of a large rock was just poking above the waves. Behind it a little Bufflehead duck kept appearing. 'there's Mum' Cathy said. We shared tears and hugs and stood watching the waves until we were chilled right through. It was time to head back to the car. 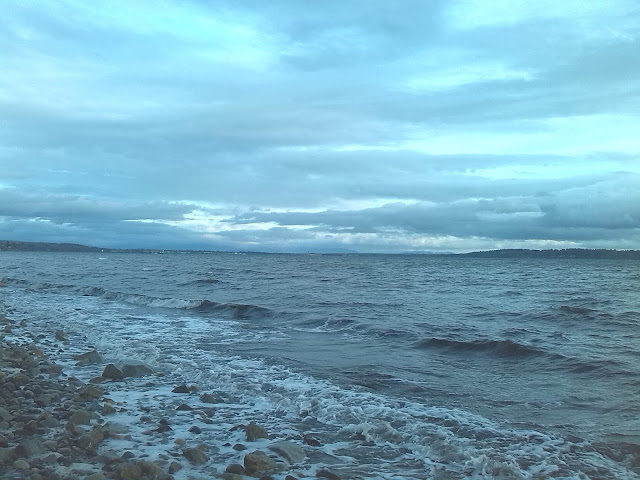 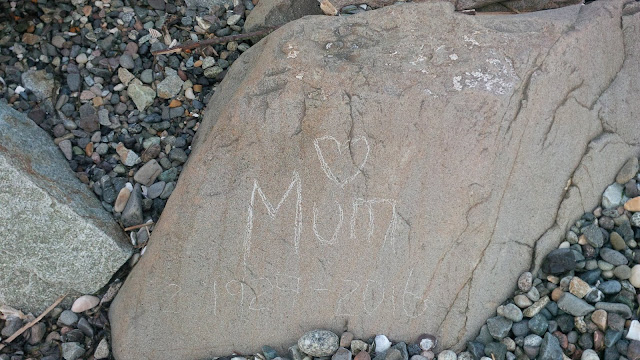 My mother had kept in touch with a friend who lived across the road from us in England.  That friend Joan had two girls that were slightly older than Cathy and I, but we played together. Joan and my mum had kept in touch for more than 50 years.  We did visit them when we went back on holiday in 1969. Their letters had dwindled down to one a year at Christmas time.  My mum was struggling to write a letter in the New Year of 2015, as that was shortly after she had broken her hip.  I added a page of my own to the envelope going to Joan, explaining how things were with my mum.  This past Christmas, Joan's card was returned for some reason, so she wrote to me.  In the meantime my mum passed away.  Joan and I have exchanged a few letters, and Joan has an email address!  Her eldest daughter contacted me through Facebook, so we have been in touch as well.  I've also reconnected with a cousin through Facebook.  Cathy and I only have our own immediate families in Canada, and very little elsewhere, so to reconnect with friends and family back in England is a wonderful thing.