Today was a beautiful winter day. Mild and sunny.  We did something a bit different and instead of doing the usual walks here at home, that I think we are all bored with, we got in the car and drove to a place we hadn't walked before.  It was Hayward Lake on the north side of the Fraser River.  It is a man made lake, held back by the Ruskin Dam, which is used to generate electricity.  The trail, for the most part, ran along an old rail bed.  Across the little bays along the lake were the old pilings. 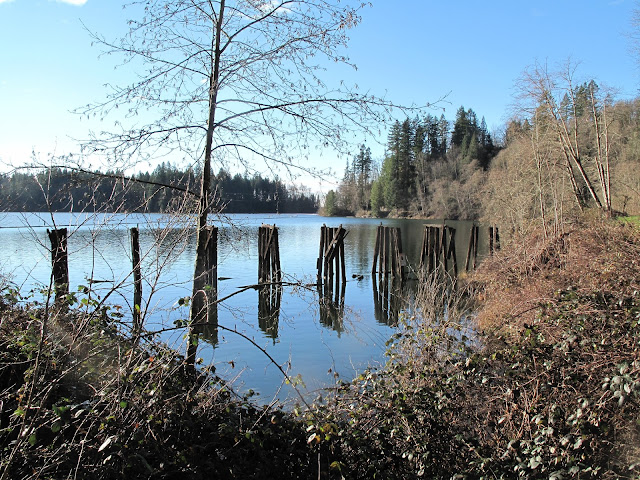 There were a couple of little beaches. Not really sure why they were fenced off.  The sign said 'danger, fast moving water and steep dropoff'.  We couldn't figure out the fast moving water bit.  The dogs 'thought' they wanted to swim, but I know darn well they'd find the water too cold. 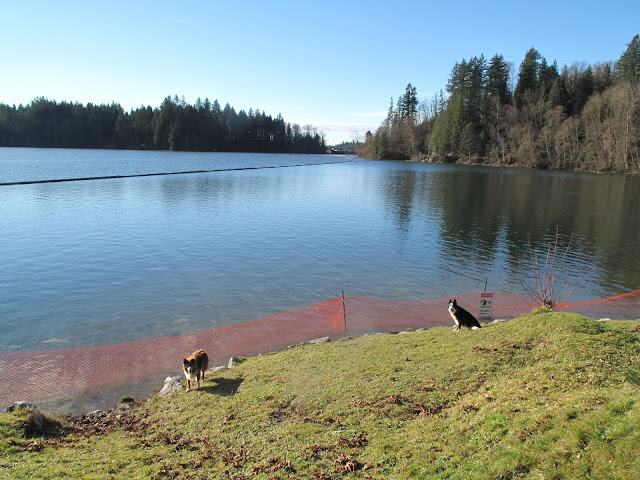 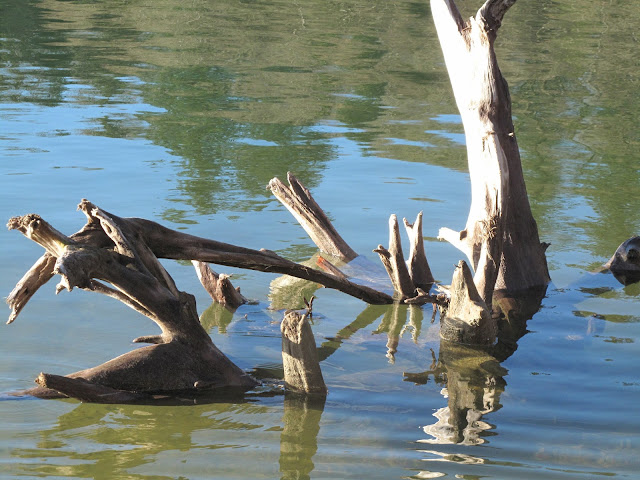 Here you can see remnants of trees that were flooded over.  You would think it would make sense to log the area before flooding it, wouldn't you?  For this reason, no power boats are allowed on the lake. 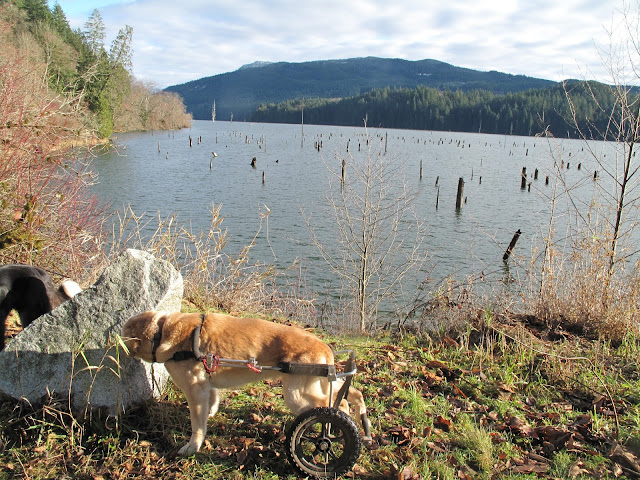 Since the trail couldn't cross on the old trestles, sometimes it had to make a detour around a bay where a creek ran in, and it headed up hill, pretty steep sometimes.  It was hard work for Calli, even though we have the leash attached to her cart and help her up the hills. 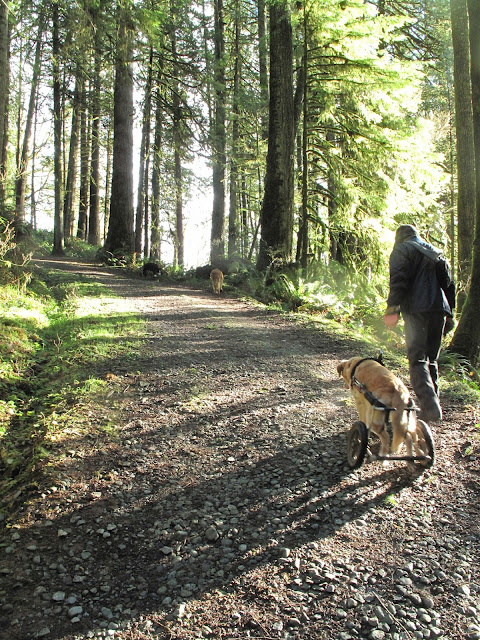 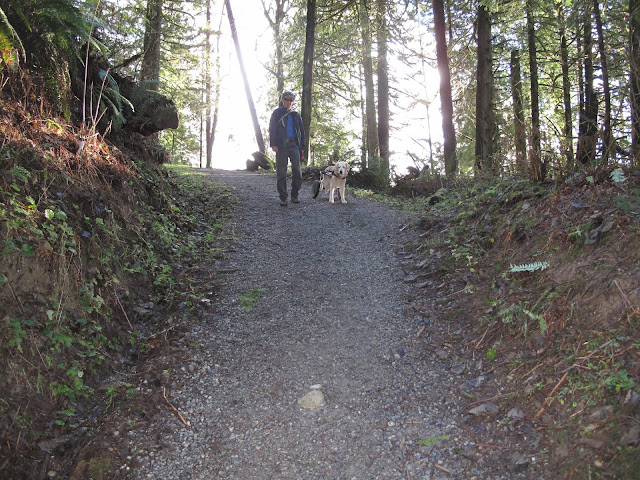 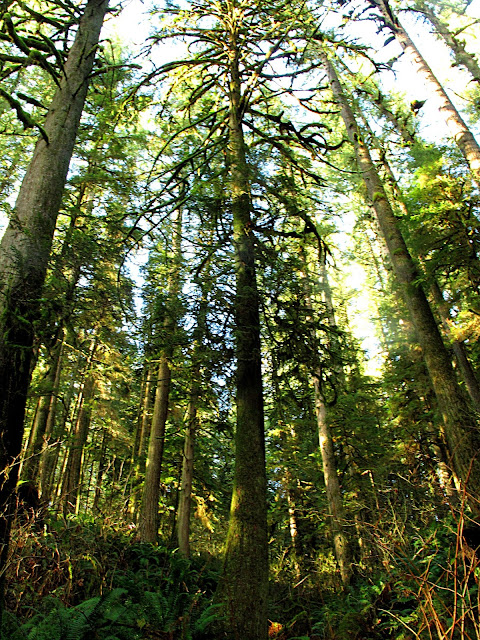 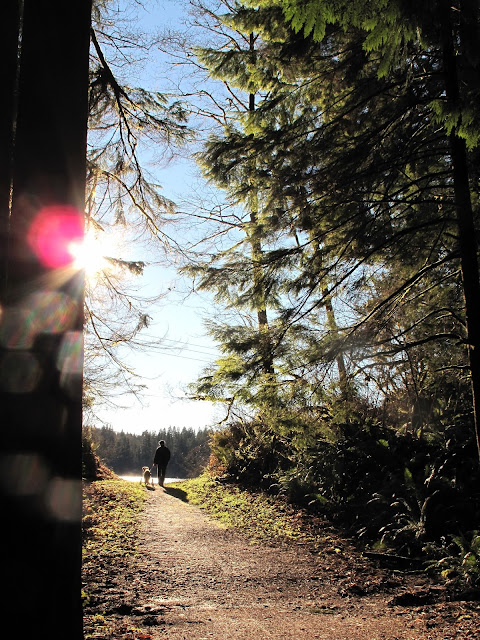 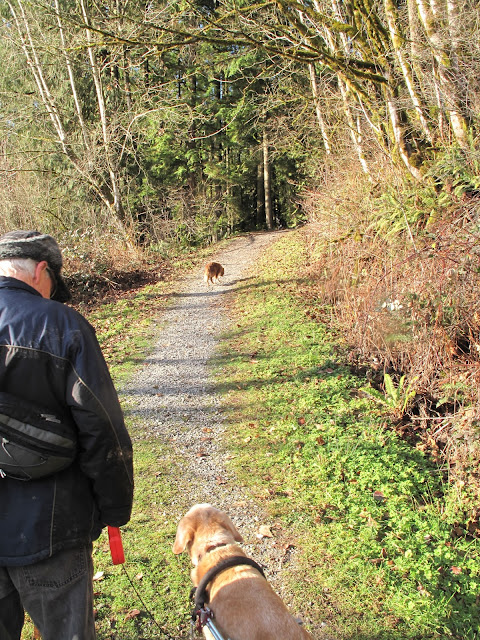 That tree right next to Larry's left arm was massive, and went up what seemed like forever.  We estimated 150 ft. 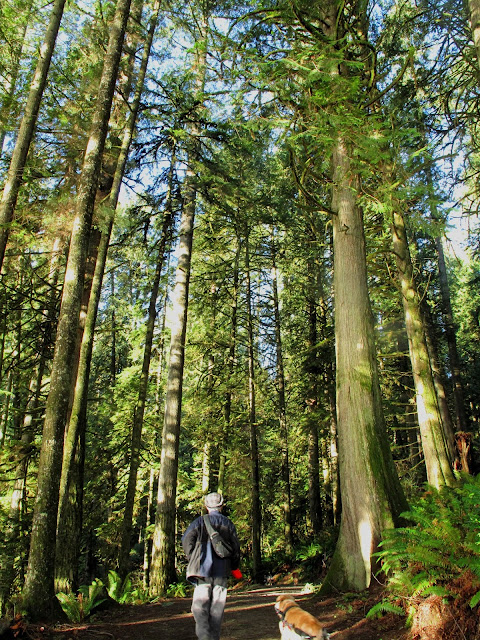 On the way back we thought we Calli would be desperate for something to drink, so this creek was easy to access off the trail.  You know that old saying 'You can lead a horse to water, but you can't make it drink...' That applies to dogs too.  She is 'funny/weird' about drinking water. 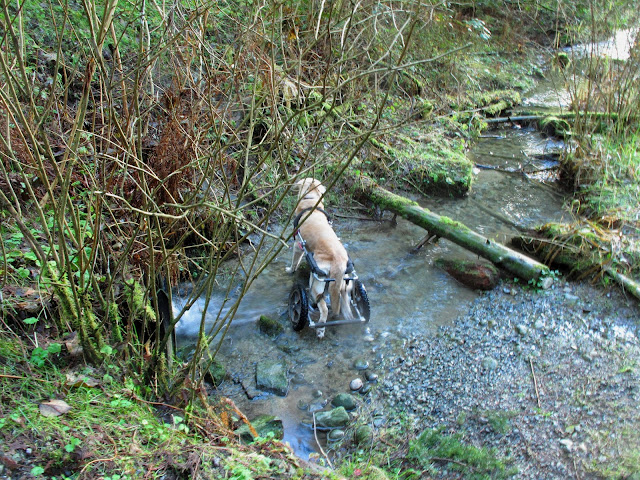 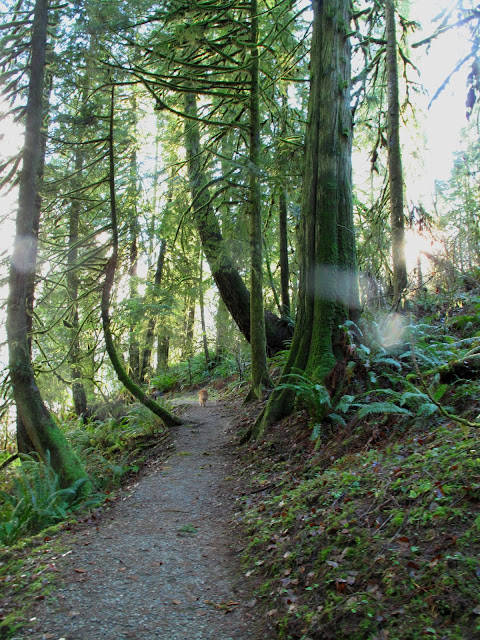 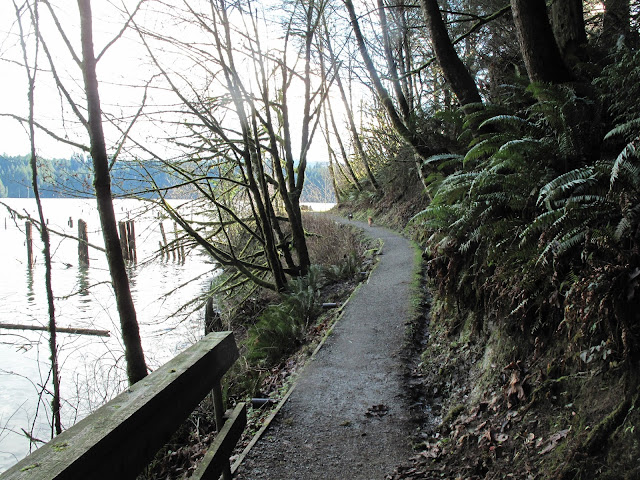 There was some pretty major construction happening at the dam, and some of the area was closed off, maybe until 2018!  The regular parking lot that was down almost at lake level was closed, and there was another parking area further up the road.  The only problem with that was that it was high up above the lake, and there was a steep switchbacky trail down to lake level.  Fine going down, but pretty darn hard for Calli to come up at the end of the walk.  Larry pulled with the leash, and on the steepest parts I picked the back end of the cart up.  She seemed to walk faster that way.  Our theory was that it leveled her back out and she didn't feel like she was walking up hill, so was able to go faster.
Almost at the top here. 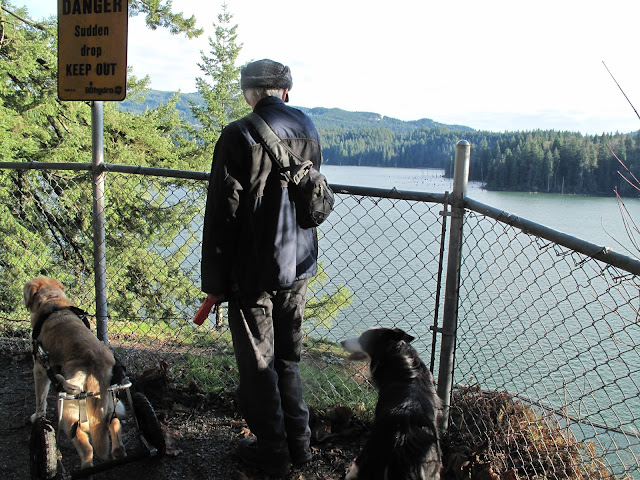 We walked a little over a third of the way up the lake, from the dam at the south end.  We did two hilly bits, and when we hit the third bigger one, that  made us decide to turn around, as we knew there was still the major climb to do at the end.
We couldn't have asked for a nicer day.