First of all, thanks for the kind comments on my last post. It's always nice to know that others understand what you are dealing with.

It seems to be a particularly wild and wet Fall this year.  Lots of rain.  Well this is the time of year we generally get lots of rain, but maybe it just seems more noticeable because of our very dry summer.  One thing that we haven't had much of for a year or two is high winds, and we sure have made up for it in the last part of this year. 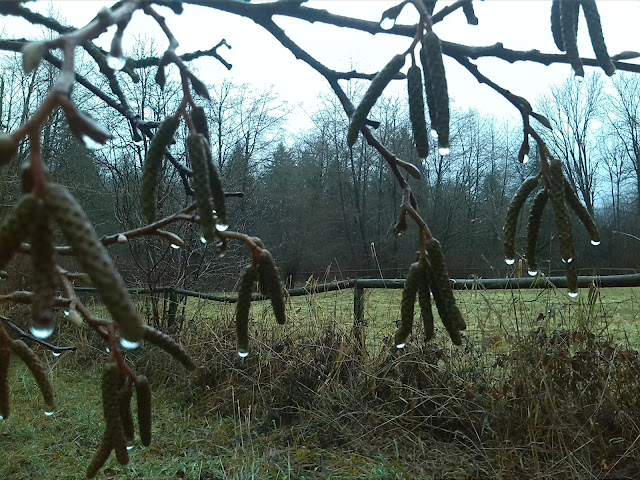 The little creek that flows through our bush is full again.  It dried up in the summer, which is not unusual, but it took a long time this Fall for it to get flowing again.  I think there was a lot of room in the ground for the rain to soak into, before it started to run off and reform the creek. That is Luna's 'cooling off' pool you can see there.  As we pass by sometimes, the water is all murky, and we know Luna has been in for a quick dip to cool off. 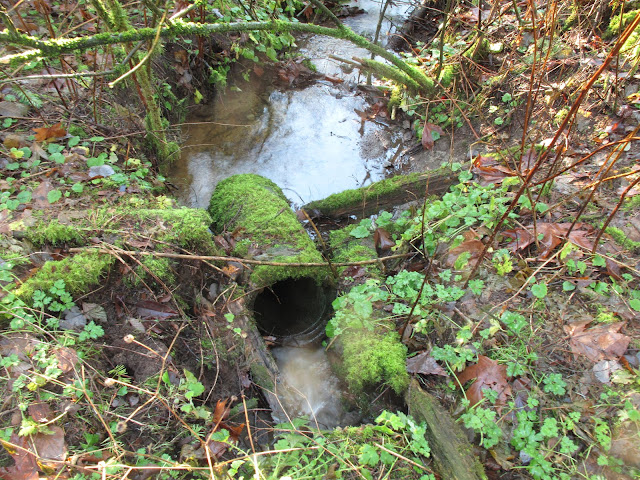 The heifers made themselves at home in the north side of the old horse shed.  The walls were falling apart and heifers were pushing their way through them, so we banged sheets of wood up and nails in to make it a bit more secure.  We had some old hay stacked at the back that we used for bedding in the chicken coops. Hay that was baled 5 or 6 years ago, and we didn't think the heifers would be interested in it. Wrong, wrong, wrong!  What they didn't eat, they spread around and slept on.  We did go out one day and managed to salvage the last few bales and also some of the loose stuff that hadn't been pooped on yet. 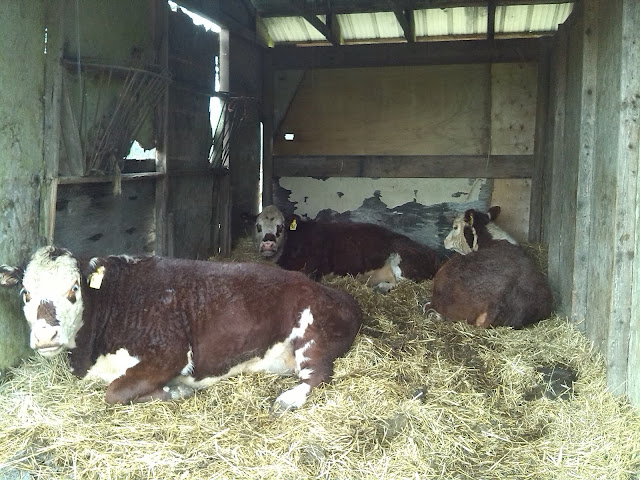 I'm going to go out there and pile all that poopy bedding up, and add some of the pies that are outside the shed, there's only about a million of them, and hopefully get some nice compost for the garden. 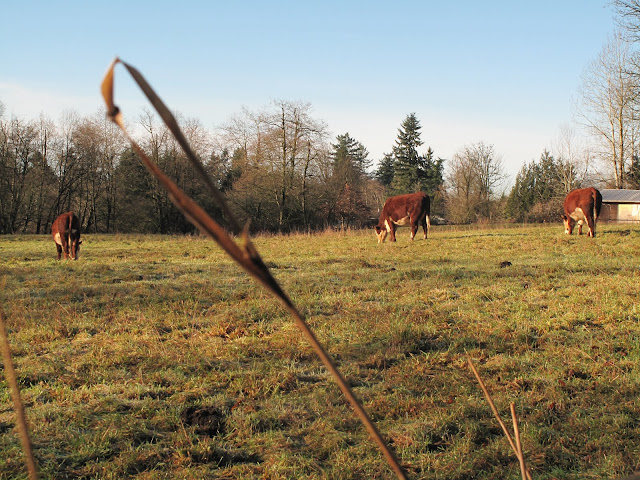 It was a glorious day on Wednesday, which was sorely needed, and happily that was the day that had been arranged for the heifers to go home.  Mid afternoon I managed to get them into the riding ring, and then when Carol arrived with her truck and trailer, we pushed them down the alleyway to where the trailer was parked. With the three of us and some frantic waving of our ski poles and some grain to coax them into the trailer, they more or less cooperated and jumped in to head off home. 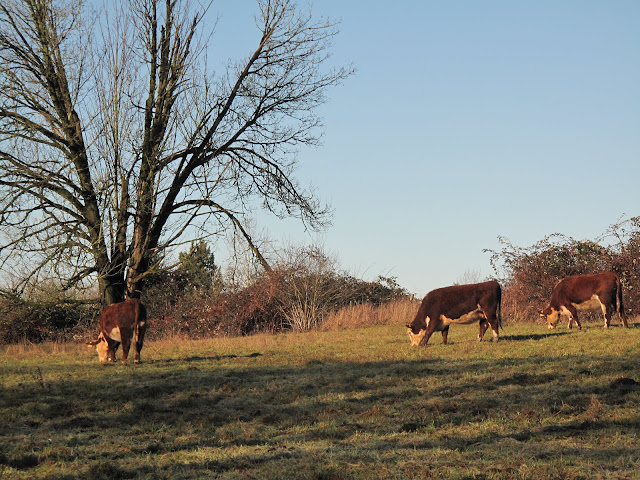 I thought Luna would be looking for them Thursday morning, she always let us know where they were, but for some reason it was like she knew they were gone. We had her in the house while they were being loaded up, maybe she was watching from the door?

One funny little story.  Luna liked to go out to the heifers, but she didn't really have enough 'presence' to move them.  In fact one or two of them would move her.  One morning the three heifers were down the little hill by the gate to the bush, were we walk in the morning. Luna went down there.  We were still at the top of the hill, probably waiting for Calli. 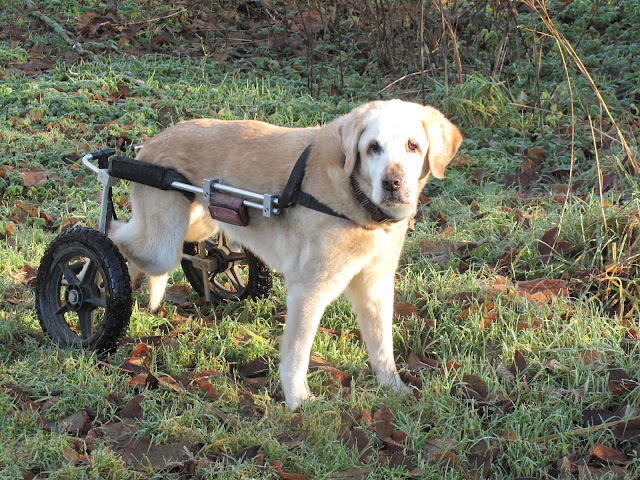 Jake was eating some grass, seemingly oblivious to the fact that one of the heifers was chasing Luna back up the hill towards him.  I called his name to make him look up, thinking that he would get out of the way. No, he stopped where he was, faced that heifer down, which made her stop.  His lips lifted in a snarl, and he made a little lunge towards the heifer, and she backed right off.  It always seems shocking to us when he does something like that, as we always think of him as being a meek and mild little dog. 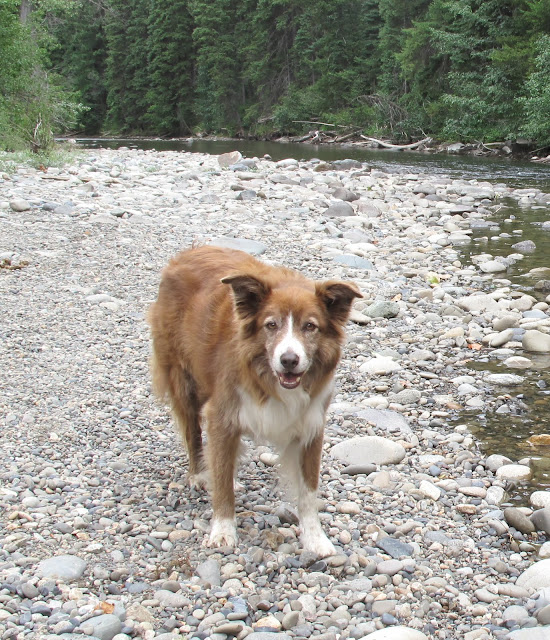