It's the train from Hawaii.  Hey, did you know Hawaii had trains.  I had to Google it to find out, and yes they do.  Actually the Pineapple Express is what they call a weather system that heads from Hawaii and blasts the SW part of BC and states south with a lot of wet and warm.  Last week we had the Polar Express, with record breaking cold temperatures, and this week we are the opposite, with record breaking warm temperatures.  Tuesday the official high was 18 C or 64 F. Today was similar. 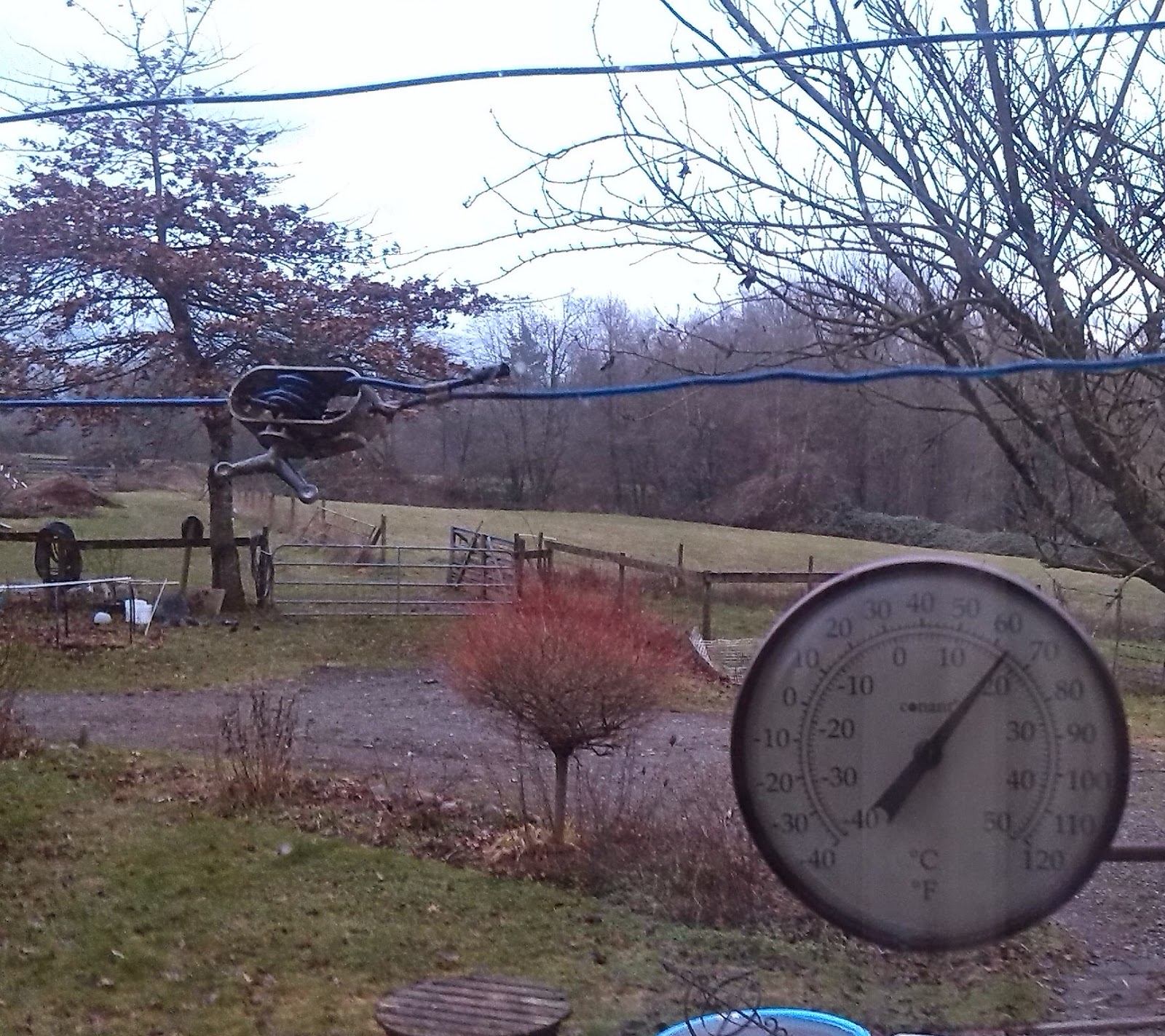 That would be shorts weather for me if the sun was out, but we've had rain, torrential downpours, high winds, power outages and even some thunder this evening.  Our power went off for a few minutes yesterday, thank goodness that was all, and the lights flickered a few times this evening, but others have had it much worse.  I was out much of yesterday, and when I was driving home there was a break in the rain, even a bit of sun in a few places, and some blue sky.  I love taking pictures of dramatic skies.  All I had was my phone, but it still looked impressive. 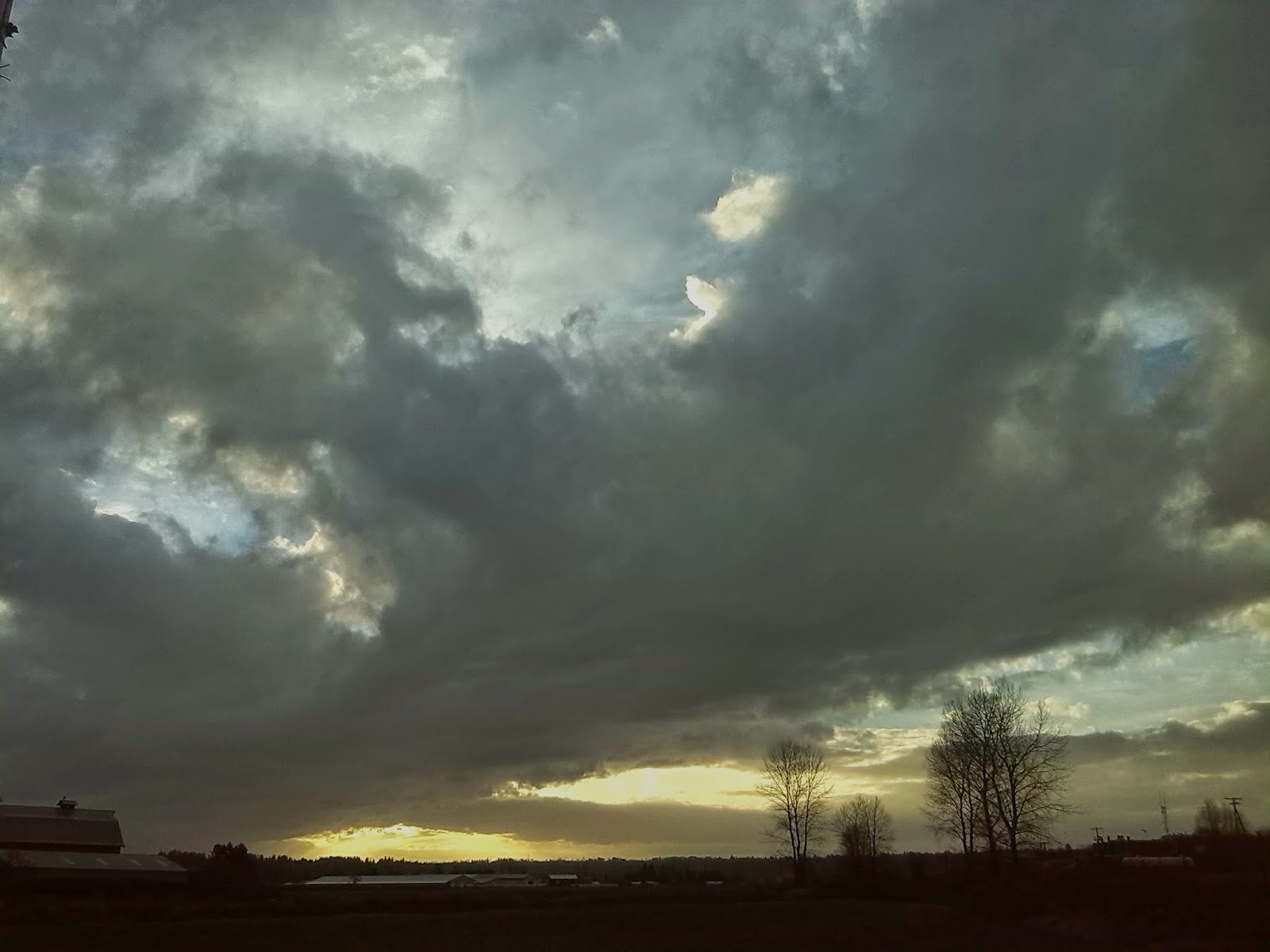 Among many other stops I made while I was out, I went to five thrift stores.  Boy, what a hardship that was.  I had to force myself through the doors:)  I was looking for some brass candlesticks, or something similar, as bases for these.  The coffee cup is to give you an idea of the size. 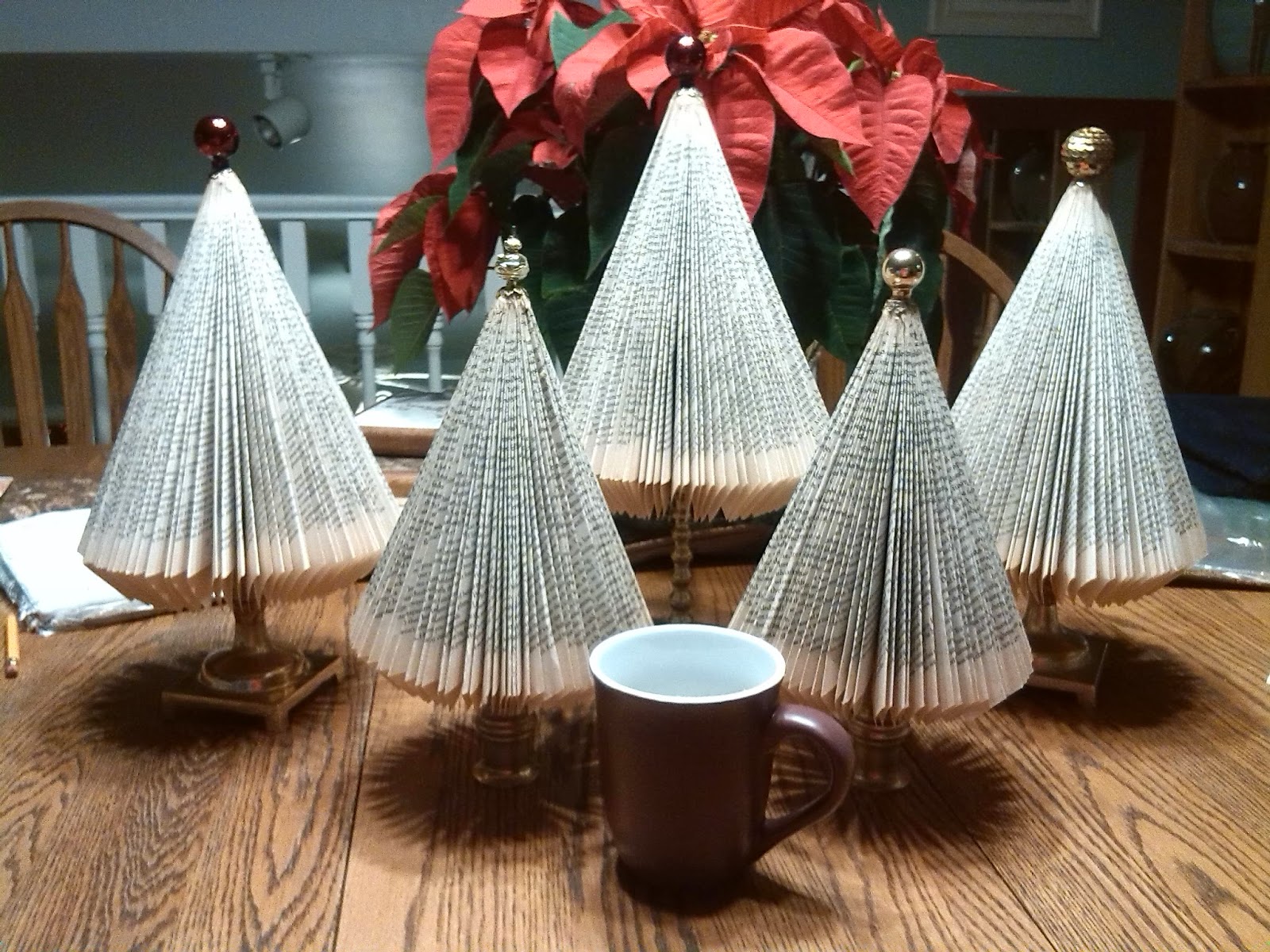 I only found six.
There were two or three more out of my price range, but only because that particular thrift store seemed to think their candlesticks were much more valuable than anywhere else. 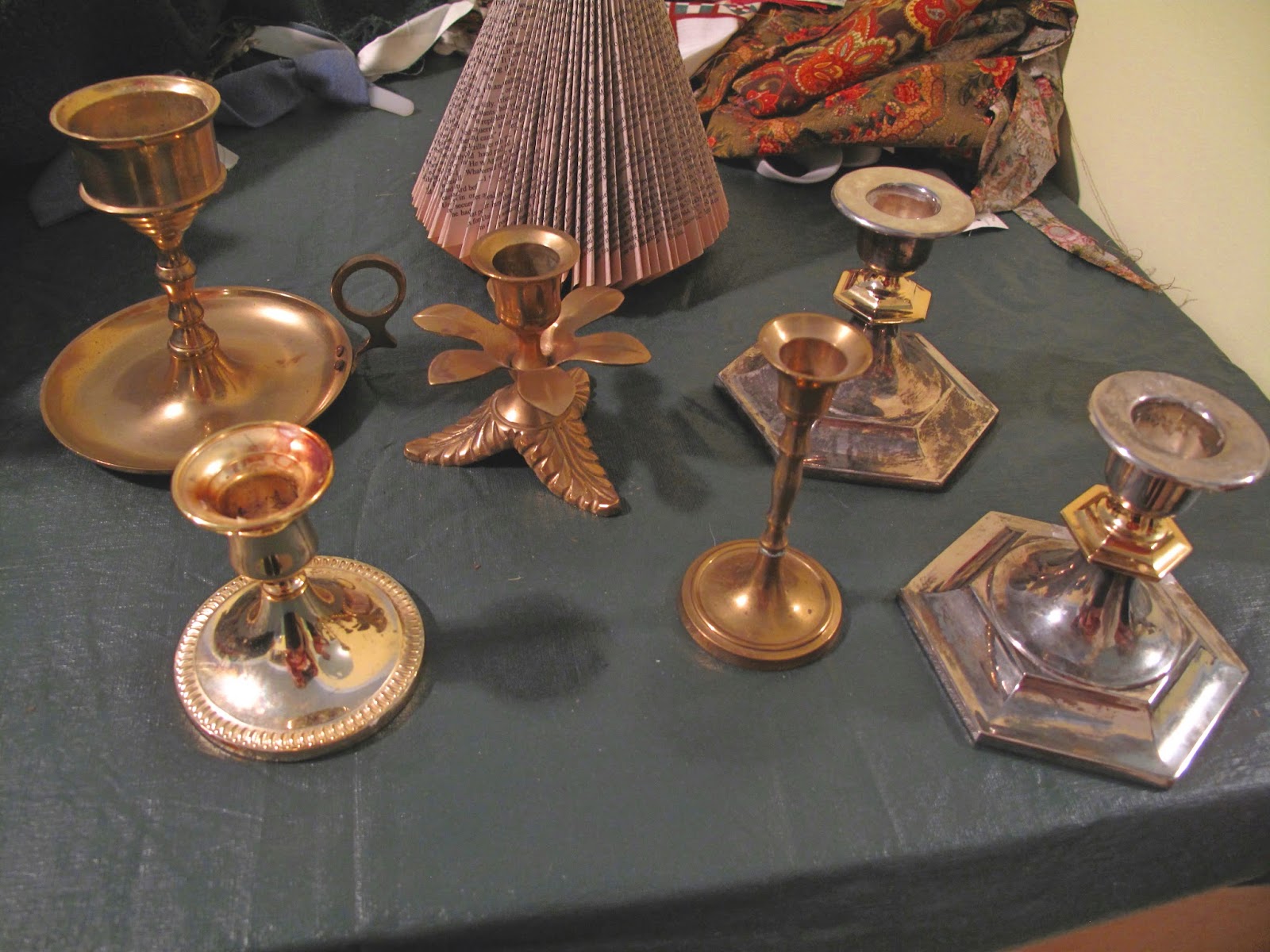 I made a few of these book trees and sold two at the farmers market last weekend, have two more spoken for, and I want to have some for the two markets I have this weekend.  The last markets  of the year! I'm sad and I'm glad.  I'm doing the last jam making this week.  I'll have a break until the marmalade oranges come in season at the end of January, through March.  I'll actually put the canner away for a while.

Of course I picked up a few more odds and ends while I was in those thrift stores, but not much.  I did score on some great fabric buys in the Salvation Army thrift store.  For about $12 I have enough fabric to make 12 aprons and 6 shopping or book bags. 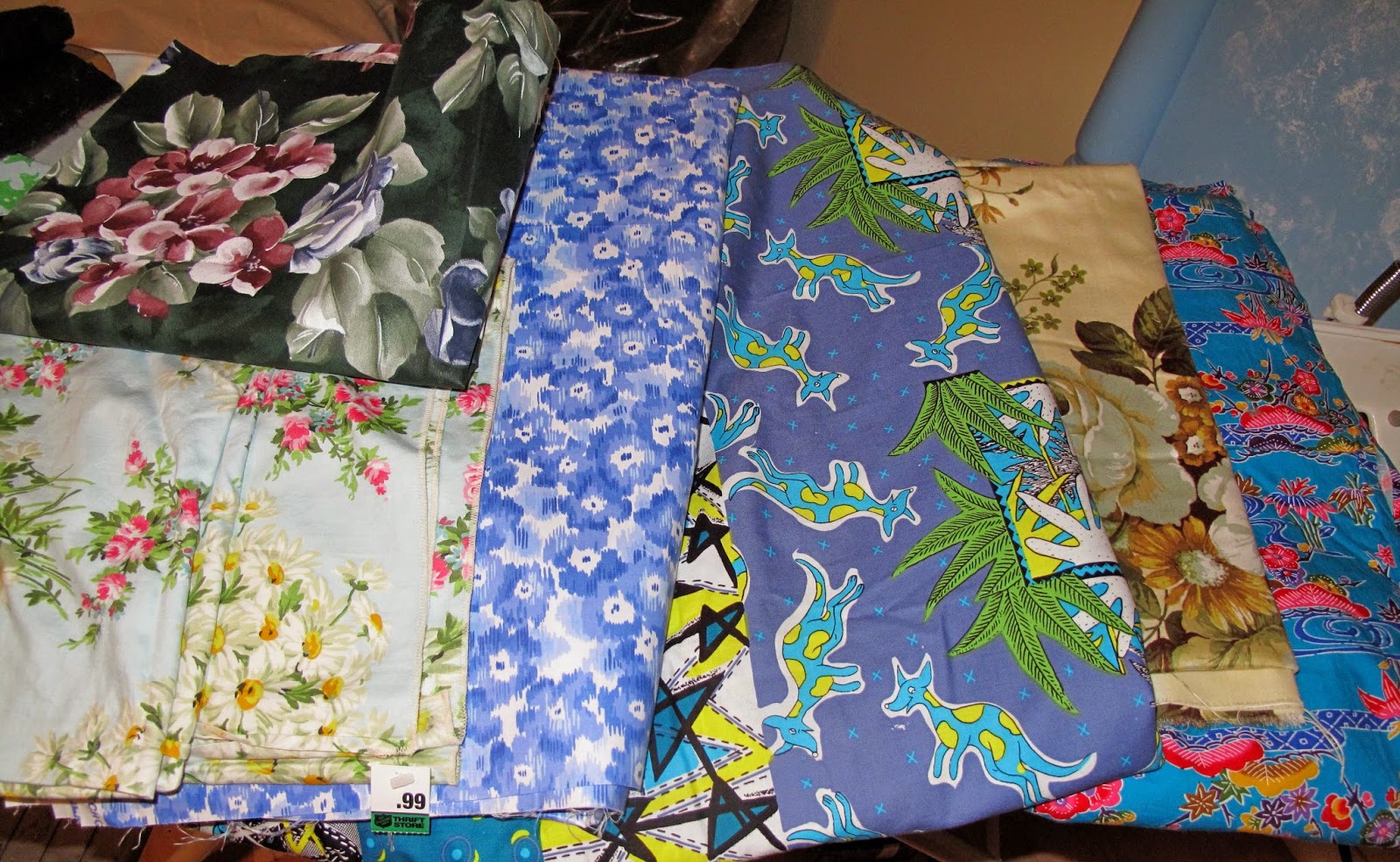 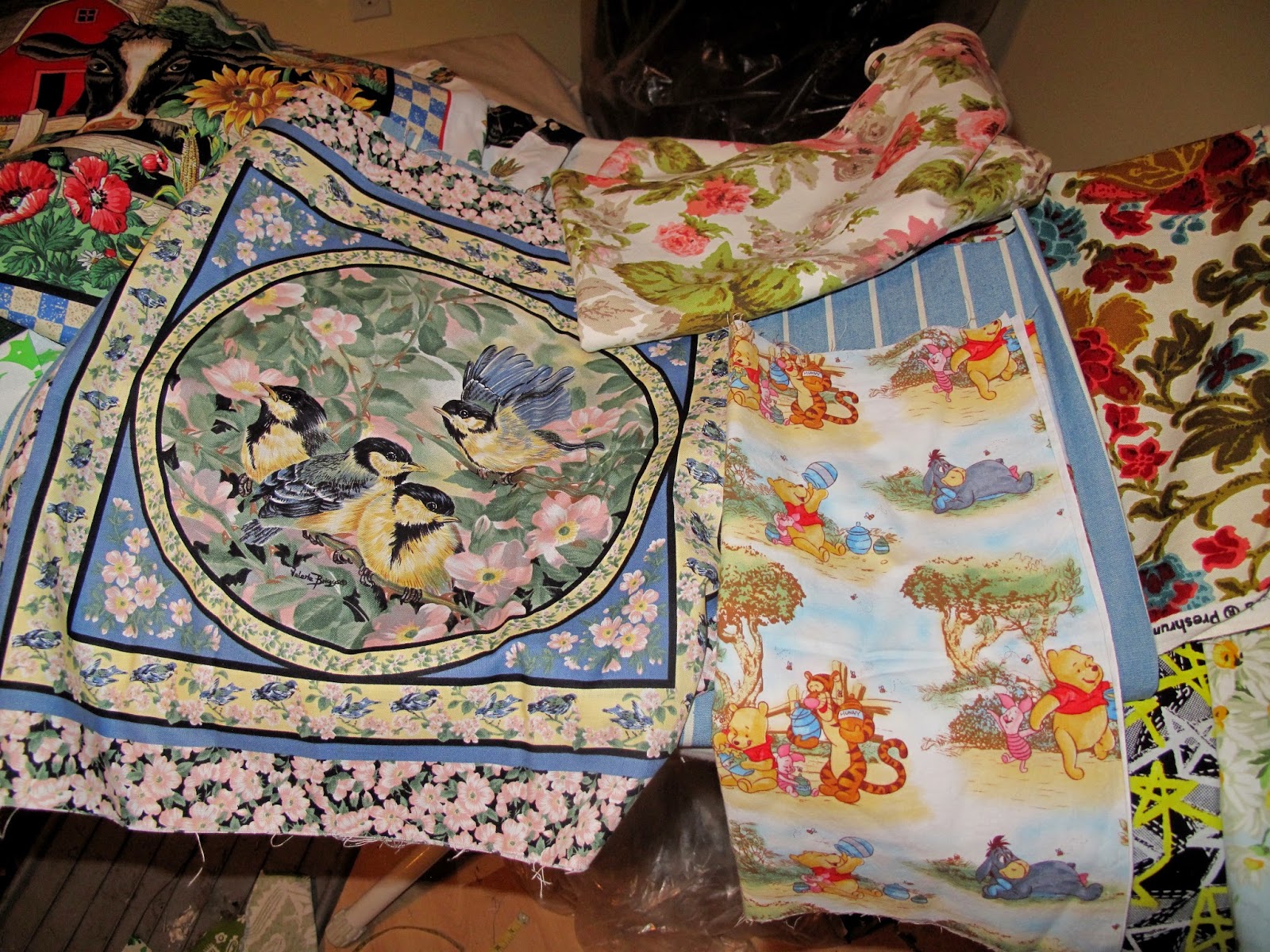 I also got six of the pillow panels.  I don't make pillows out of them, I sew them on the sides of some of the bags. 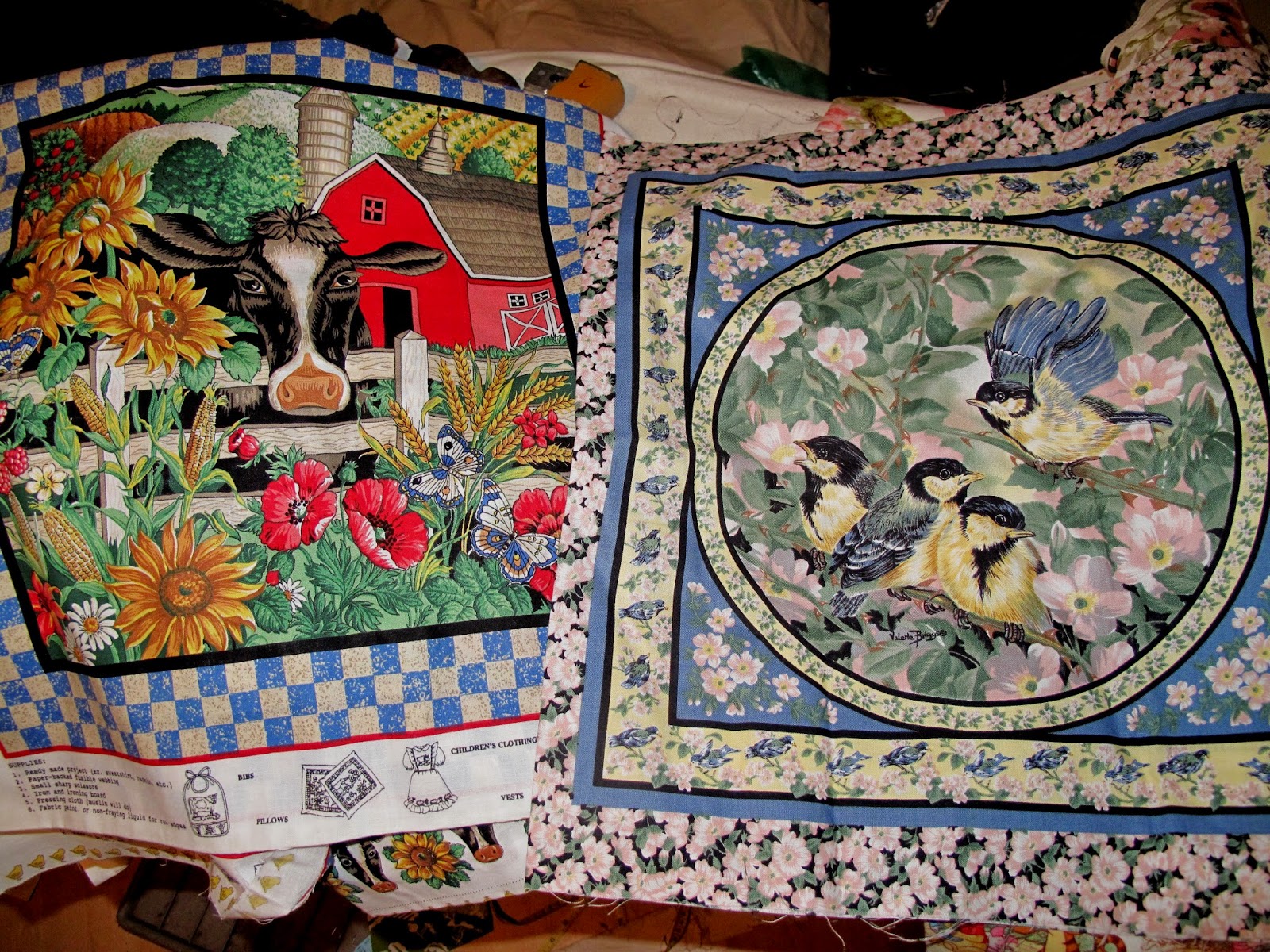 The birds are cute, and the cow looks a little.....mad.