The boys left early this morning on a four day Landrover adventure, with the Landrover club. 10 or 12 trucks or so all heading out into the wilderness.  They have lucked out and if the forecast holds, will have four days of perfect September weather.  David was going, his girlfriend was unable to go, and there was a seat available.  I encouraged Larry to go along.  We don't get much chance to do things on the weekends in the Summer, not together anyway, so I pushed him to go.  I would have liked to go myself, but knew that if someone had to go to the market this Sunday, with all the vegetables that we have to pick, it had better be me.  (Just so you know, Larry is NOT a gardener). But I'm envious.  Maybe not envious of the bathroom arrangements, or the sleeping arrangements....but envious of all the beautiful scenery they will see.  So bright and early this morning they loaded the last few things into 'Gruff'. (As in billy goat gruff.  The other club members say it is like a little billy goat, small and short and able to get just about anywhere) 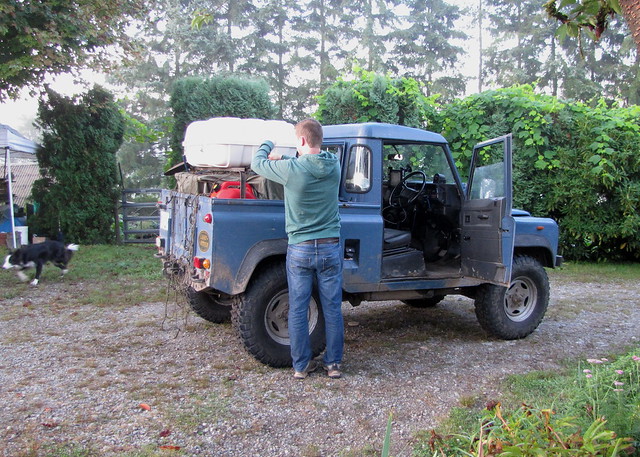 Thanks to me, Larry, despite his clipboard and his lists, will have a pillow to sleep on tonight and a towel to dry his face.  I tried to not get too involved....ha ha....but I did:)  I did add a couple of  other things last minute. 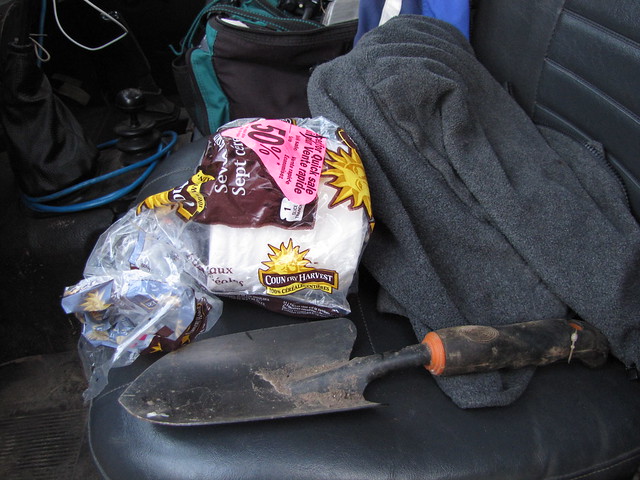 They have a big shovel and lots of toilet paper in a bin packed in the back of Gruff, but that doesn't do you much good when 'ya gotta go' in a hurry. I said that if it was me, I would like some kind of fold up toilet seat on a stand.  Larry said there is one guy that has one, he uses it to sit on around the campfire.  Bet he doesn't have to worry about someone stealing his seat!

All set to go! 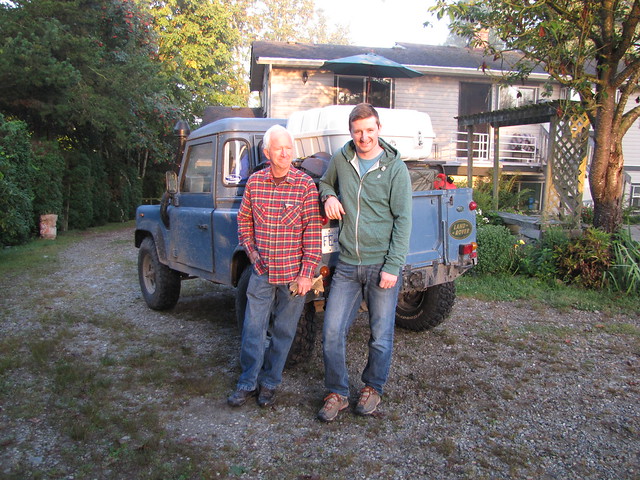 And they are off. Yep, Gruff is a right hand drive.  Larry is down the driveway waiting to close the gate. 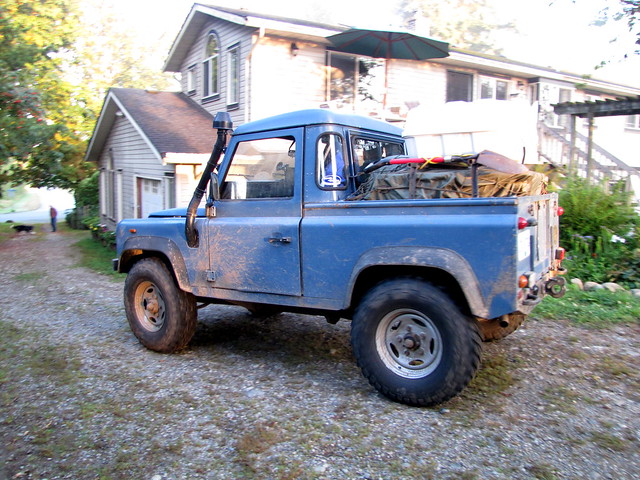 You can see that Gruff is all set for some deep water with that snorkel.  Don't think they'll have to worry too much about that this trip.
If I was feeling overwhelmed before...by the time the four days are up I might be pretty b*tchy, not that I haven't been already.  I got off to a good start this morning, but things went downhill from there.  Oh well, what gets done, gets done, and the rest will still be around, or will rot, by the time I get to it.
Posted by Karen at 11:25 PM