A Bit of Good News

Larry had an 8am appointment at the opthalmologist yesterday.  We were there nearly two hours.  We had to wait when we first got there as the technician takes one after the other through some sort of tests sat in front of a machine. (Wow, does that sound technical or what, NOT!)  Then she took us into another room, apologized for the closet like size of it, said that one of the usual rooms was being used by another doctor.  Did the reading of the letters on the wall test.  I remember last time when she was rather taken aback that Larry couldn't read the first letters she put up, and she had to bump them up several sizes.  This time I thought he was reading smaller letters, and said as much to Larry.  He asked me about the different eyes, both the technician and I laughed, that was expecting too much, for me to remember which eye was what.  Anyway, he went from 20/90 in the left eye to 20/70 and from 20/60- in the right, to 20/50.  Then we were kind of forgotten in that room by the Dr., as it is not a room he usually rotates through.  He eventually came in full of apologies, and then decided Larry's left eye needed to be dilated after he described weird flecks and a barcode like line he was seeing in that eye.  More waiting, the Dr. came back and said he wasn't seeing anything unusual on the retina.  The good news is that he gave Larry the okay to drive in the daytime.  The not so good news is that he has decided to send Larry for a consult with the specialist that does the corneal endothelial cell transpants (see Fuch's Dystrophy).  He figures that Larry is going to need that done eventually, maybe sooner rather than later.  Larry's mother had the same problem, it is hereditary.

And because I don't have any nice pictures to go with this bit of news, here are some I took at the dyke a while ago, that were meant to be in one of those blog posts that never happened.

Calli found herself a massive rock 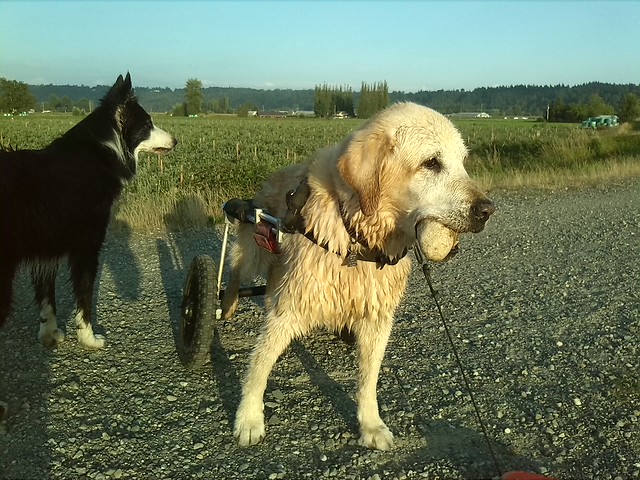 Our first selfie.  How unflattering is that!  I was squinting like mad trying to see the screen on the phone, and praying that Calli wasn't going to drop her rock on it while I fiddled around. 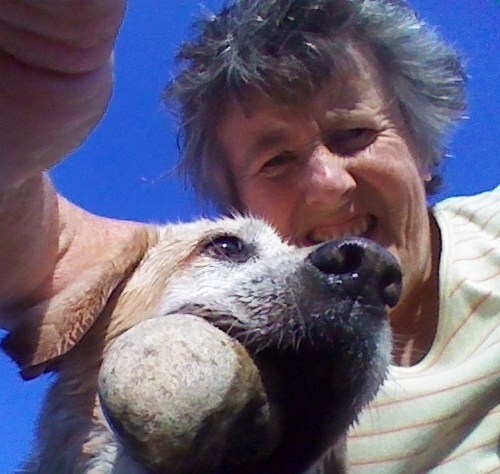 And then some fun with the setting sun and making silhouettes, sort of. 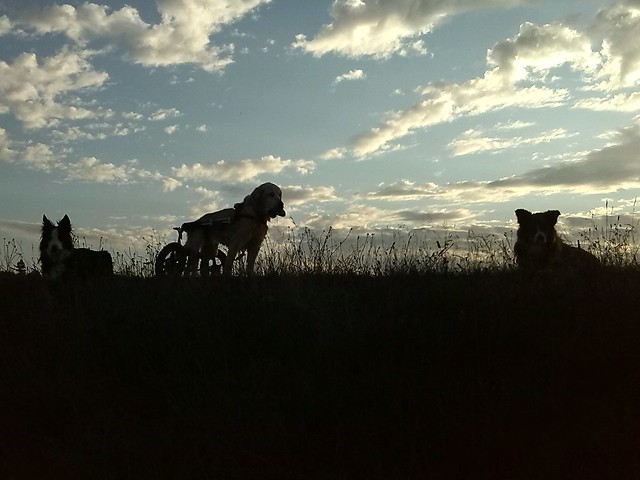 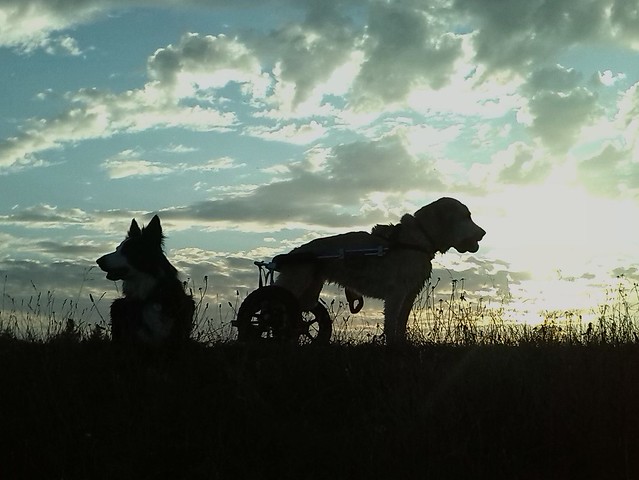 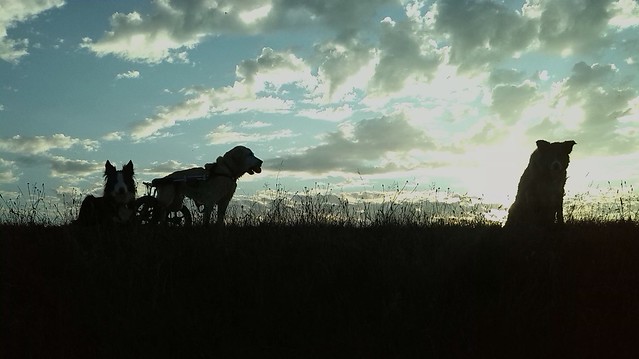 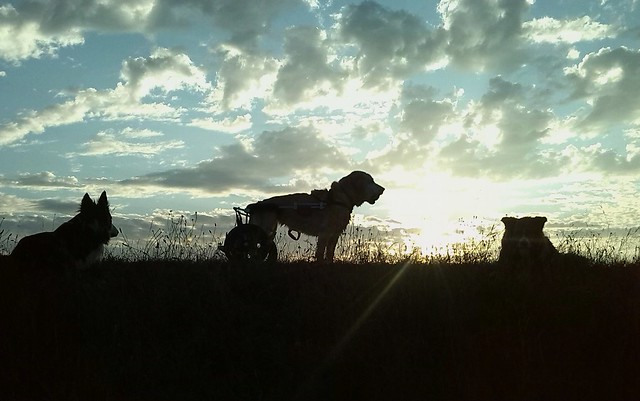