Last week we spent a few days in Oliver.  Just like we did two weeks before that. It's kind of a quick trip early in the week, a couple of full days there, and then back home again on Friday, just in time to get ready for Saturday's market.  Since we hadn't been there since the beginning of May, missed all of June, and didn't manage to get there again until early July, we knew things would be kind of dry.  The lawn is dead, except for a few green weeds.  It's kind of sad, I love green grass, but I suppose it saves the worry of having to keep it cut.  We made a point of watering all the plants when we were there.  Luna is keeping an eye on the hose that's watering the cotoneasters along the fence. 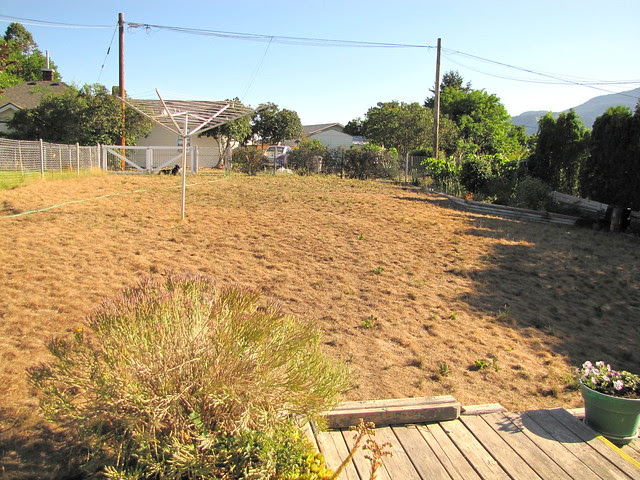 Despite all that dryness though (there was only 1.17" of rain in all of May and June), somehow, two petunias had seeded themselves, grown, and were still surviving.  Last year that plant pot was a mass of petunias.  They died in late Fall, got pulled out, the pot sat out there all winter, and somewhere between the beginning May and the beginning of July, two seeds sprouted,  grew, and survived, on next to no water.  Two tomato plants in the vegetable garden did the same thing. 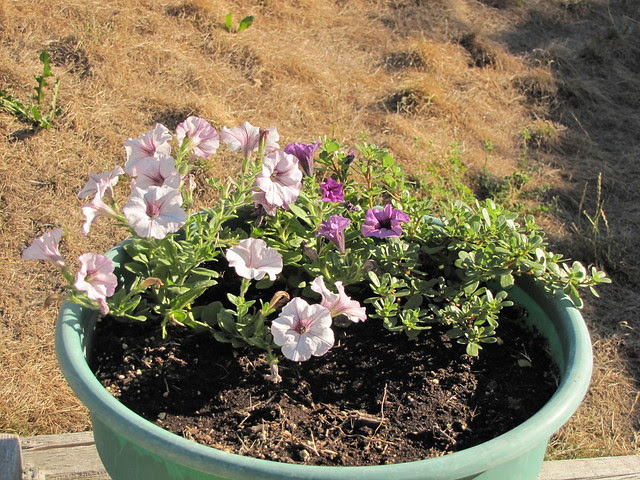 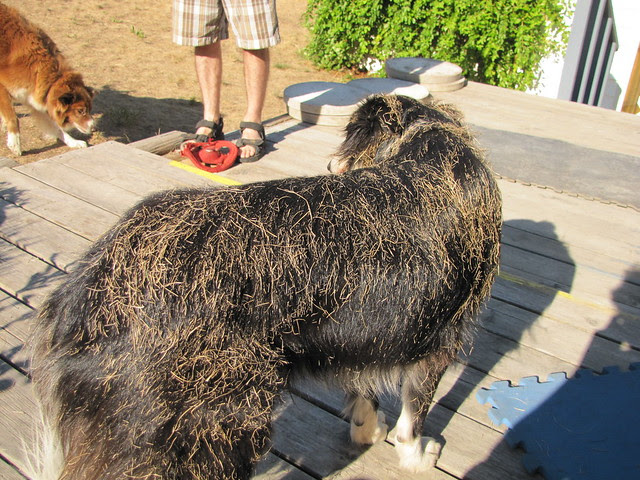 And you can see that Larry is standing by with a brush, because we also have one of those great magnetic screen doors there too.  If she doesn't shake, she just loves to bring all that dead grass inside with her.  I think she's going for the camouflage look. 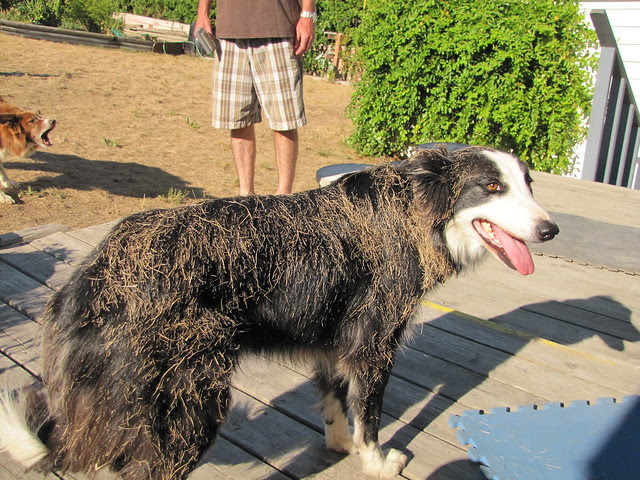