Here's a couple of other furniture bits that I've painted lately.  This old kitchen chair had been painted white, but that was a bit stark for the place I wanted to use it.  It was in great shape though, no loose legs or rails.  $2.50 at MCC Furniture and More thrift store. 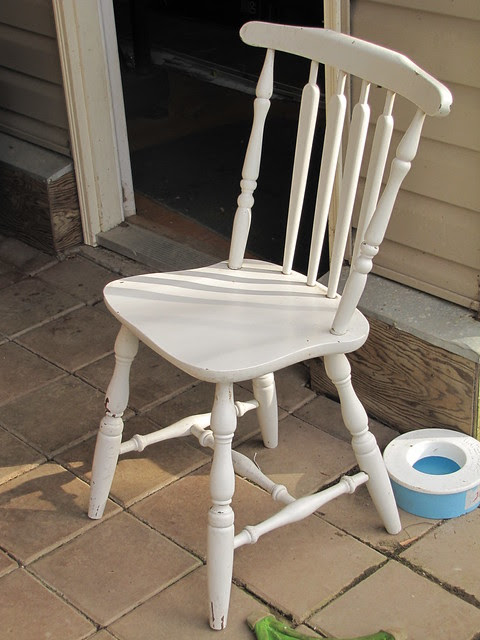 I wanted a small chair in the bedroom to put my clothes on.  Up 'til now I've been piling them on a bench at the end of the bed.  The pile was getting pretty deep, because the size of the bench enabled me to let stuff accumulate.   We make jokes around here about horizontal surfaces....The rule now is that my clothes have to be on the chair.  We are constantly changing clothes, or at least it seems that way some days.  And the jeans or shorts that I wear around the farm don't get washed the minute they get dirty.  I just put them on again the next day and add another layer of dirt.  The chair had to be small, because really there wasn't much room to put anything else in the bedroom.   It will go on the wall by the bottom corner of my side of the bed, just far enough back that there is room to swing the closet door open, and leave just enough room to get past it down the side of the bed.  I always wonder when I see the photos of wonderful looking bedrooms, just where are the clothes that have been worn but don't need washing yet?  I can put clothes on in the morning for being outside here, then have to change them to go out to the store, then change into something else to do a run, then change back to farmy clothes, but maybe something cooler than I had on before.
Right here next to the laundry hamper it would be blocking a door, and that's where Luna's bed is anyway. 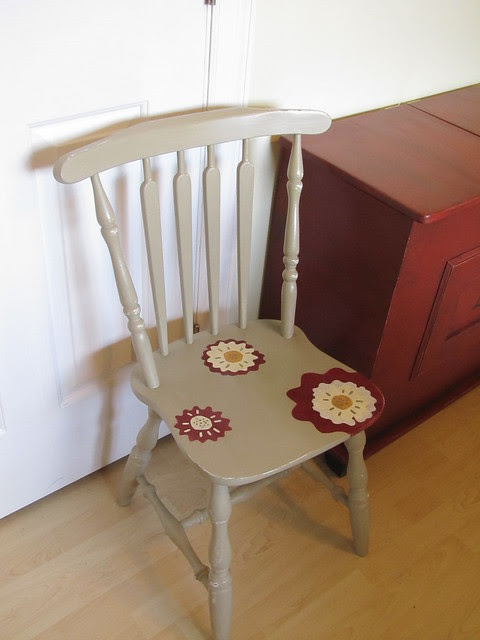 It's got some funky looking flowers on the seat, but most of the time those won't be visible under the clothes.  The red matches the laundry hamper 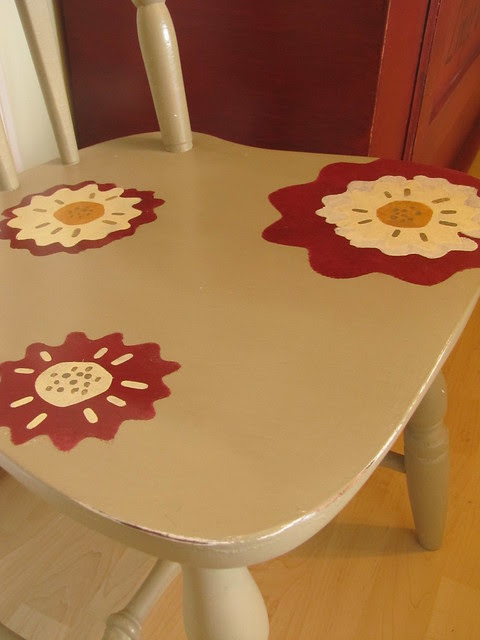 It's got a nice rail along the back to drape stuff over it.  Certain things I will put back in the closet, but other things I want to wear them until they need washing.  Maybe I don't do laundry enough? 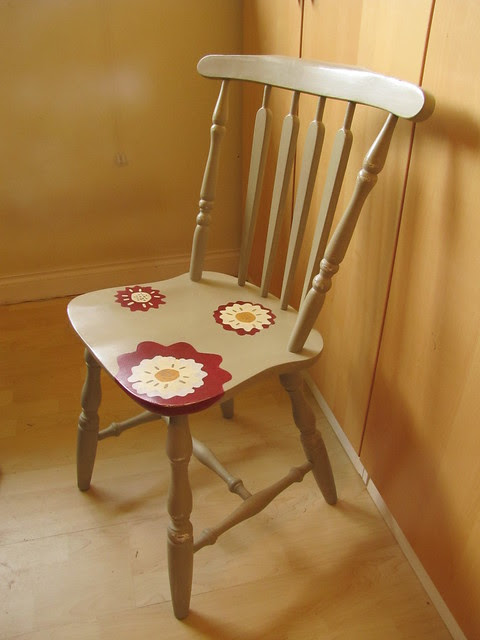 While I had that greyish green paint going, well it started out quite a dark green and I played around to lighten it up, I painted this old magazine table at the same time.  It's a really rough piece, cut out of a plank, so the top has warped.  None of the saw cuts were sanded, the routed edge was rough.  One of the nails through the end piece into the side had totally missed it's mark.  I banged it out, pushed the side in, and hammered the nail back into place.  I left all the saw ridges, holes, dings and  cracks.  That's part of it's charm.  It cost me $7.50 at the same store. 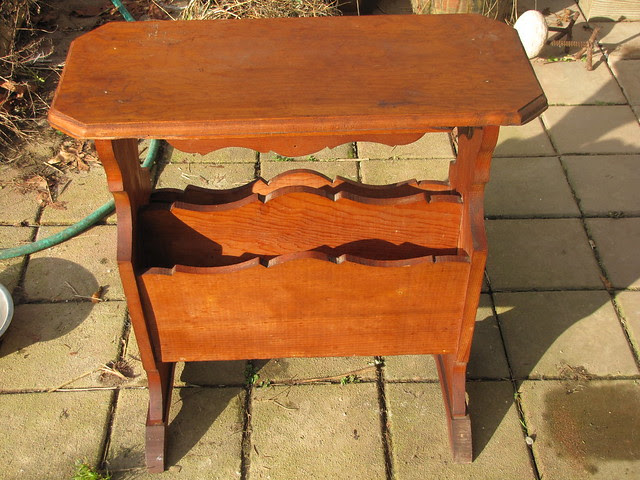 I played around with a bit of a white glaze on the top edge. 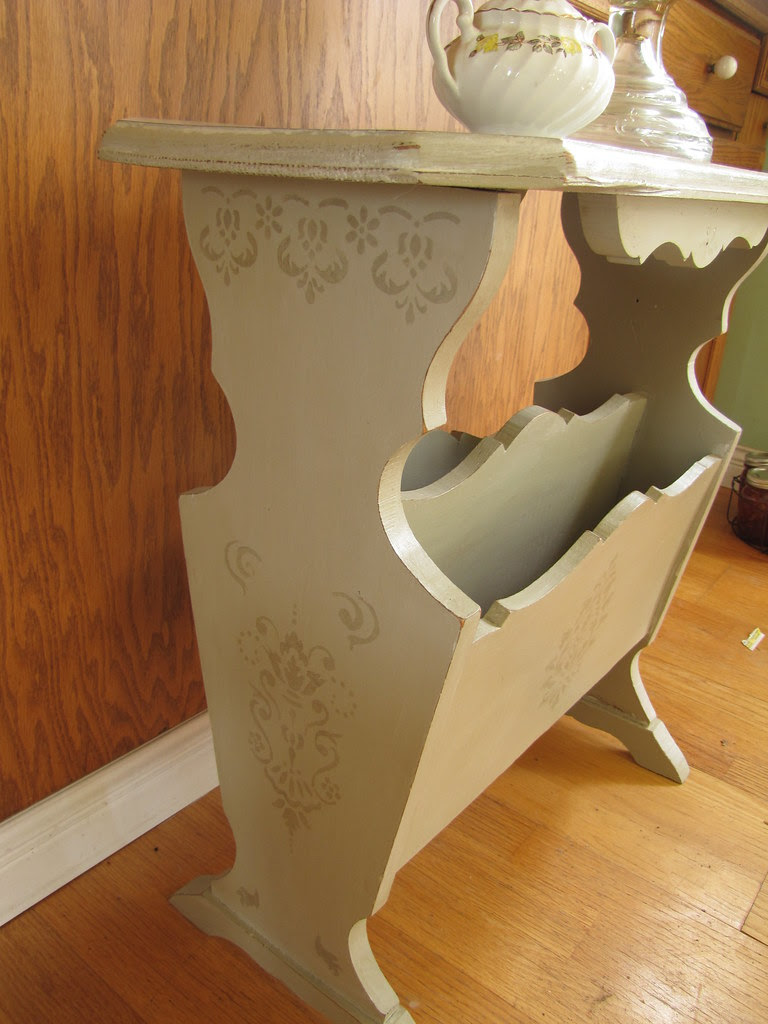 Added a Dollar Store stencil on the sides and top out of a darker version of the main colour. 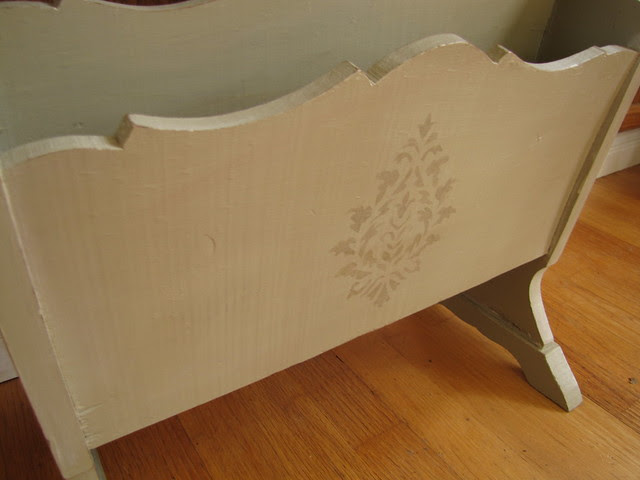 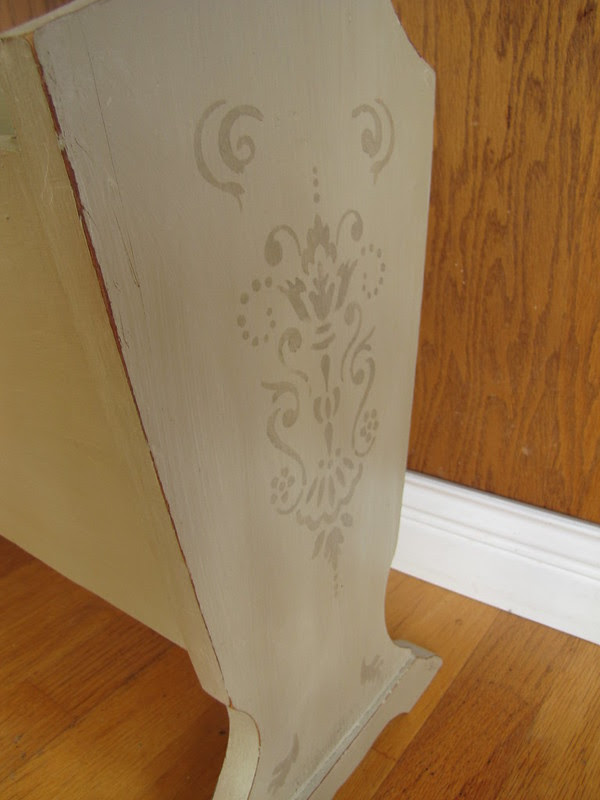 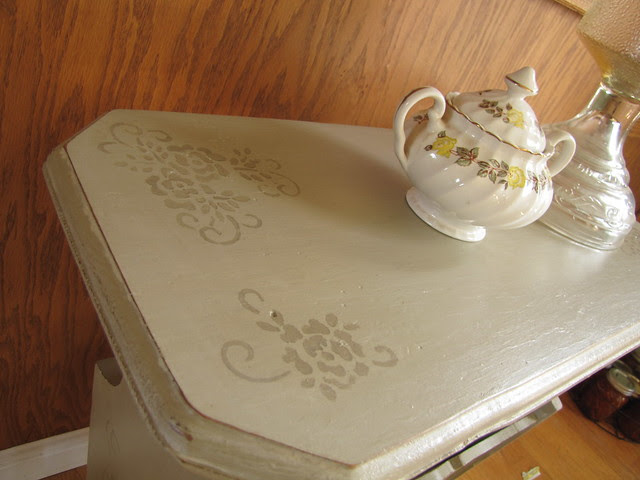 I really like it, but don't actually have a good place to put it.  I might try to sell it.  Maybe I can take it to the farmers market.  I have the booth with the most variety of stuff already, why not add something else totally different? 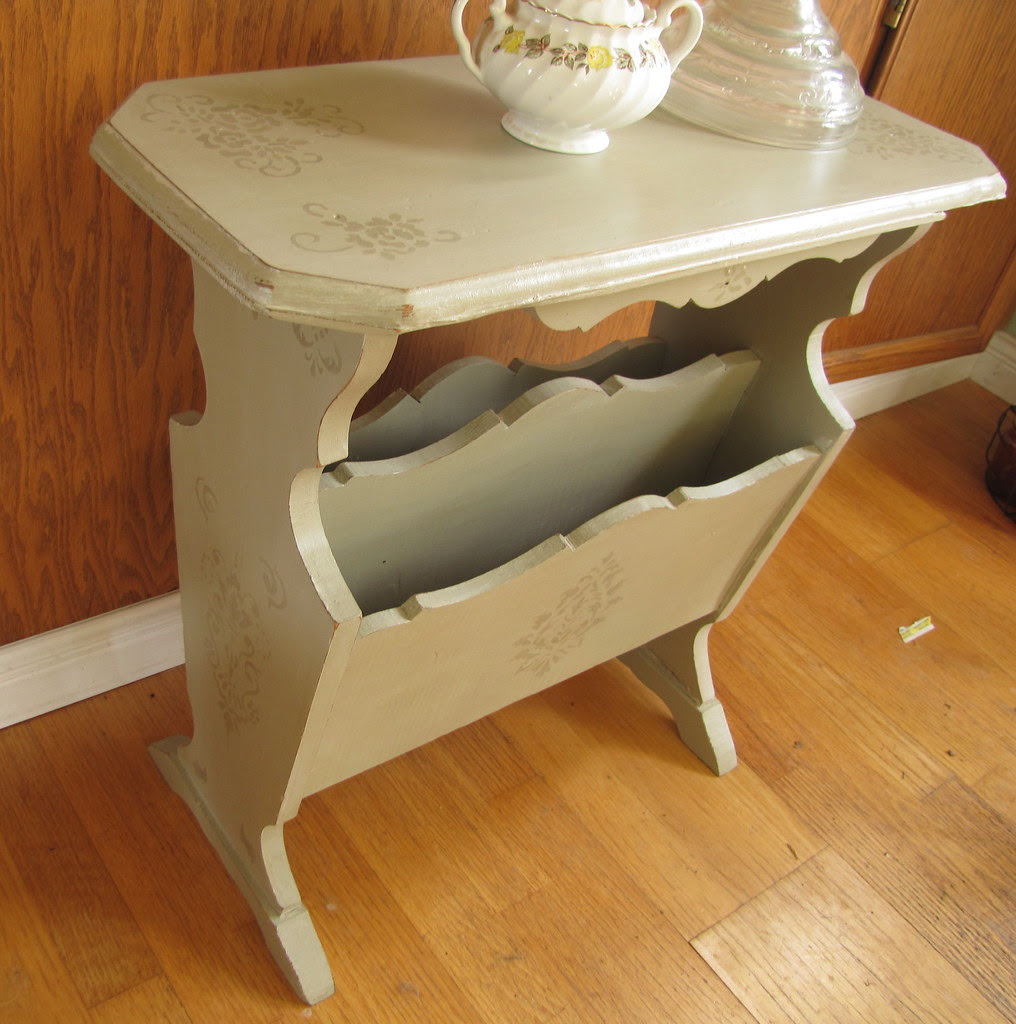 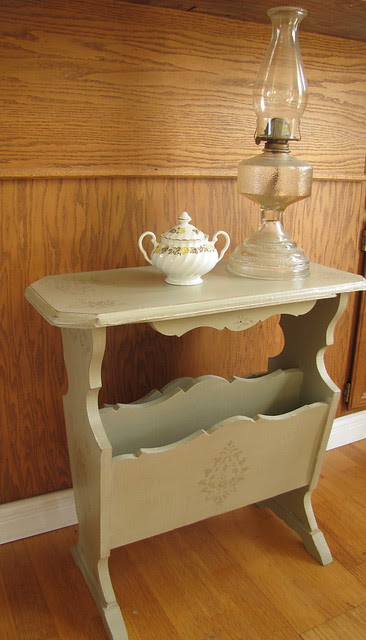