What a shock at lunchtime today to hear the horror story coming out of Boston.  So very very saddening, sickening and scary.  There is just no understanding of the insanity of it, my heart goes out to those affected. 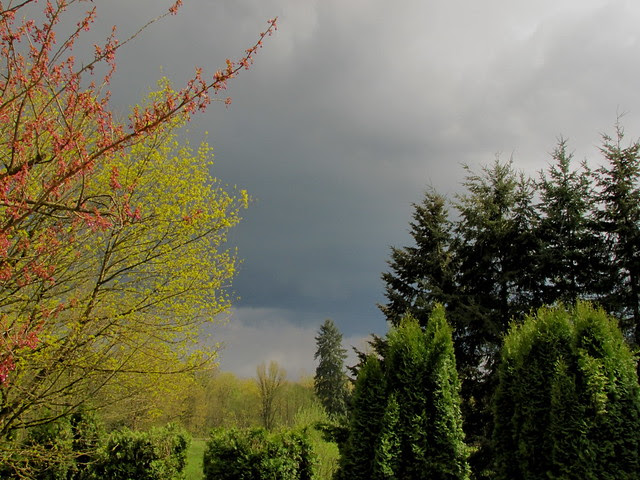 It does hit close to home.  The run Meredith and I are doing on Sunday is among the largest 10K races in the world.  As of last night there were over 44,000 people registered.  We are in Canada, but that does not negate all chances of an act of terrorism.  The bombs in Boston are sure to be on the minds of many as we run on Sunday.  I know it will be on mine. 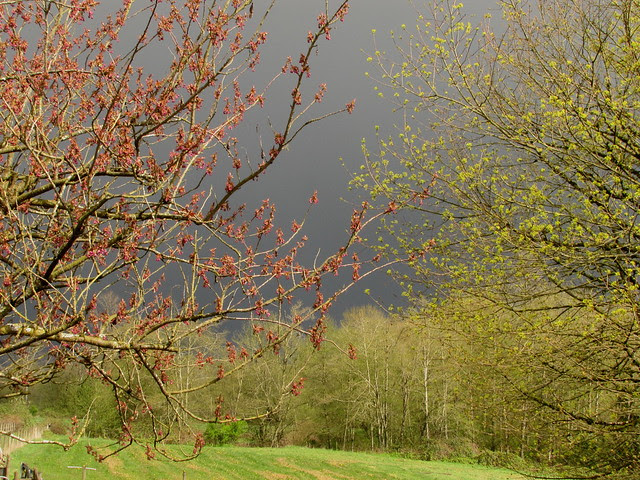 We are two training sessions away from the race.  Meredith has had no trouble with her plantar fasciitis.  The knee I messed up last year has given me some issues on and off.  Usually felt better instead of worse 10 or 15 minutes into a training session , and the last few runs it has felt pretty good right from the start.  We are as ready as we can be with the training we have done. 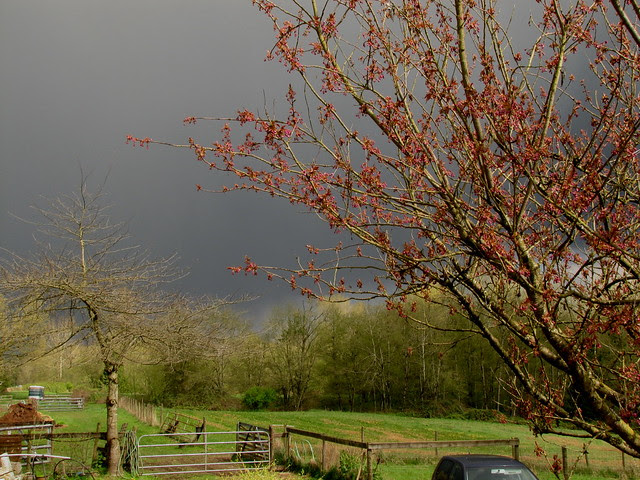 This afternoon we had quite a storm move in from the east.  The sun was still shining on us for a while.  There is a very faint rainbow just above the roof of the barn.  Then it clouded right over.
There were flashes of lightening and lots of thunder rumbling.  The only one bothered was Jake.
The sky was incredibly dark. 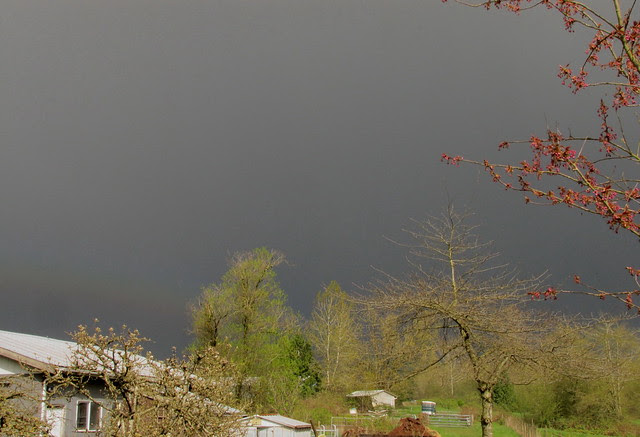 We got a shower of rain, and then it did clear up again.
For many people in Boston, and elsewhere, this day will always remain dark and dreary. 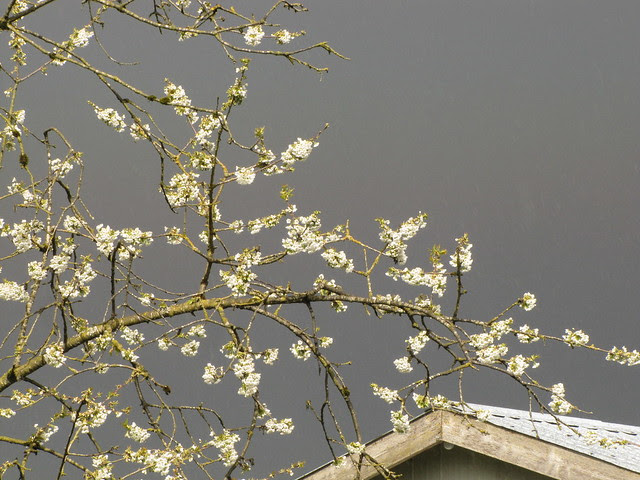