The Rover has Landed

Much to David's relief, his landrover, the British import, finally arrived home today.  It's been sitting at the port in Tacoma for the last 12 days.  Red tape and Union pig headedness has kept it there far longer than David had expected.  Apparently, the powers that be decided that the landrover needed to be washed.  Since it was a farm vehicle, it could be transporting contaminated soil or other debris from Britain to North America.  Now in all honesty, wouldn't it have made much more sense for it to be 'decontaminated' before it ever left British soil.  Apparently it was the luck of the draw as to whether the washing would be required or not, and luck was not with David.  And then the employee's union at the port was not allowing another company to come in to do the washing.  That meant they had to find a bonded carrier to take the landrover from the port to an off-site washing facility.  David was on a first name basis and in daily contact with people in Tacoma.  Whatever they washed the landrover with must have contained gold flakes, considering the exorbitant amount he was charged.  It was finally confirmed yesterday afternoon that the landrover was free to go.

David and Christina left about 5 this morning and arrived back 12 hours later with the landrover on the back of a trailer.  Here it is a few seconds into it's first trip on Canadian pavement. 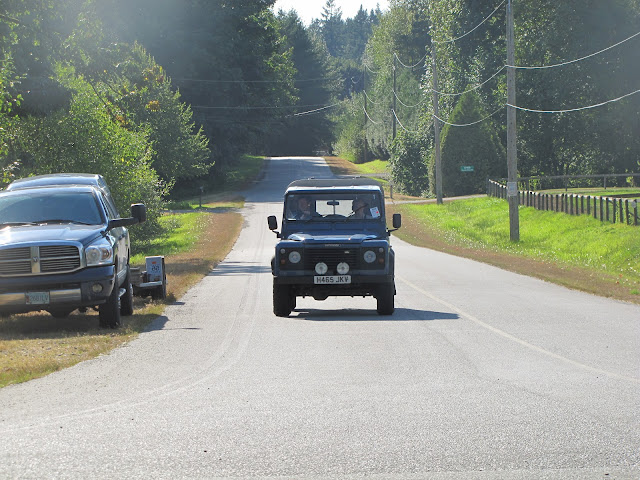 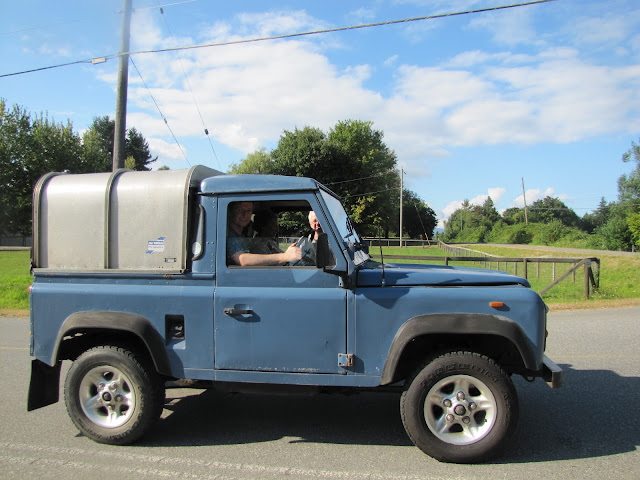 And up the driveway 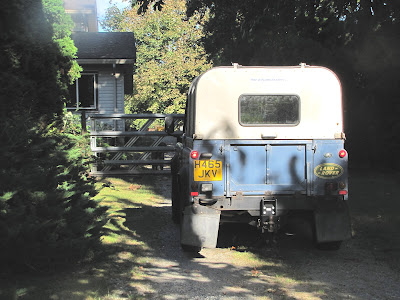 Checking out all the lights 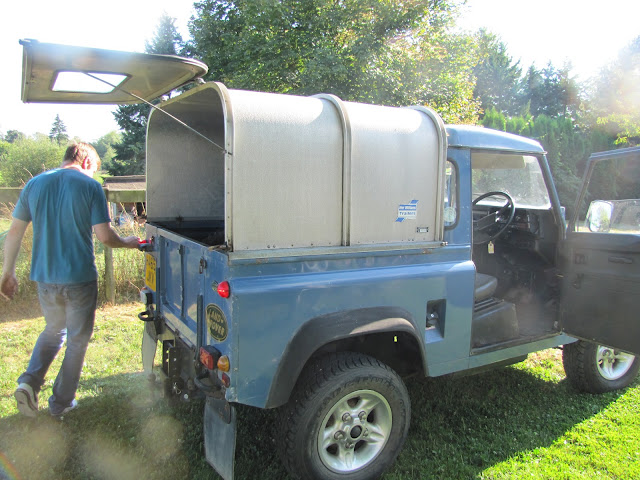 And all Jake felt was frustration.
All these people standing around, and no one would throw the toy. 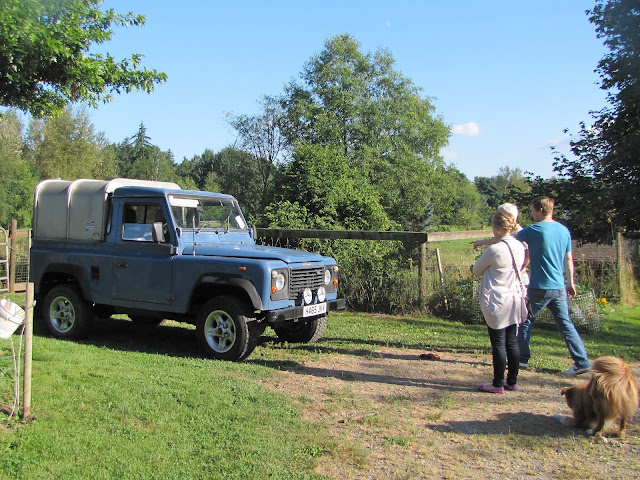