We Canadians are generally a low key type of people, but every once in a while it's nice to let our patriotism shine through.  And  July 1, which is Canada Day, is the perfect time to do it.  So let's all sing along......
And then something maybe a little more entertaining.....
And we went to the Canada Day celebrations in Mission, where our club did a flyball and agility demo.  It's always a lot of fun and the setting is great, with a creek close by for the dogs, and a big off leash field.  This year the weather wasn't so great, but other then a few light showers, it was fairly decent.  Never really got sunny, but it could have been really wet, and it wasn't.  I think there was about the same sized crowd as last year, even though the weather was no where near as good.  It is a large event, very family oriented, starting with a pancake breakfast in the morning and concluding with fireworks at night.  We can hear them going off now from our place.
Our row of shade or rain tents. 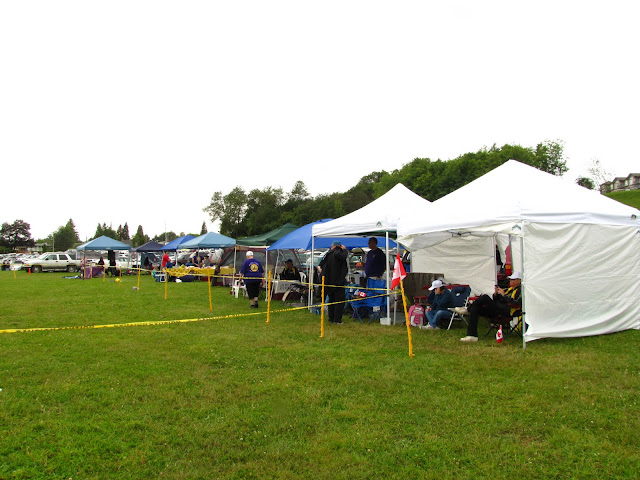 And the ring out in front between demos, so no crowd to be seen. 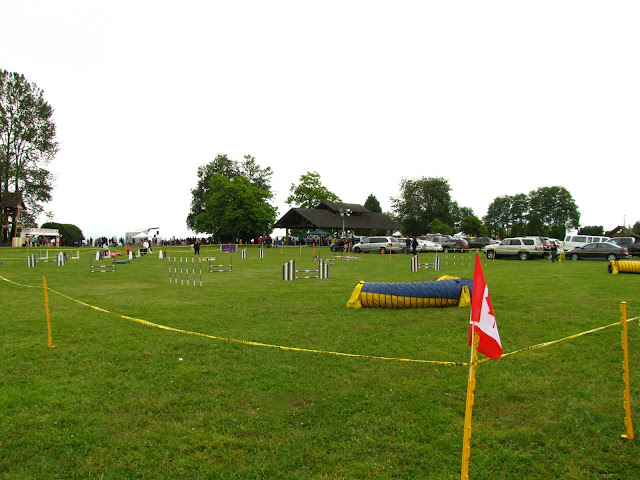 Quite a few of them were lined up for the hay ride. 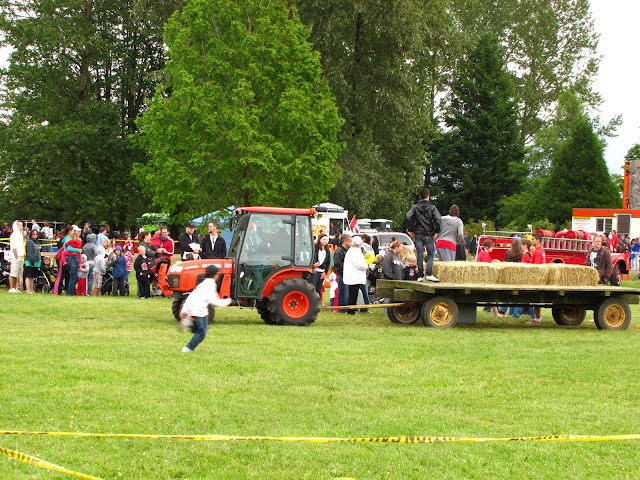 We started off with a flyball demo, and then an agilty one, and we did that three times during the day.  So here's a clip of one of the demos.   I couldn't figure out how to attach some 'Oh Canada' music to it, so  just play one of the videos above at the same time:)
Jake is a perfect dog for demos.  At the end of our first run he had the ball I had thrown, and he went around to various groups of people along the edge of the ring, dropped the ball in front of them, play bowed, and waited for them to throw it.  Then as he was bringing it back to them, sometimes he would spot someone else, it is was like he was thinking, 'hey, there's someone else that would like to throw the ball to me' and he would go to them and do the same thing.  It's really cute and of course the crowd loves it.
He's tired out after all that work though. 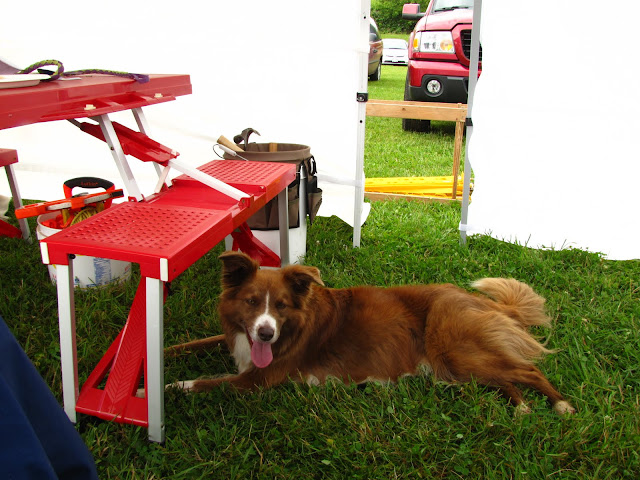 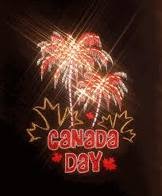