Just some random stuff......
I brought home a 20 lb case of cherries today 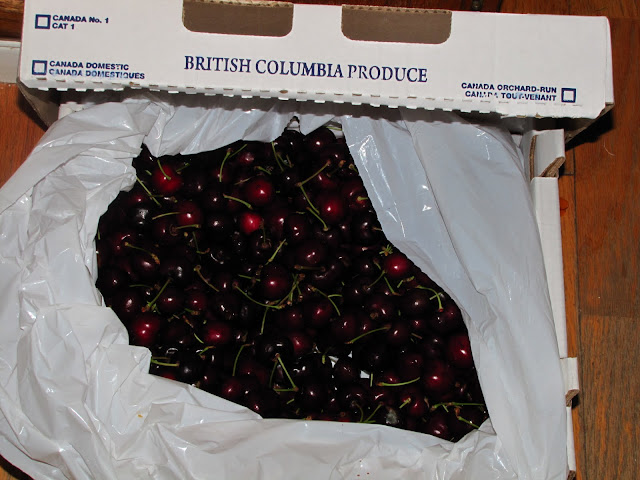 We have two ratty looking cherry trees, but most of the cherries are high up, and we don't get them, the crows do.  And the ones that are dropped to the ground are eagerly gobbled up by Calli, and what ever chickens have escaped into the back yard. 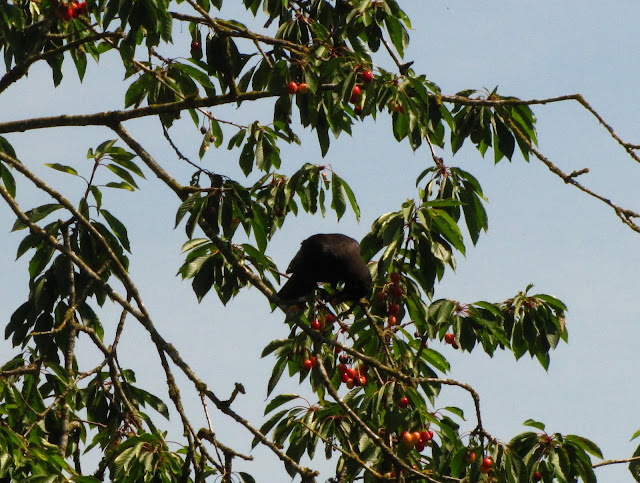 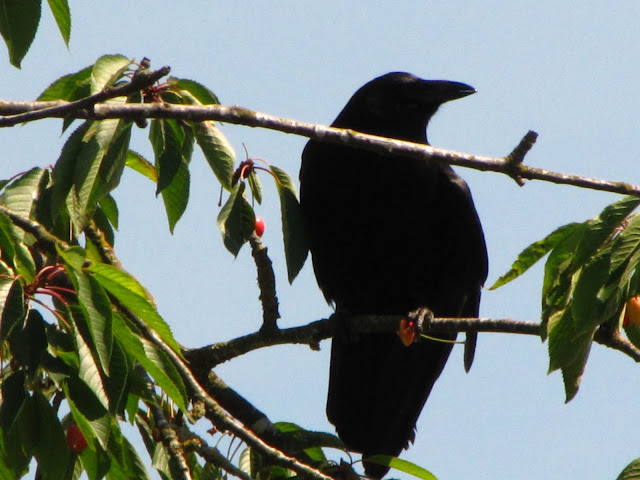 And after pitting cherries, my hands look like this.  Actually, the real thing looks worse than this, the flash must have made my hand look better than it really is. 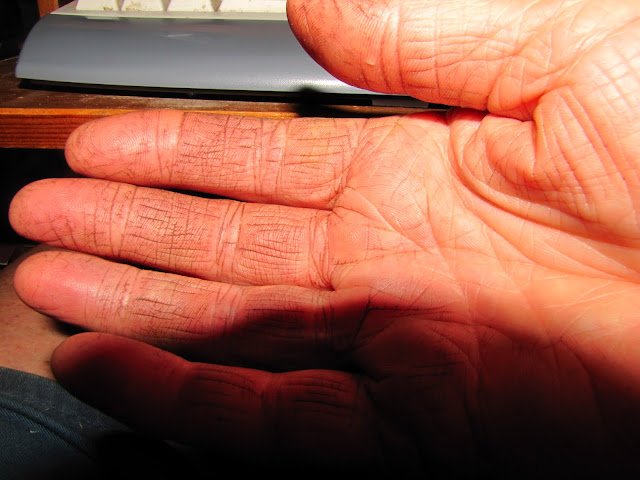 And I must have done something right, he does his own laundry, and hangs it out on the line too:)
Good thing he doesn't read this blog... 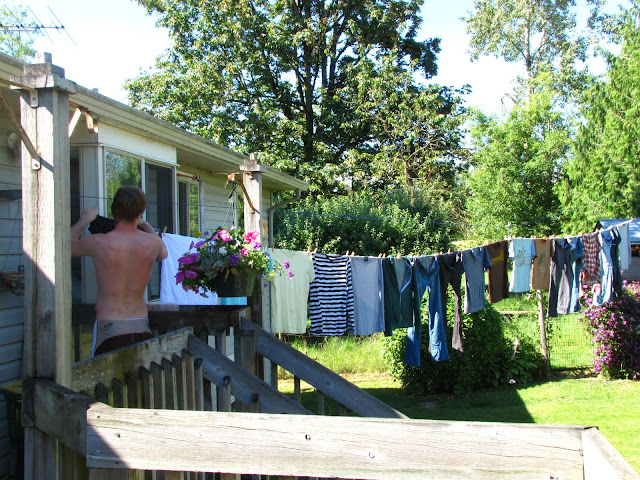 The coyotes have been really vocal lately.  I keep hoping to get their singing on tape, but every time, by the time I get back outside with the camera, they have stopped.  This one was in our neighbours, close by our fence, sitting with nose pointed in the air, and then headed over to the other end of the field, before stopping to look back at our barking dogs. 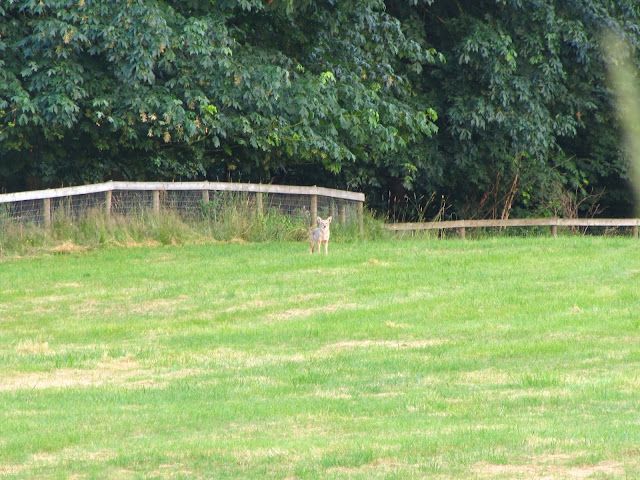 Less than three weeks until we head to Calgary for the agility nationals.  Not that I had any great expectations when I entered Jake.  It was more just for the fun of being there at the lovely Spruce Meadows, and one way to get us away from here on a bit of a holiday.
On Monday night at our agility club practice, Jake was doing the dogwalk and teeter just fine, and then all of a sudden the teeter was freaking him out, and he was jumping off the side.  We worked through that with the help of the ball.  Last night I went to a friends close by, and practiced him on her equipment for 10 minutes or so.  She has a teeter with the new rubber coating, so thought that might be an issue, but no problem.  This time he refused to go up the dogwalk, and finally I had to hold onto his collar and coax him to the top.  He is a funny little dog:(  I'm not really stressing about this though, what the heck is the point.  Whatever happens, happens.  He could be freaking over either the dogwalk or teeter, and then be okay when we actually run there, or he could be perfectly fine with them, and then not do them when we get in the ring.  Oh well, I'll make the best of it, and just have fun with what I get.
Posted by Karen at 11:06 PM