It's done, thank dawG
Here's Baler Neighbour heading into the small north field, the last one.  After another false start, and the comment was made to Larry 'where'd you learn to make hay anyway', and Larry had to re rake all the fields to dry out the moisture in the bottom of the windrows.  Larry just let him say whatever he wanted, he just wanted to get the hay baled.  I said that I had better stay out of his way then, as I might say something I shouldn't.
And the kicker was that at the end of it all, he wants to charge us 25% more than last year.  Baler twine and fuel have gone up in price he says.  I'm sure they have, but not 25%, and that is only a small part of the cost of each bale anyway.  Yeah, yeah, I should just shut up, but this is my blog, and I'll say what I want to!  Hopefully it doesn't come back to bite me in the butt.  The thing is, you are kind of in a bind, as the hay has to be baled, and if there is no one else around to do it.....
Anyway, I got Larry considering  about getting our own baler, but then how much longer do we want to be doing this anyway? 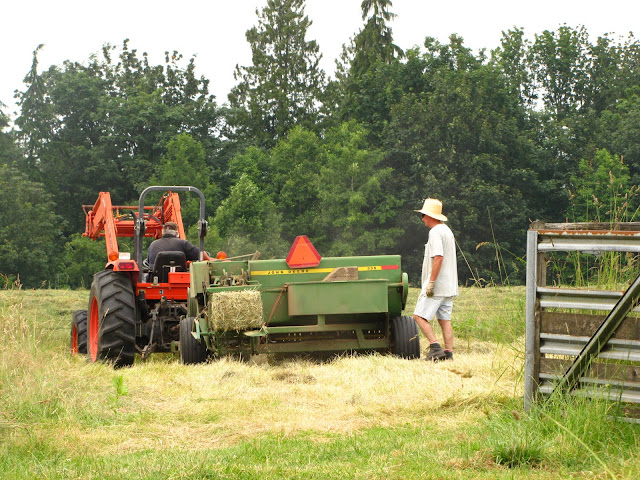 The dogs had been locked in the basement most of the day, as gates were open, and I was making jam. When I was finished, and the hay just about done, I took them round the fields.
There are always a few dog toys that get lost in the field, and re found when the hay is done.  Larry rescued a frisbee, and mentioned seeing something that looked like rabbit fur, and giving it a kick and it weighed nothing.  Obviously he didn't have his glasses on, or he would have realized that yes it was once a rabbit, but the toy kind, not the real kind.
Somewhere out there is a bale with a small flattened soccer ball in it.  I remember seeing it when I was tedding, didn't stop to pick it up, and didn't see it out there yesterday. 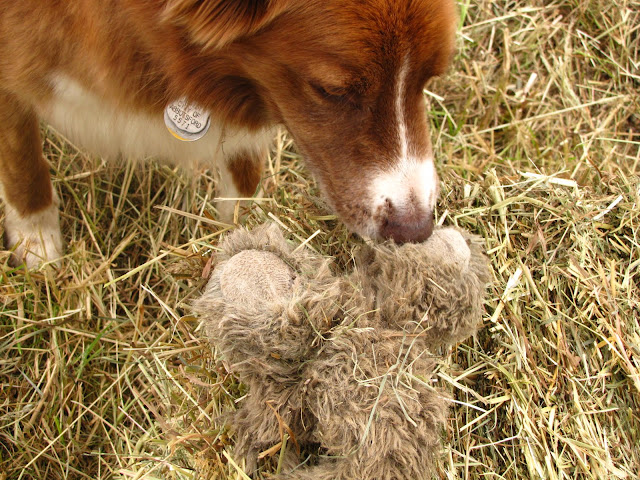 And Luna was just thrilled that she had her soccer pitch back, well complete with obstacles, but that just made it more fun. 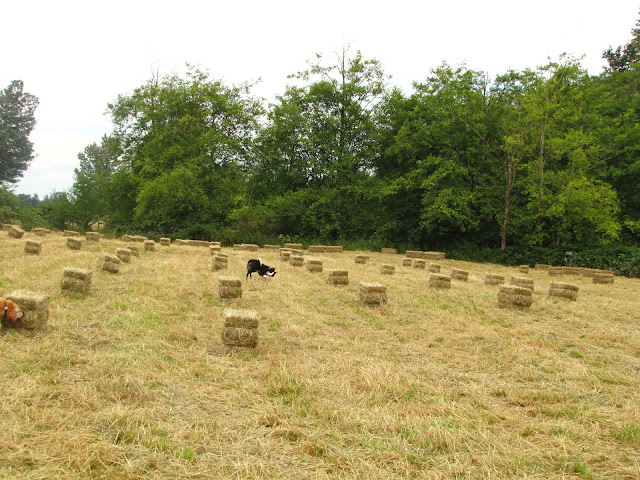 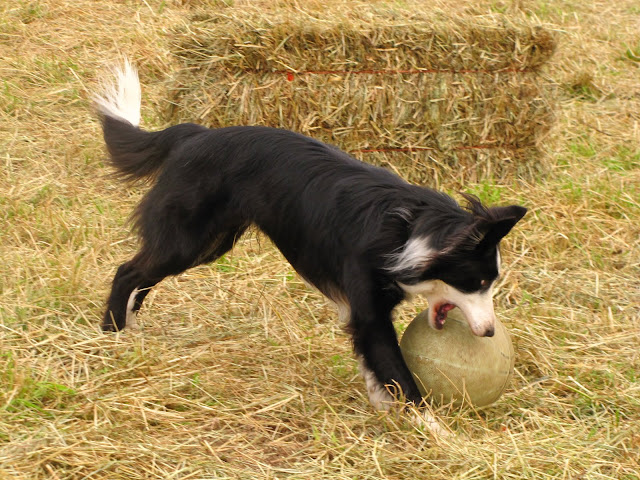 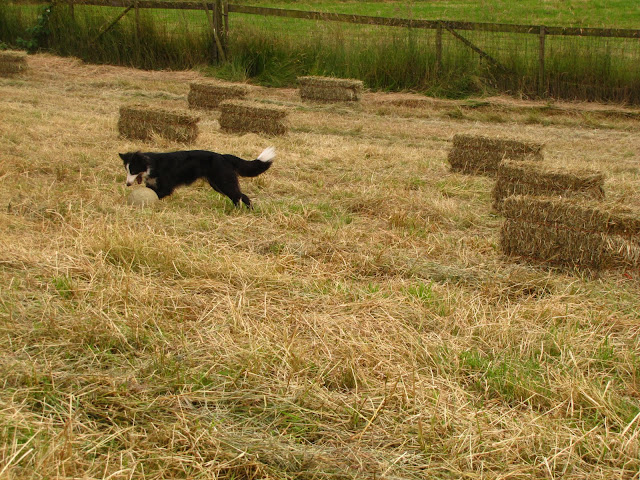 And Jake just wanted to play ball his style 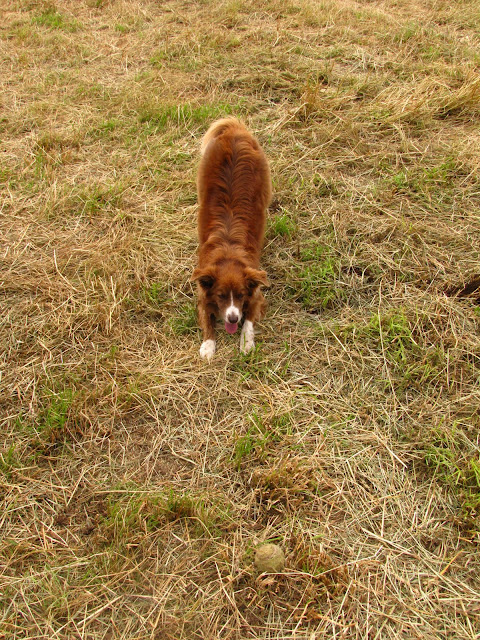 And Calli, well she's a lab, and a lab is a life support system for a stomach (according to a friend who also has a lab)
So Calli was on the prowl for any chopped up voles that the crows had missed. 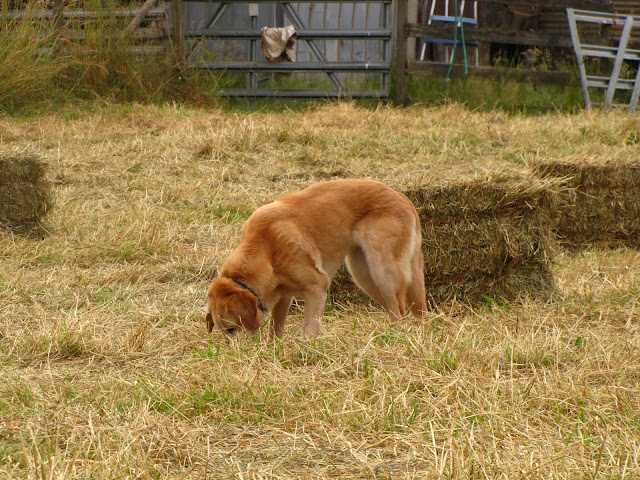 So the dogs did a bit of posing, but two of them decided their noses needed cleaning 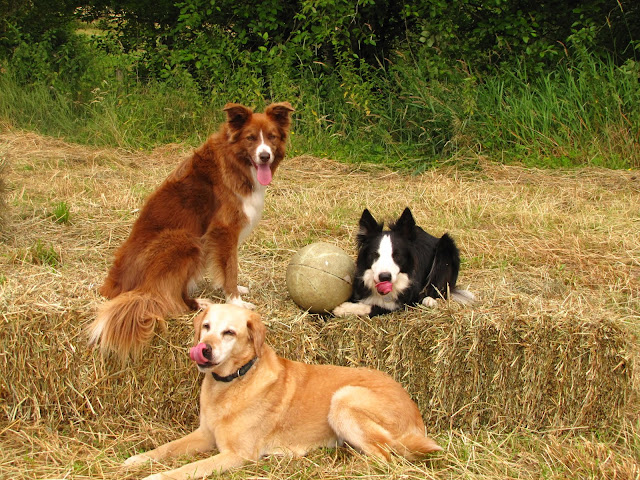 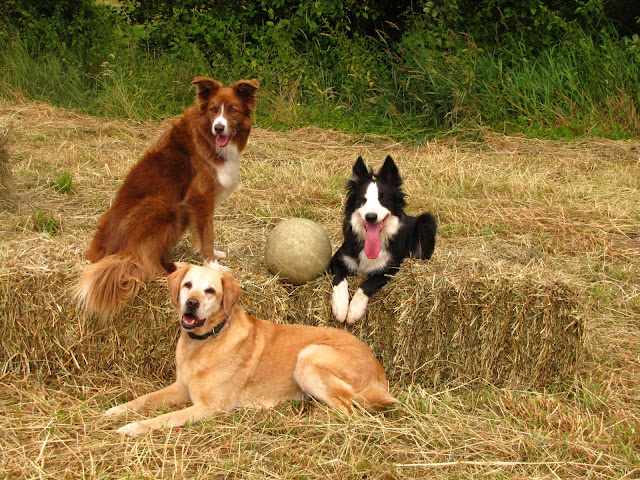 Luna got really hot with all that last minute practicing for the World Cup final
So we headed off to the Wyndson Spa   swampy pond in the hole.  They got cooler, but not particularly cleaner 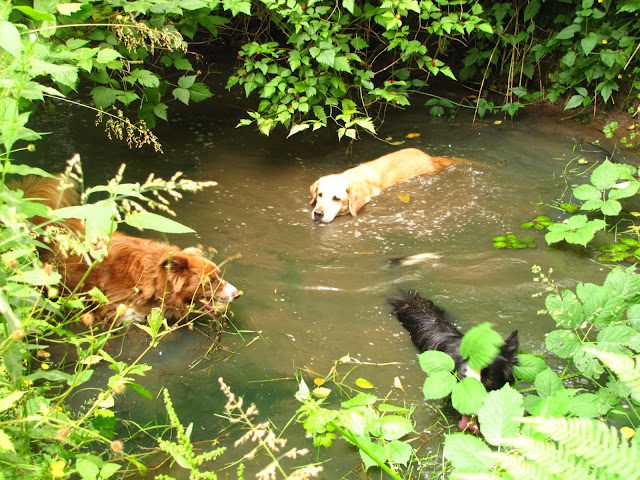 So we headed out to the back field. 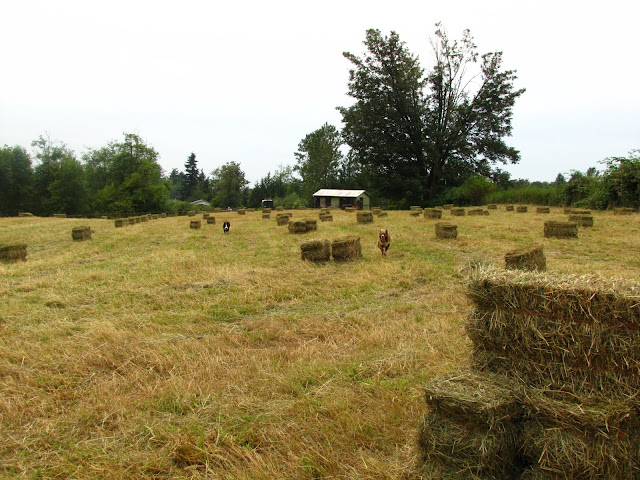 To go with her mud bath, Luna wanted a massage, so she rolled 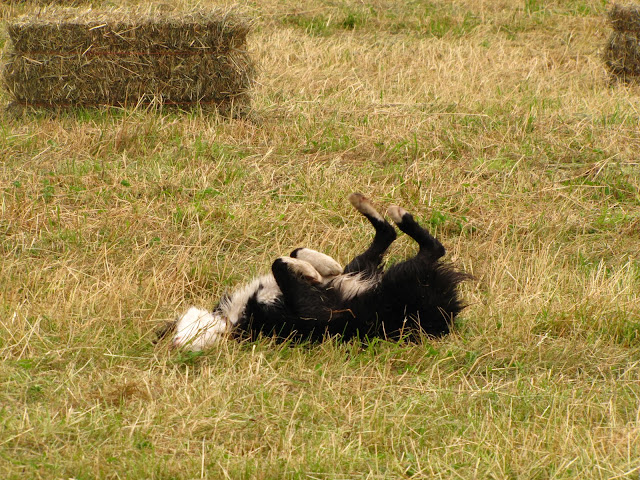 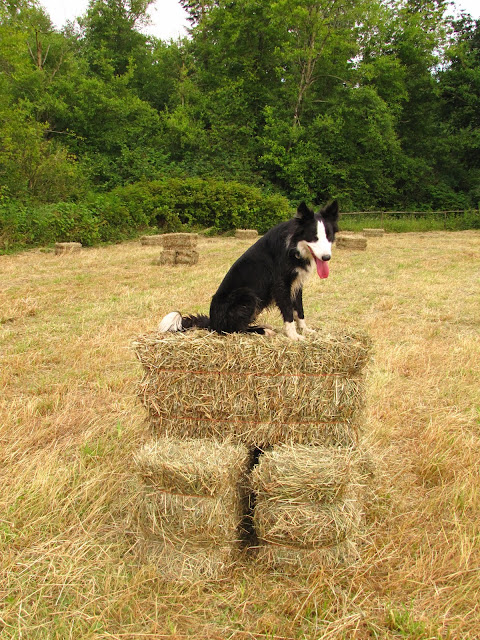 And she rolled some more 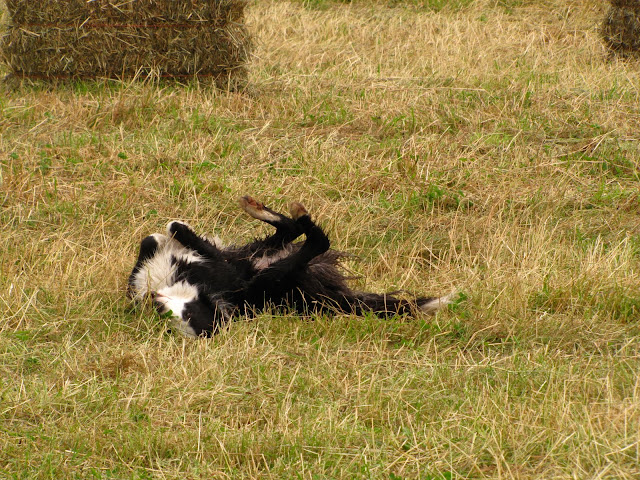 And coming back through the ring, she rolled some more.  She is the rollingest dog I have ever seen. 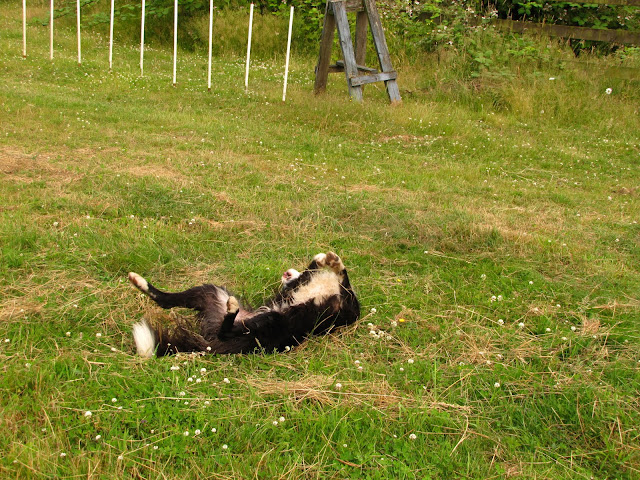 And here's a farmer (dirt) tan for you.  His were just about as dirty as Calli's. 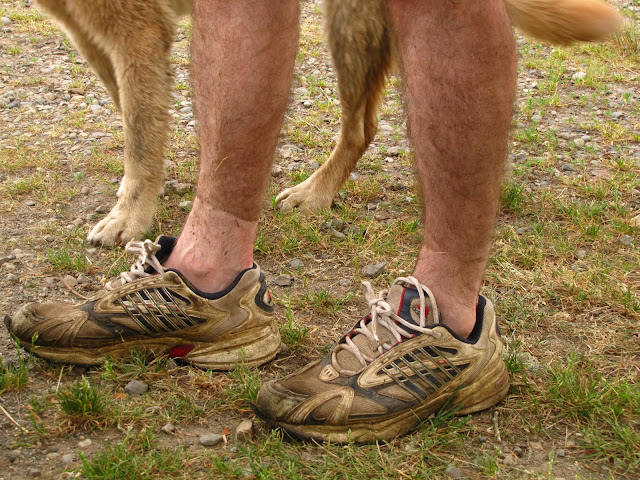 Anyway, part of the hay got loaded up and into the barn last night, and it was exhausting.  Looking forward to it all being done.
Posted by Karen at 8:28 AM