I feel like it's been a depressing winter, overloaded with grey skies and rain, although since I first began this post, we have had some more encouraging weather.  To cheer me up I'm going to do some posts from last summer.  Posts I meant to do but didn't get around to.  Posts where the sun was shining and it was warmer.
This particular day we were going to head to Crescent Beach to recreate our favourite kayak adventure of the summer before. (we would have failed)  Alas, it was not meant to be.  We got to Crescent Beach before noon on a Saturday, and not a parking spot was to be found.  We decided to head back to White Rock, and we'd paddle towards Crescent Beach!
Meredith has this handy dandy little cart that comes apart and can be stored in her kayak.  It is awesome, and her kayak is quite heavy and quite a bit longer than ours, so it works well.  She pulls hers and Larry and I can carry one end of each of ours together in one trip. 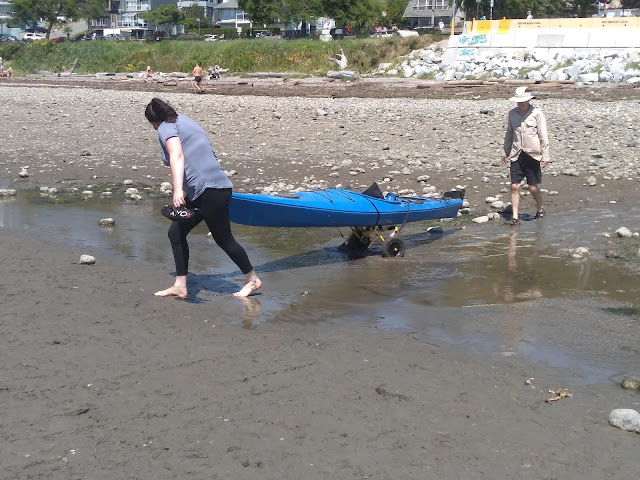 It was a bit of a trip to the water's edge! 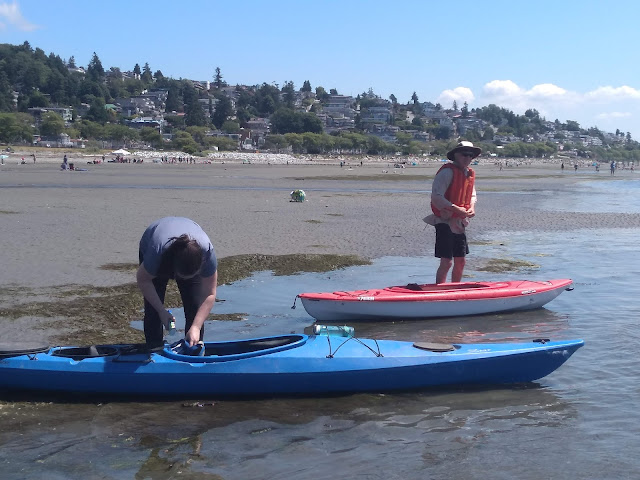 Meredith is pretty good at bringing food, and I think I had brought something as well.  We paddled to the point we had got to when we had paddled from Crescent Beach.  We had quite a stiff headwind on the way there. 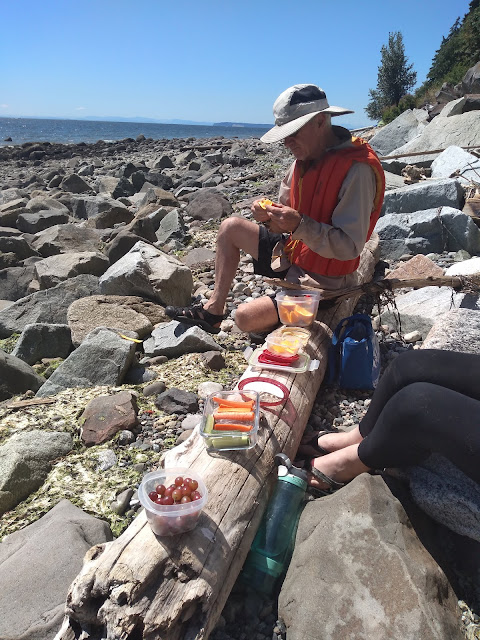 The tide was coming in and despite us pulling the kayaks well out of the water, at one point I made a mad dash across the rocks to save one from floating away. 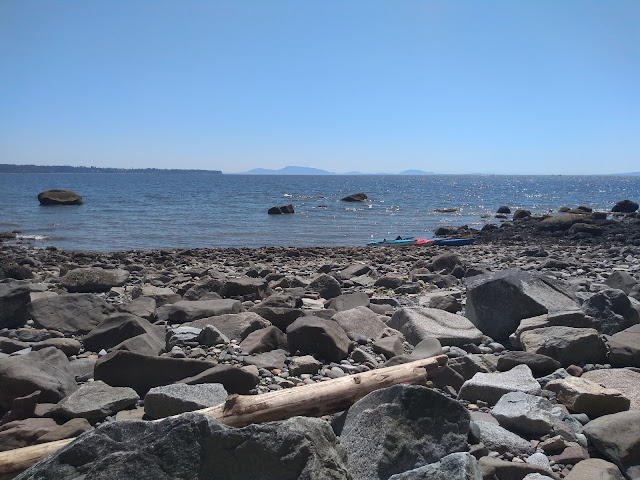 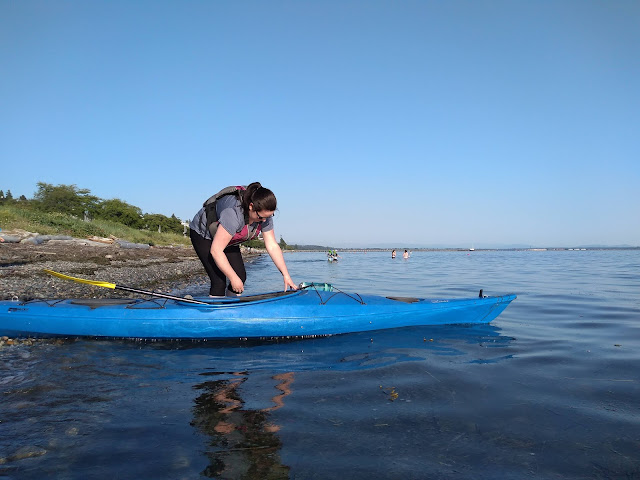 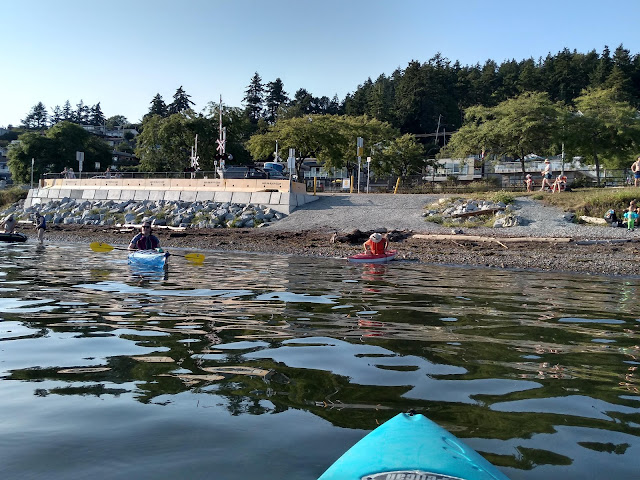 Getting close to the pier.
The new section starts just over Meredith's head and goes to the right.  Somewhere just behind Larry, on that long thin strip of land just visible under the pier,  would be the Peace Arch and the Canada/US border. 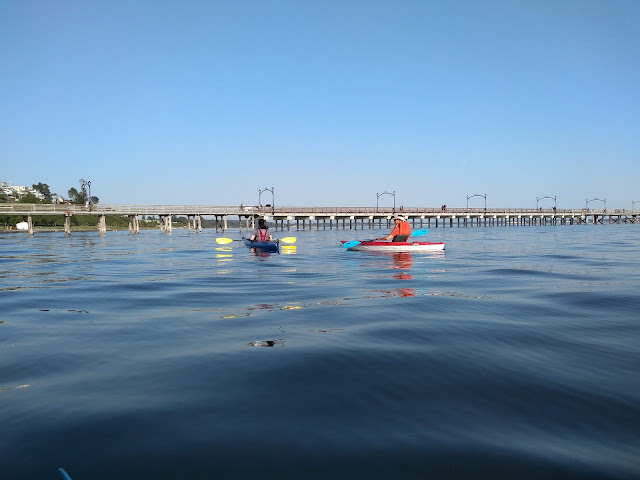 A few years ago there was a huge windstorm.  Boats broke free from the wharf at the end and were blown into the side of the pier.  The huge waves and the wind kept smashing them into the pier, and a lot of damage was done to them both .  Enough damage that a whole big section had to be replaced.  I think it took over a year to get it done.  The pier is a huge attraction at White Rock, it would have been a disastrous loss if it hadn't been repaired and made useable again. 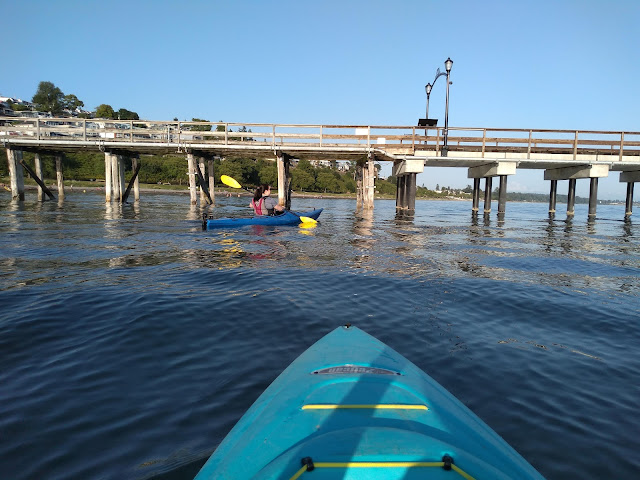 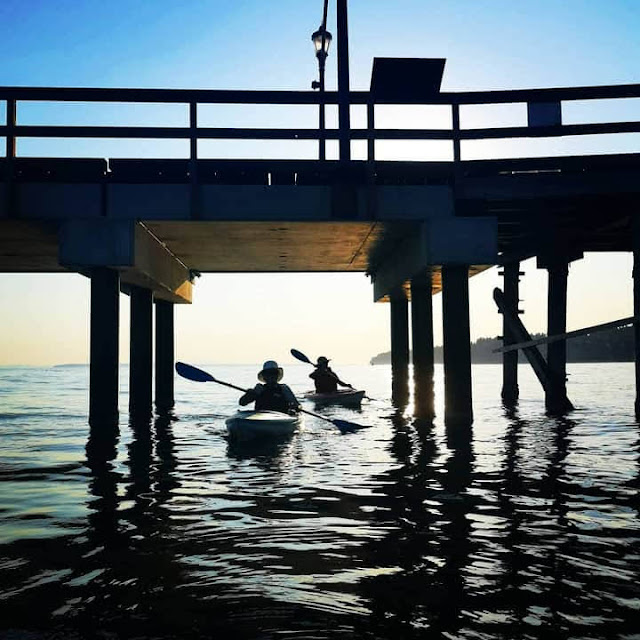 And there's the famous White Rock.  It gets a coat of paint every once in a while to keep it white, and is slowly sinking into the sand. 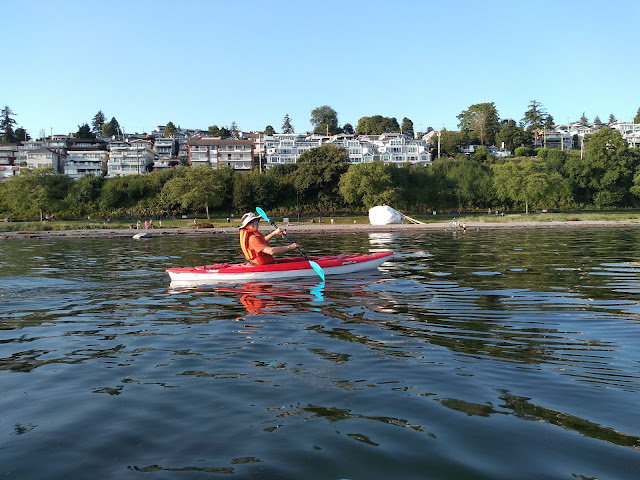 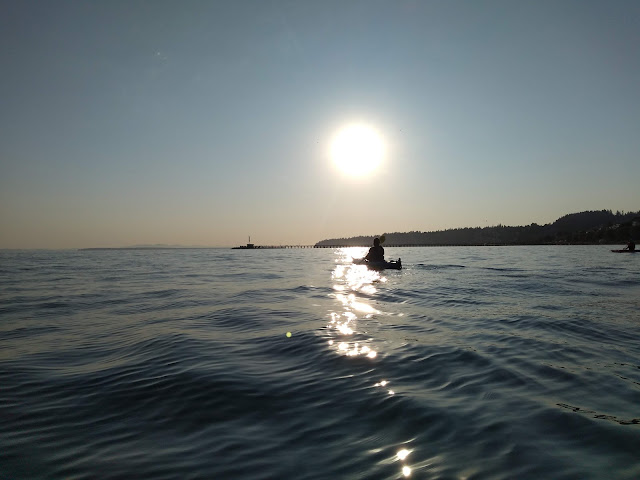 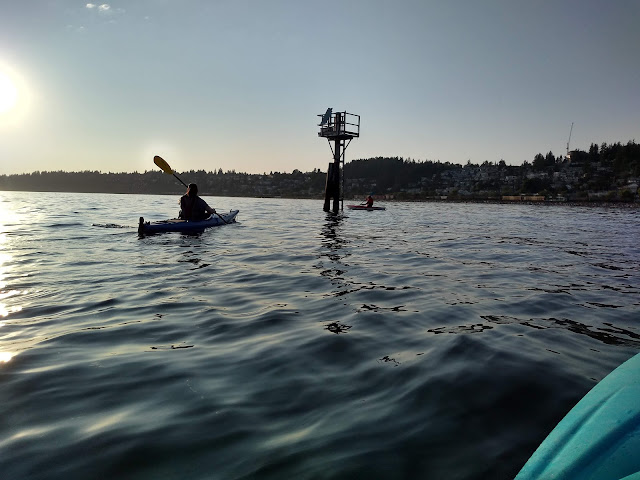 Looking back east towards the pier and the white rock. 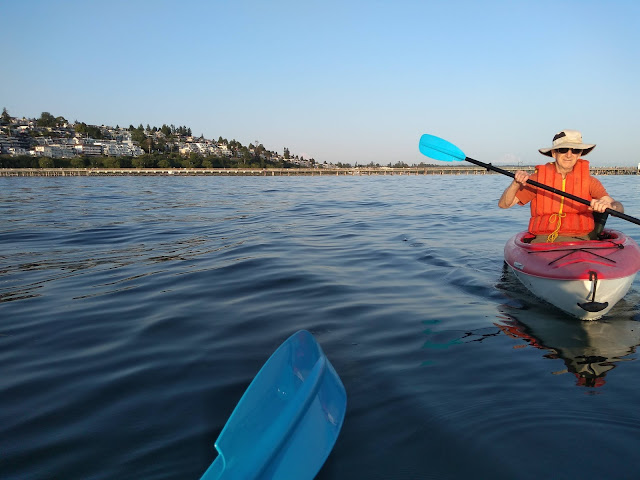 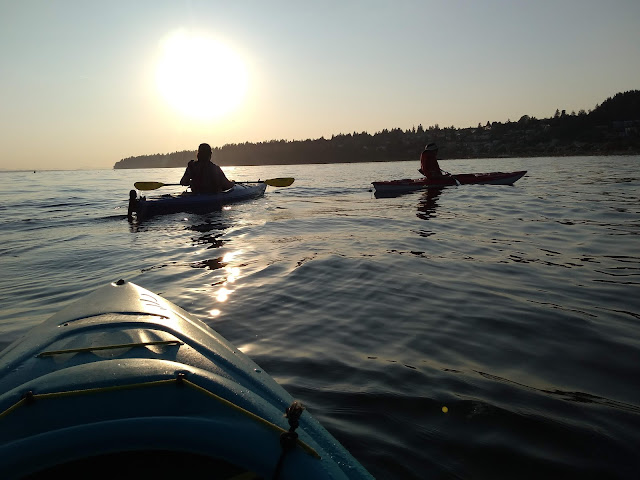 So it's taken us three trips, but now we have kayaked the whole distance from the White Rock pier to Crescent beach, and back again. 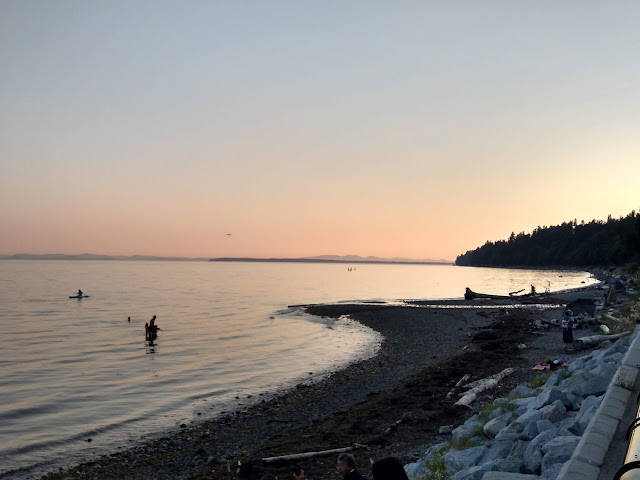