A few days ago we had to go to the Chilliwack area to pick up something, so as I often do in a situation like that,  I try to combine it with something else.  So time to visit a new place and give the dogs a walk in a new spot.
I had seen this Heron Reserve mentioned once or twice on a blog I follow, and was interested in going there myself.  The map below is not exactly to scale, but gives you a good idea.  Dogs are only allowed on one trail within the reserve and that is the green one up through the middle.  We didn't see any herons while we were there, but I imagine in nesting season it would be quite busy.
We parked on the purple dyke area just above the P (you are here) spot on the map.  Then we walked to the left along the dyke.  It was a very gray day, which didn't make for great pictures, but there were lots of people out.
When the purple dyke connected with the black trail along the river, we turned left and then completed the loop by walking up the green trail back to the car.  3.75 km.  Not bad for a 16+ year old dog.  Jake enjoyed meeting a few dogs, and then told a young, large Great Pyrenees pup to get lost when he tried to put his feet on Jake's back.  Luna is dog reactive so I just take her off to the side and reward her for looking at the dog but not reacting. 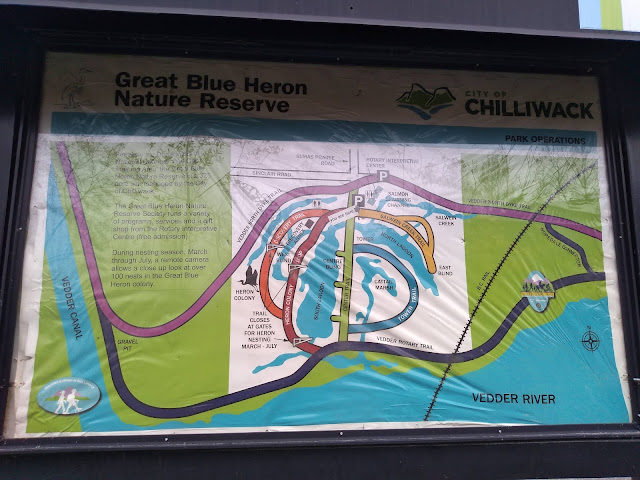 This slough was full of Canada geese and ducks, with more flocks circling and calling overhead. 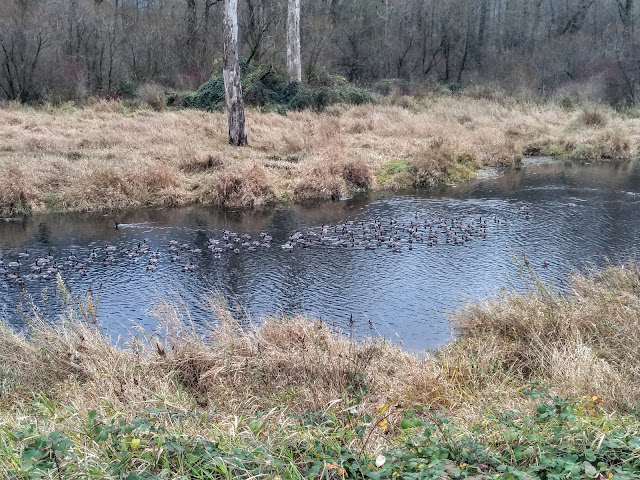 Some nests in the trees in one area. 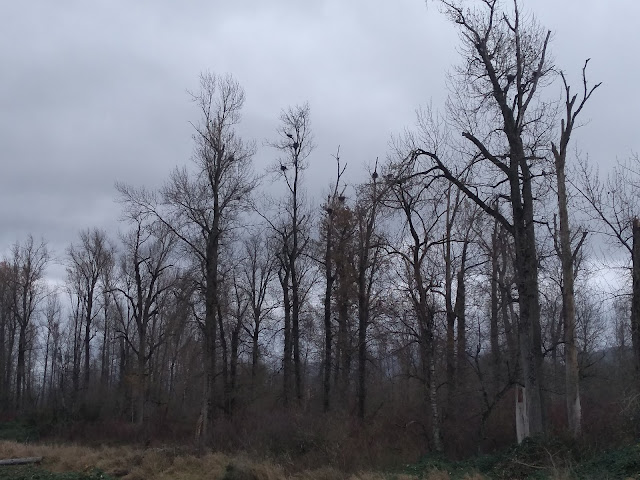 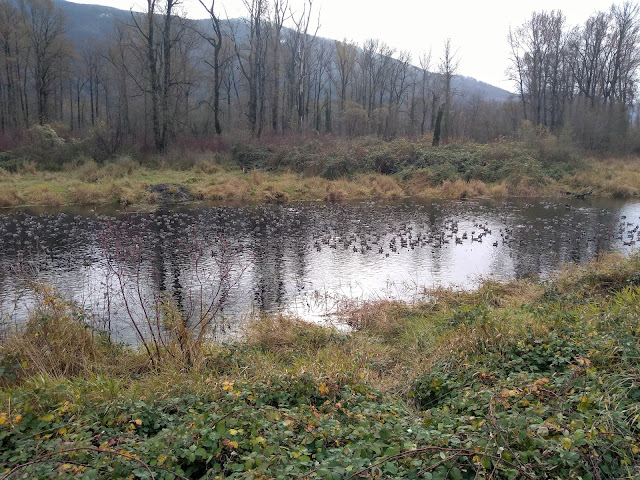 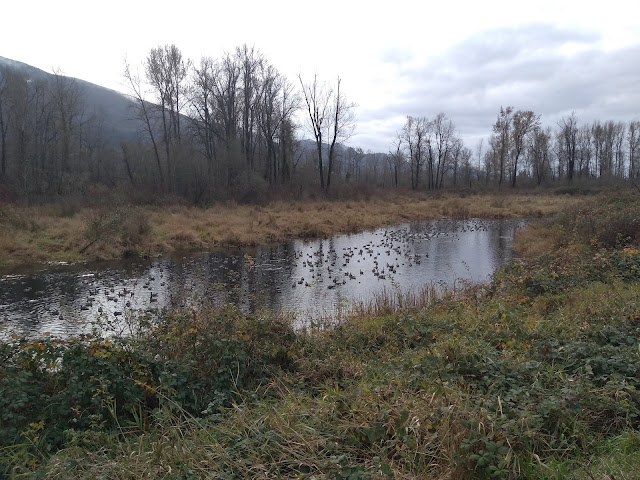 Off the dyke now and into the river trail.  Horses use these trails too, so slippery spots like the wood on the bridge had great footing. 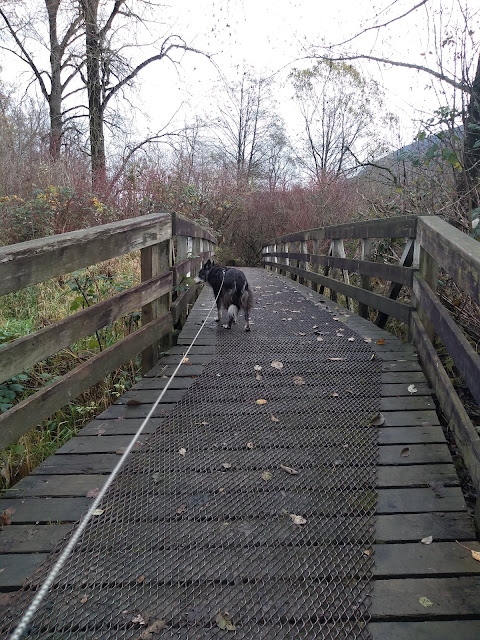 On that bridge looking out down the creek to the Vedder River. 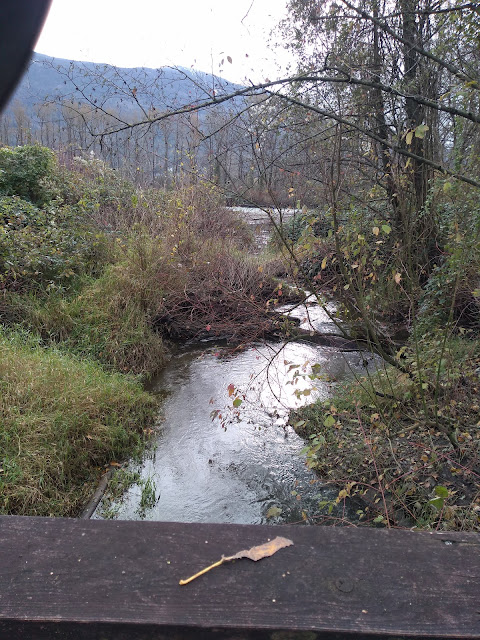 Loads of wild clematis climbing up the trees and over shrubbery. 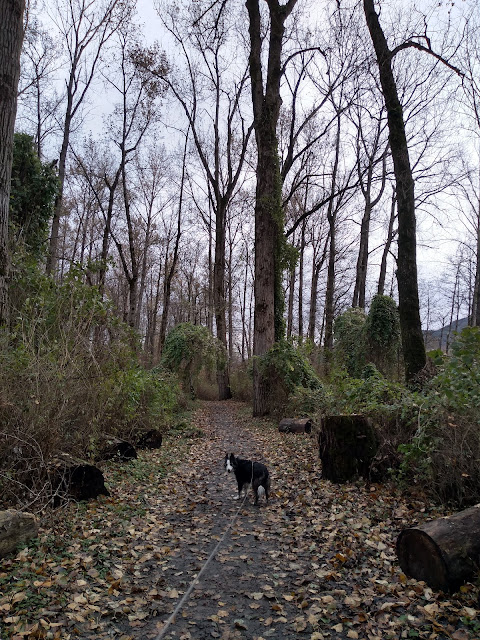 Salmon fisherman on the river 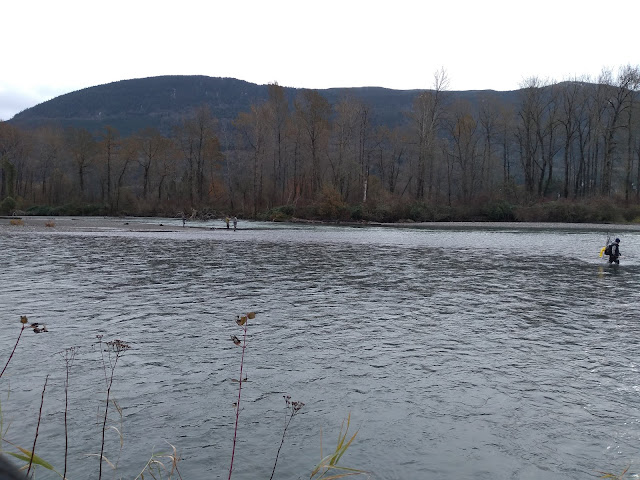 It doesn't even look like Jake is looking at him here, but he was quite interested in what that dark blob was out there in the water.  His eyesight is not great, so I'm not sure what he could actually see. 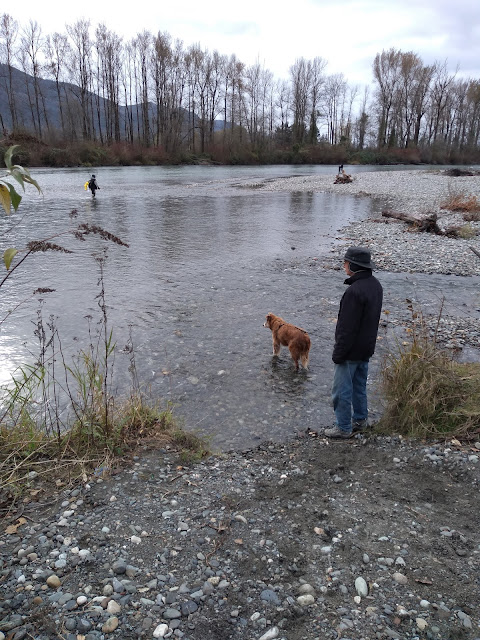 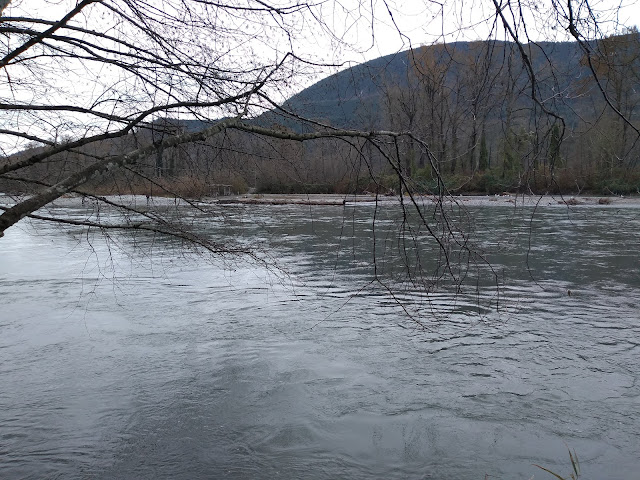 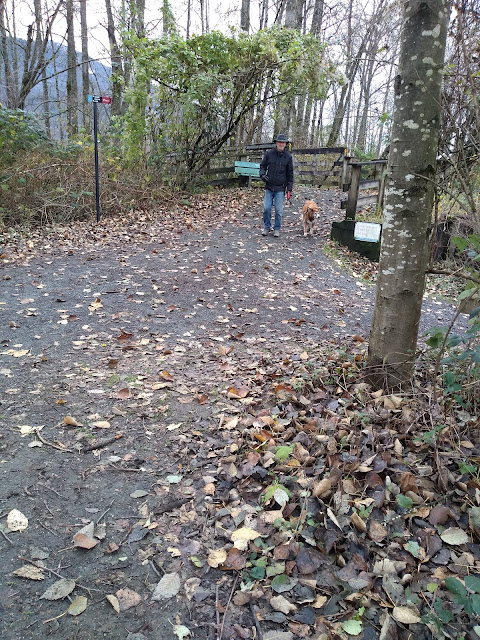 This nest seemed bigger and I was thinking eagle nest.  And that was an eagle at the top of the tree to the left of the nest. 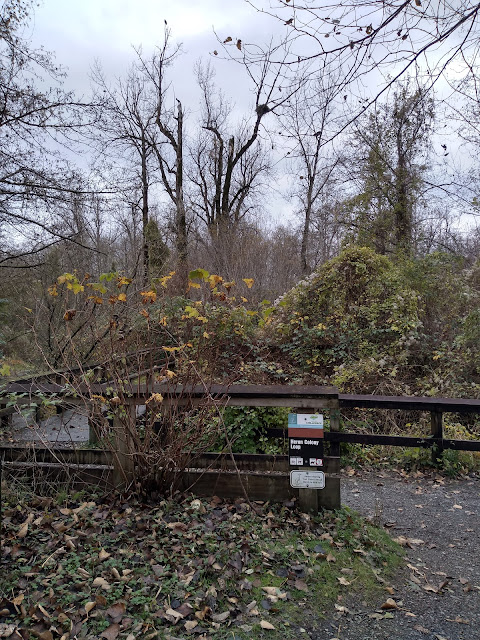 A viewing tower.  Larry chose not to go up.  I said I was going to try run up.  48 steps later, I don't think I was running much. 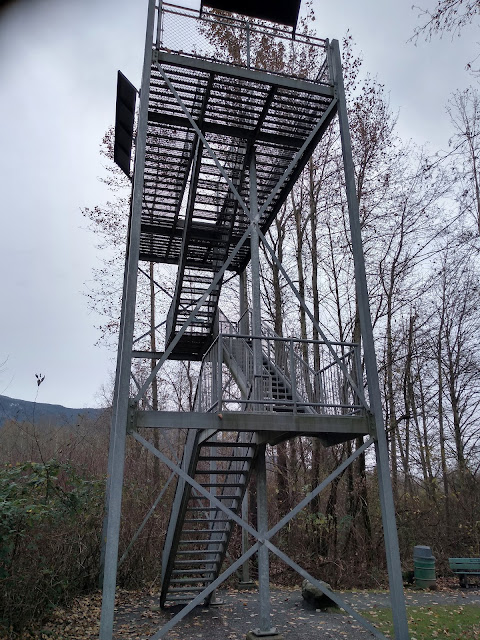 Luna heading to the steps to try come up. 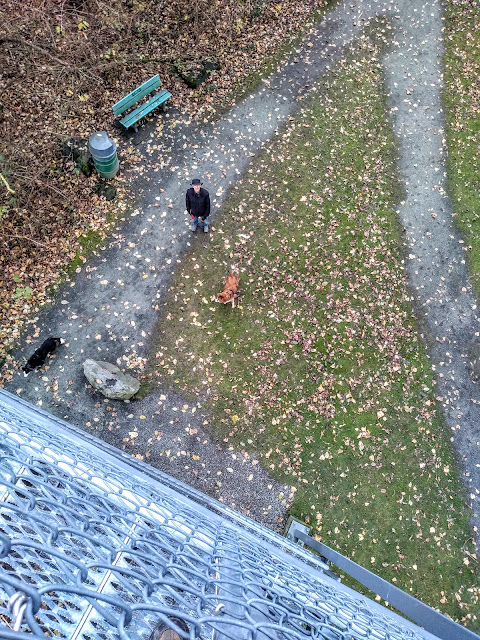 The view from the top was pretty good. 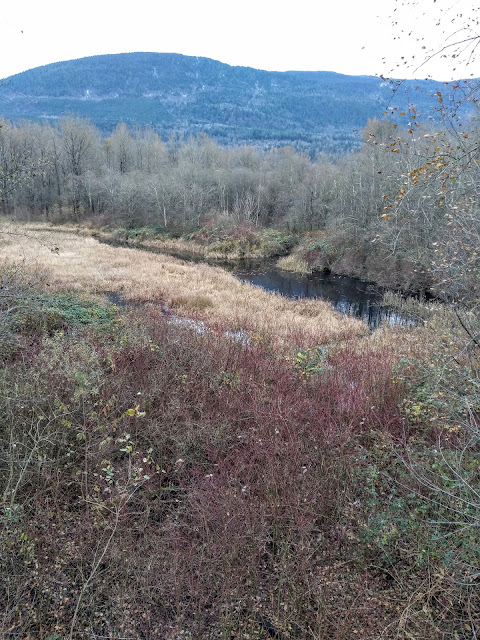 And over to the last bridge to the parking.  The interpretive center is closed because of Covid.  Too bad, it looked interesting.  I had walked over to have a look. 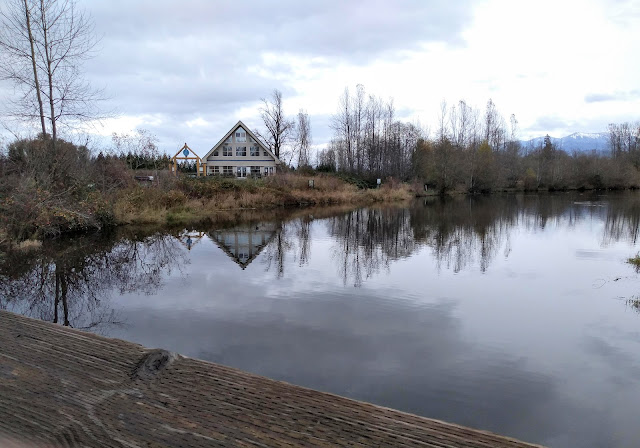 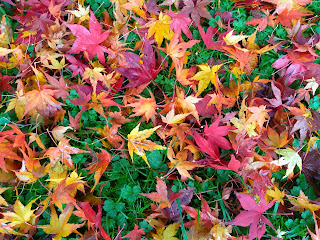