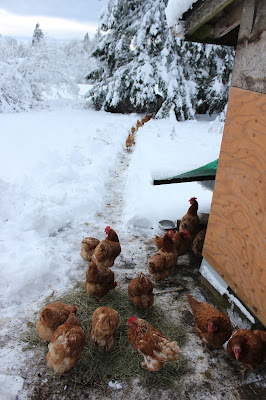 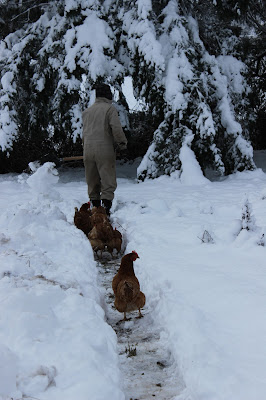 It's hard to remember that this is how things looked at the beginning of January with our New Year's dump of snow.  Larry dug a path for one of the flocks of hens down to the trees.  It was snowy under the trees, but was thin on the ground, so after a few days it did melt there.

For the last two weeks it has looked like this.  Sooo much better for everyone! 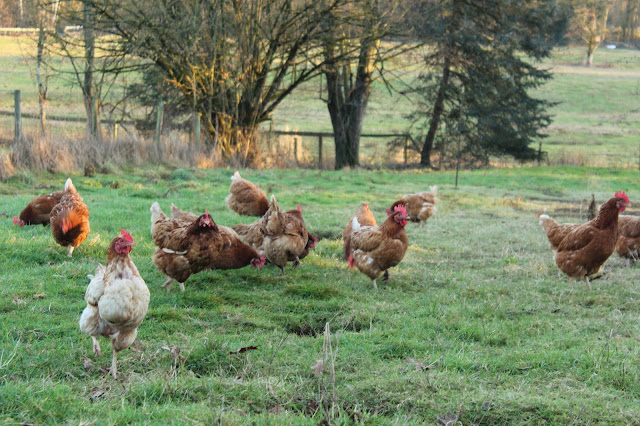 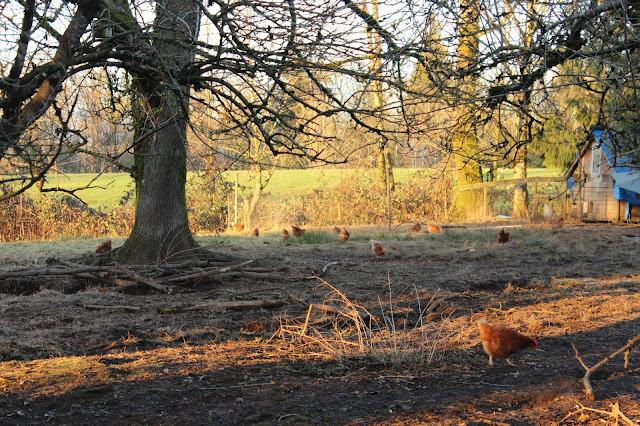 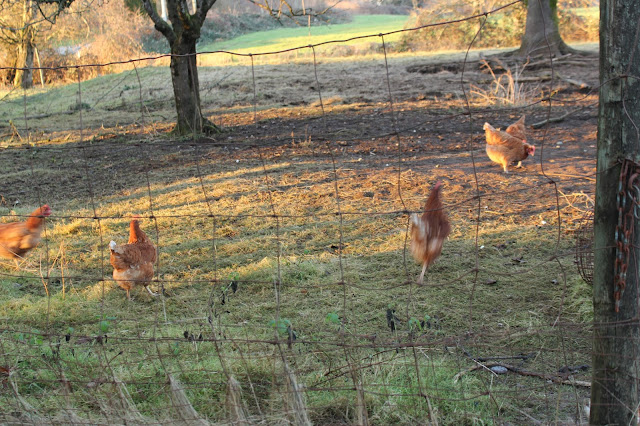 Nice to see the girls out on the green grass again! 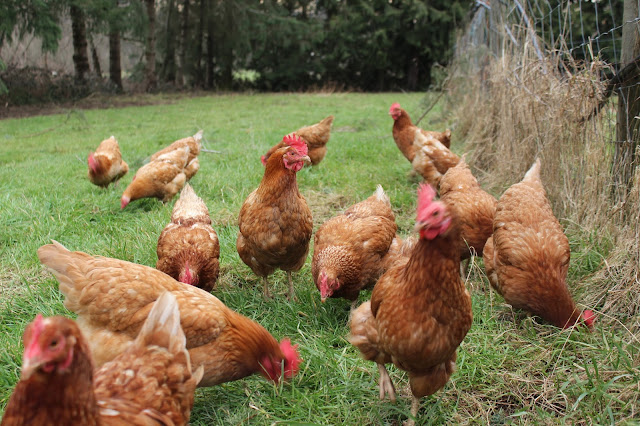 The weather has been surprisingly good.  Generally mild and dry.  We've had a bit of rain now and again, but not like we CAN have rain, and we've had sunshine too, which is such a bonus.
We've been working outside a fair bit.  We started pruning the fruit trees, and as of today I finished the Bartlett pear and Larry finished one of the apple trees.  We've got an early start, so at least don't feel the panic of some years when we are at the end of March and the trees should have been long finished.  The raspberries are pruned, although not tied up yet, and some other pruning has been done. 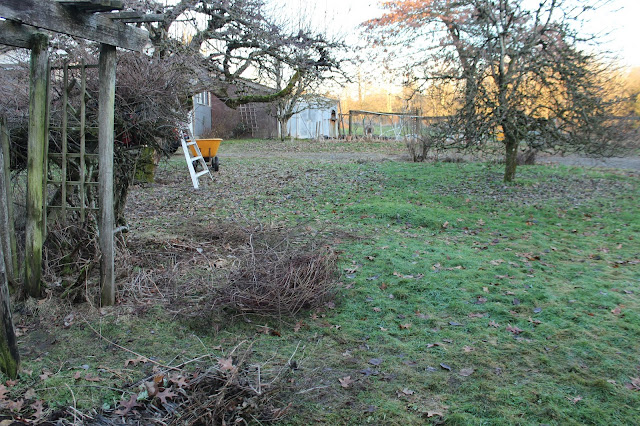 It's been dry enough for Larry to get out in the hay field and drag the chain harrow around.  There were a ton of mole hills which have now been spread around and the field is so much smoother.  I'll bet the dogs appreciate it too, this is where we play fetch and soccer and Tucker and Chy race and wrestle. 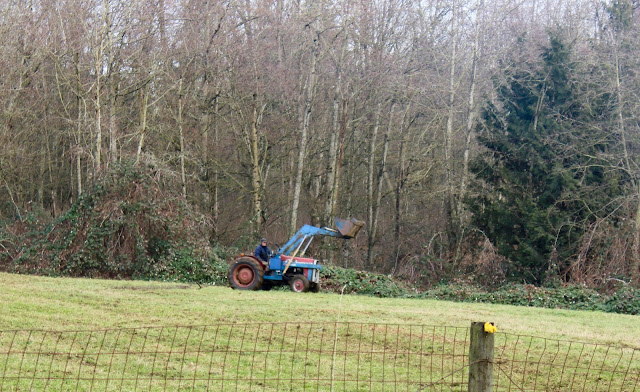 We had a massive pile to be burned at the back of the barn from when Larry had cleared there last summer.  It had been covered with plastic over the winter, so was fairly easy to get started.  There was a lot of soil in it though, from blackberry root balls, so the whole pile wasn't able to burn away.  After it burned down, we started gathering other stuff to throw on.  There is a seemingly endless supply around here.
See Ramona taking herself out to the hayfield for a bit of grazing? 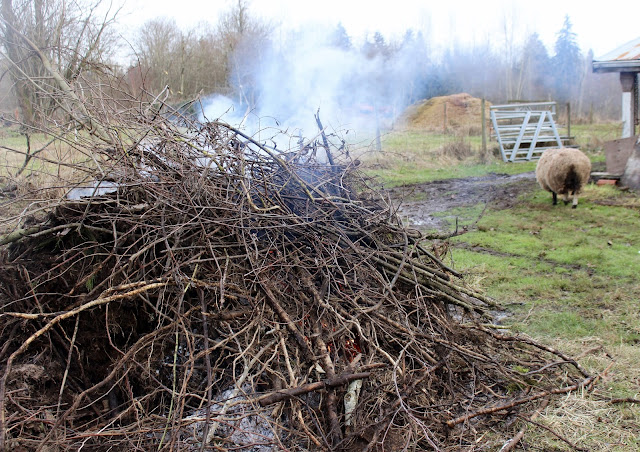 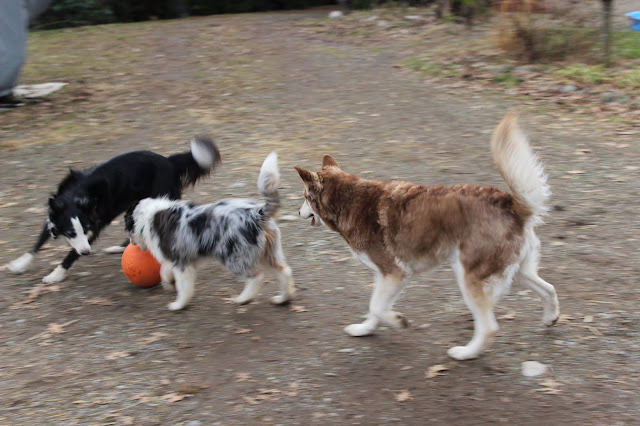