I've been in bit of a funk this month.  I've really not been very productive at all.  I haven't blogged much, and feel like I haven't done much of anything. I think part of it is because there is something that I have been procrastinating about for a long time, and I knew I needed to deal with it, but could not seem to get myself started.  I made the first steps forward with that this week, and am feeling better about myself now.
I guess what I have done is spent time puppy sitting.  Little Tucker is now about 23 lbs and 17 weeks.  He's a real live wire, into everything, a real chewer, a real chewer, oh did I say that already...well let me say it again.  He chews. Just about everything. I have a rubber boot that now has a scalloped top shaped like a cowboy boot.  I don't have a lot of puppy experience.  Calli was the last one, and that is 17 years ago.  I do remember that she was an easy puppy.  And then it's 40 years ago to the puppy before that.  That was the one that my parents must have spent time looking after, because I was going to BCIT and working up north.  And the only other puppy before that was way back when I was 12, and I don't remember a thing.  All the other dogs in my life came after the puppy stage. 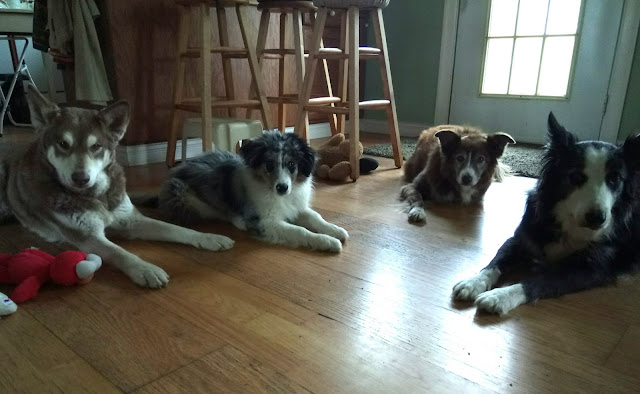 Tucker and (Chy)enne (David's girlfriend's dog) are best buds.  They play sooo well together.  Lots of chasing each other and it gets very rough and tumble, but Chy is really good with Tucker and although she weighs three times as much, she knows how not to be too rough, or to be rough enough to keep Tucker under control.  It is fun to watch and I'm still attempting to get some decent video of it.  Jake has nothing to do with him, and Luna has a bit of interaction.  Tucker loves to 'herd' Luna when she is pushing her soccer ball around.  She gives him heck if he gets in her way, but he just bounces right back. 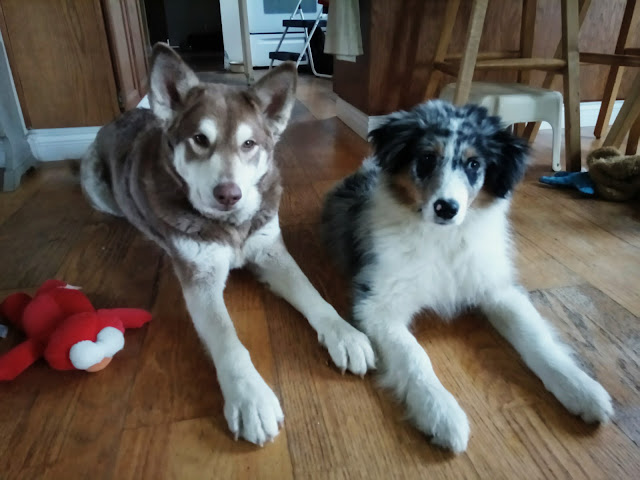 Tucker was born on a ranch, so had some experience with other animals.  He's good with the chickens as long as one doesn't suddenly start running. 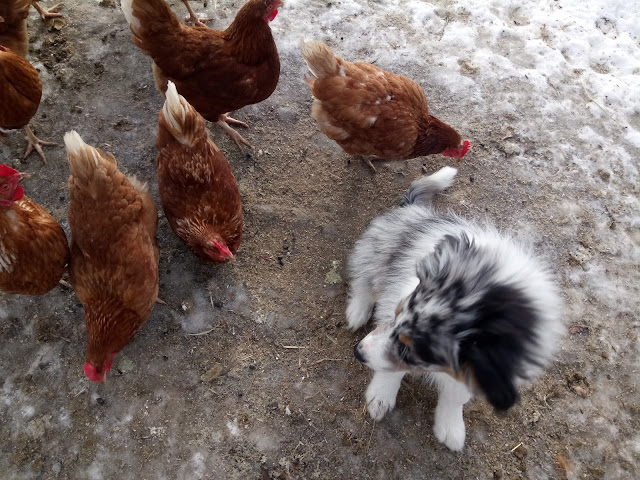 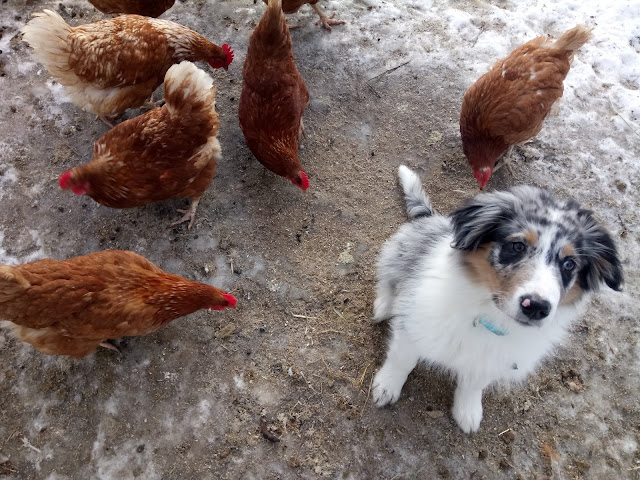 The gang hanging around while I cut up slow cooked kidney for dog treats. Luna is more interested in Nelson than the kidney.  Poor Nelson, he puts up with a lot from Luna.  Tucker mostly ignores him. 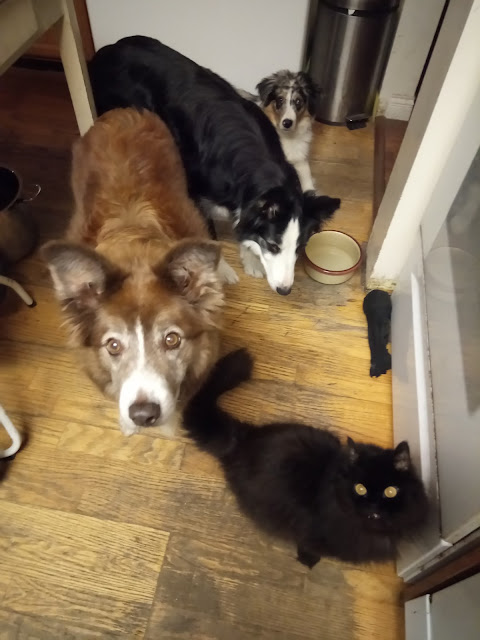 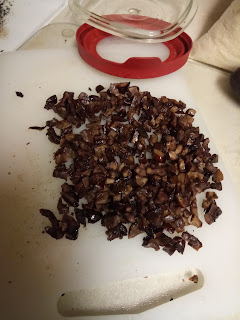 It's so nice that the snow has gone (except for some large patches in the back field and the bush).  I managed to fall twice on the ice a few weeks ago.  After the first fall I did dig out a set of those pull on crampon things.  All was good until one day we were taking the dogs for a walk around the block. The road was clear so I took the crampons off, and then managed to fall on our icy driveway before I even got to the gate. Landed on the other hip and knee this time, but not as hard.  Thank goodness, that is the side I sleep on.  The other side was still sore and I couldn't lay on it for long.

I don't think I mentioned that Larry and I took up Round Dancing last Fall.  Wow, what an adventure that has been.  In case you don't know (I didn't) Round Dancing is ballroom dancing done in a circle with other couples, and like Square Dancing, there is a caller telling you what step to do next. Now we did take some Ballroom Dancing about 35 years ago.  Never used that knowledge after that, and like they say, 'use it or lose it'.  Anyway, it has been a struggle, and still is, but at least now we can laugh at ourselves and not feel the urge to break into to tears (me mostly) when it got a bit too frustrating.  It's a two hour session, with a 15 minute break, and it can be exhausting.  The last few weeks we have been doing a lot of full dances, now that we know (sort of) the steps that are in those dances, and less time learning new steps.

Here's Larry, after collecting the day's eggs, practicing dancing with Chy, ha ha!
And not an egg was broken. 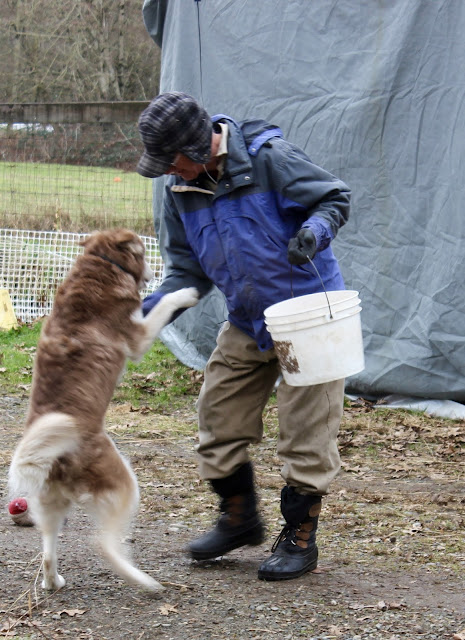 Well I could ramble on about a bit of this and that, but I'll say goodnight and try to blog again in a few days.
Jake says goodnight too. 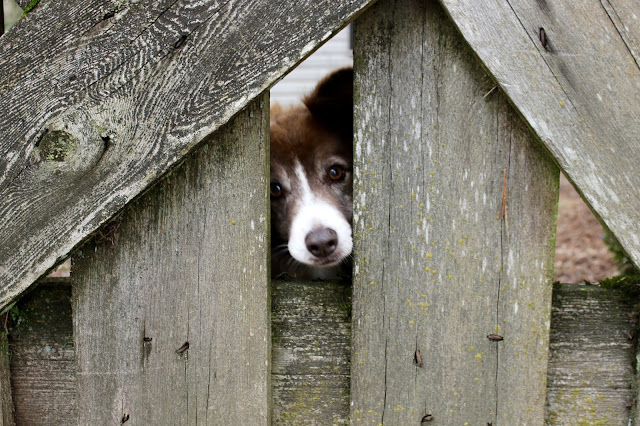