Birds of a Different Feather 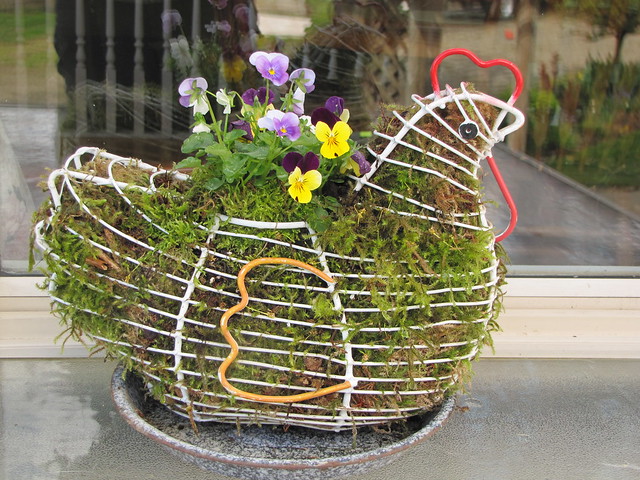 All winter we had a couple of bird feeders at the end of the patio near the house.  We enjoyed watching the different birds that visited, but oh they made a heck of a mess.  Bird seed all over that part of the patio and sidewalk.  When Spring arrived and we started to clean things up, we moved the bird feeders out into one of the chicken fields.  We could still see it from the house, but the bird seed that hit the ground was quickly gobbled up by the chickens.  The first thing those chickens would do when we let them out in the morning, was to dash to the bird feeder to clean up the spillage that had already happened.  They were so thrilled by it that some of the hens seemed so spend most of the day hanging around underneath the feeder instead of wandering around eating greens and chasing down bugs.  So when the last of the bag went into the bird feeder last week, I said that was it.  There's still a bit of seed left in the bottom of one feeder, although I don't think the birds can reach much of it, but they still give it a try once in a while.

I was pleasantly surprised to look out this afternoon and see these three doves.  I just assumed they were Mourning Doves, but with the help of Google, realized they were not.  Mourning Doves make me think of the Okanagan and Oliver, we hear them a lot there.  I didn't realize that we also have them in this area too, and I swear that I had never heard them here before until last Spring, when we heard one or more of them quite a lot.  Haven't heard much of them this Spring though.

Anyway, back to these doves.  So they are either Ringed Turtle Doves or Eurasian Collared Doves.   I've looked at lots of pictures, read about the differences on various sites, swung one way, then the other, and then back again, depending on which pictures I was looking at at the time.  Right now I'm leaning towards Eurasian Collared Doves. 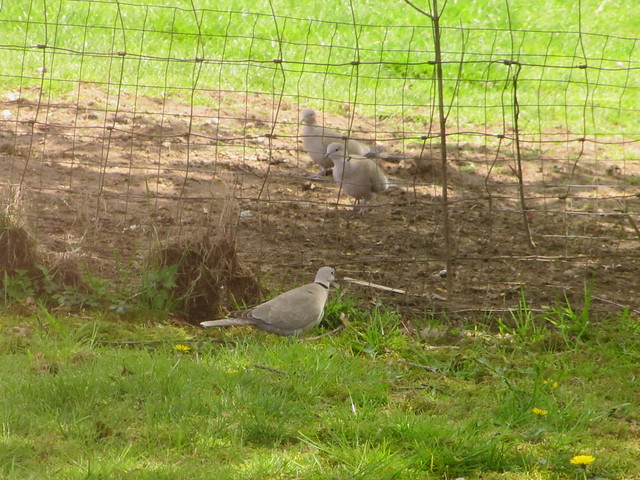 They are a Eurasian bird, introduced to the Bahamas, then spread to Florida, and are now working at colonizing the rest of the continent 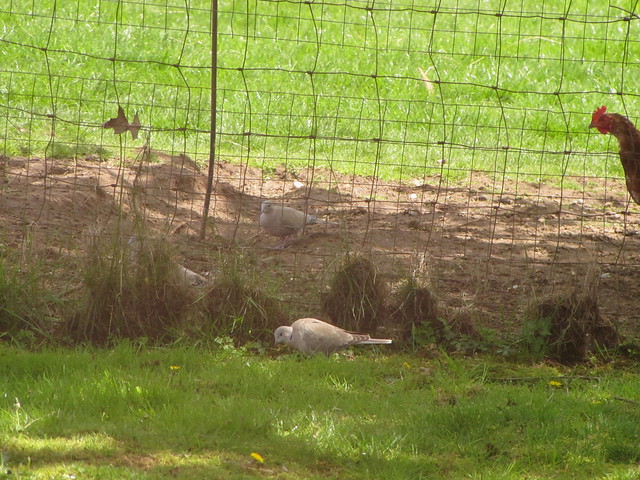 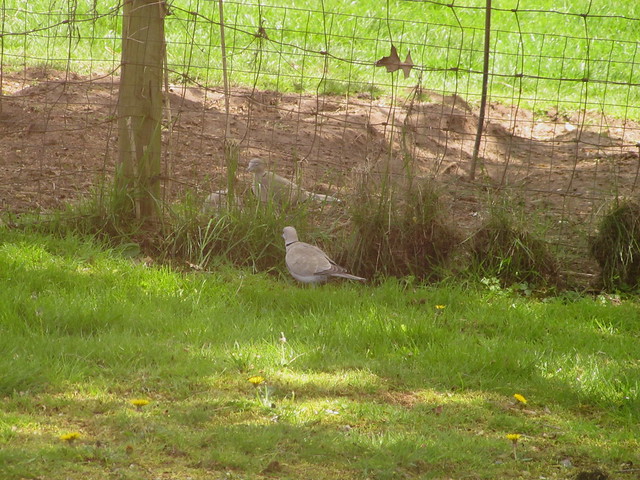 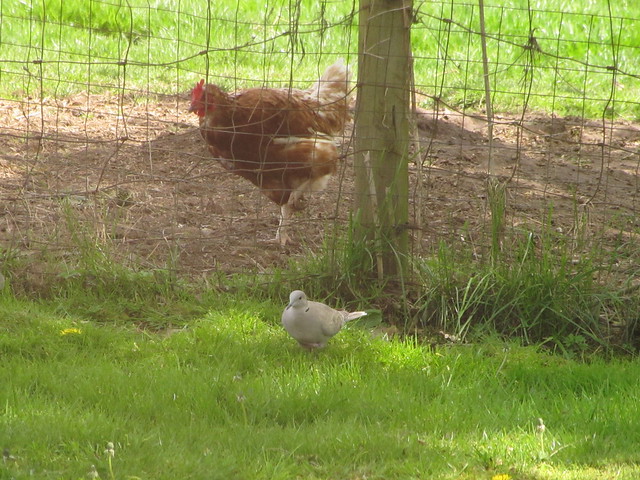 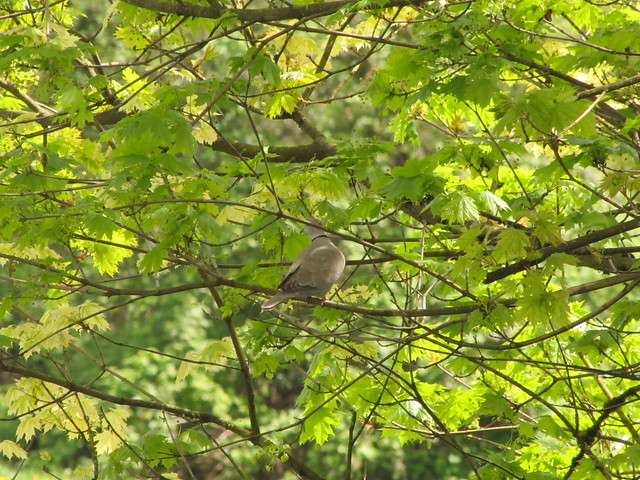 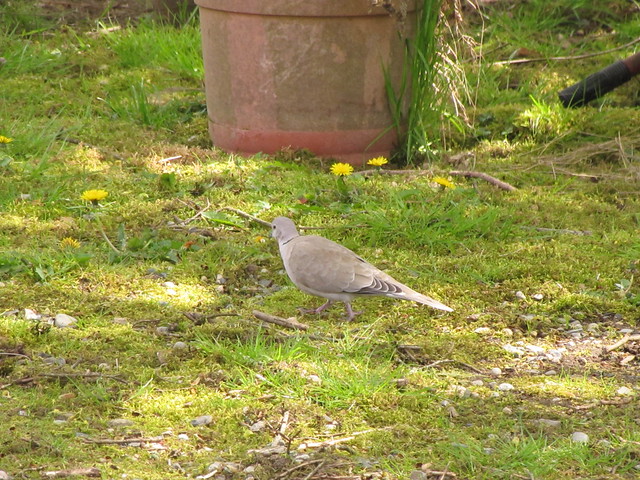 We have just got back from a trip to Oliver and Alberta.  Much more to come on that:)