It is feast or famine around here.   Either I don't post for two weeks, or you get seven posts in eight days.  I know I won't be keeping this up, but right now I seem to have a lot to say.

A couple of days ago we took the dogs for a walk at Brae Island in the Fraser River near Fort Langley.  It is a regional park, so is an on leash park, but the only dogs we saw on leash were ours.  If Luna would stay closer to us, I would have let them off leash, but they stayed on until we got to the end of the island and Tavistock Point. (It's not that we can't control them, it's because Luna is not good with other dogs, and the trail wasn't straight enough to see ahead for any distance). With Calli, it is just not safe to let her loose in that cart.  As it was she managed to tip it over twice.  One time a branch got caught in the spokes of one of the wheels, and another time she rammed one wheel into a post.

It was a glorious, mild January day.  Jake and Luna were expectantly waiting for something to be thrown.  They THINK they want to do a water retrieve, but they'd find it too cold after a few dips. 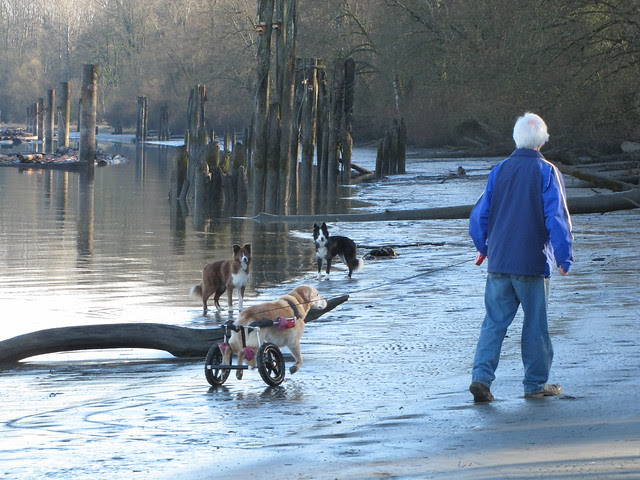 Calli was on a tight rein.  Making sure there were no 'Calli goes in the water, the cart starts to float, the cart tips on it's side and takes Calli with it' incidents. 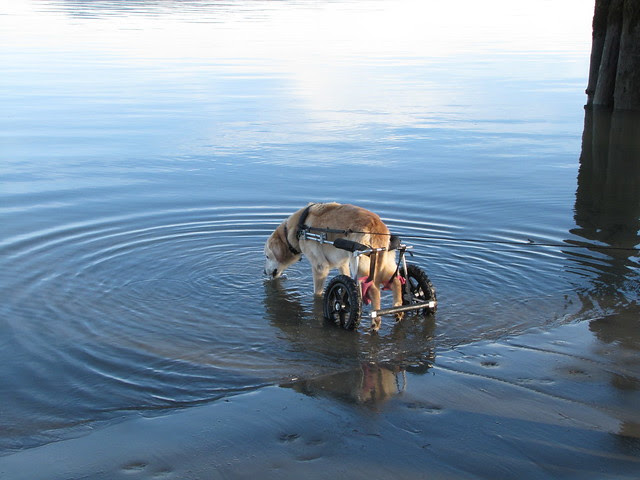 Golden Ears mountain the background.  You can barely see it, but there is a long line of floating logs that appear at the far side of the river.  Really they are in the middle, and are part of the longest log boom I have ever seen.  The tug pulling it looked to be at least half a mile downstream.  It was mind boggling. 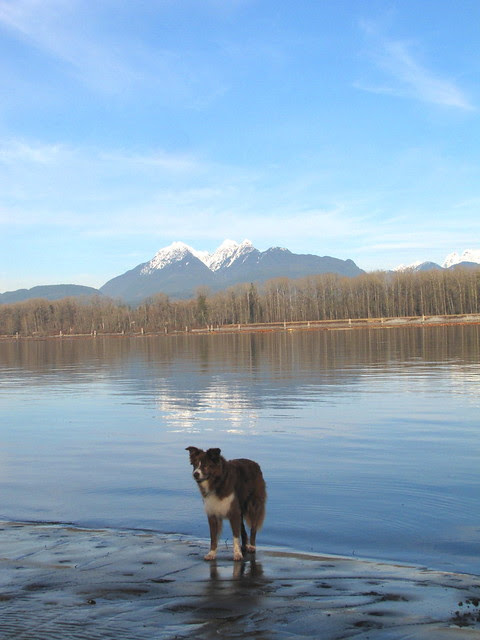 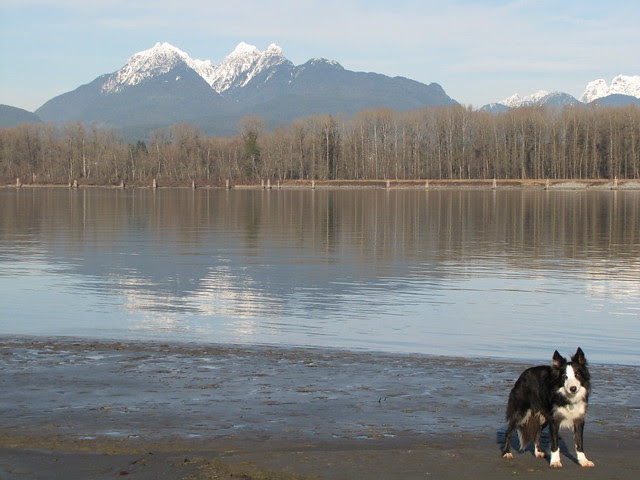 This was the narrow channel on the south side of the island.  Notice the paddler is in a t-shirt, or maybe it's a short sleeved wet suit. 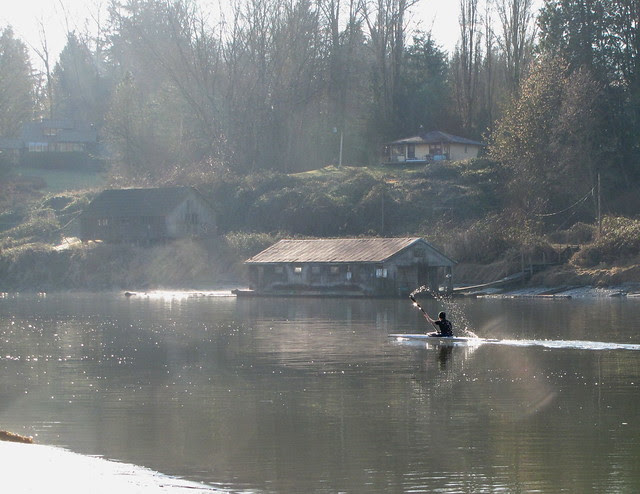 Looking to the west.  I wonder what kind of birds those houses were for?  They must be monitored, seeing that they are numbered. 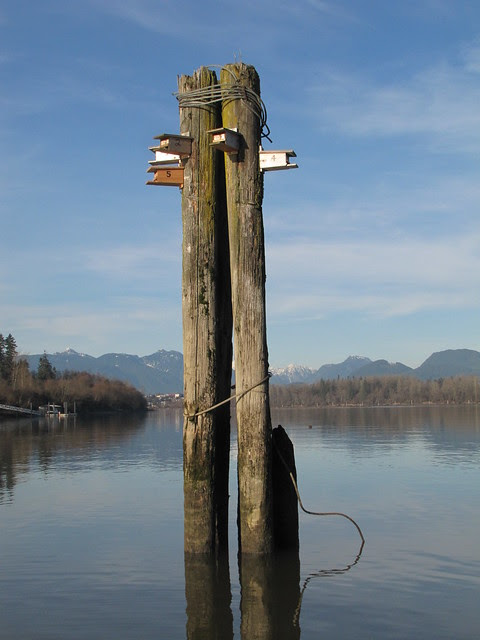 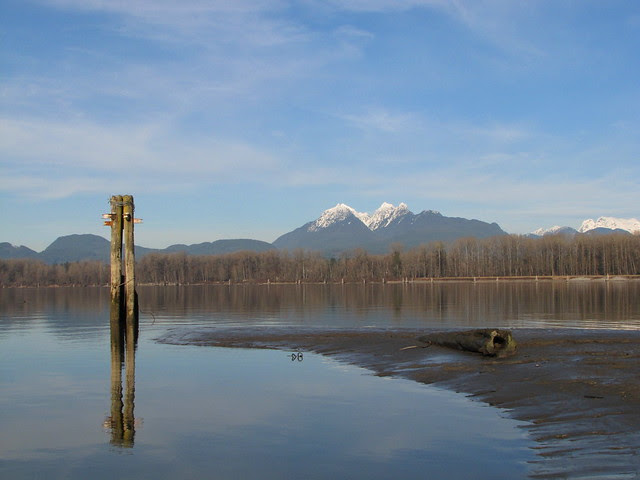