Back To Our Regularily Scheduled Programming

The excitement of yesterday morning's snowfall came to an end about noon when it started to rain.  So this morning we are back to damp and drizzle  and a bit of wet mush left on the ground, which is pretty normal for us.  I was out there in the drizzle about 1:30 yesterday, collecting eggs so I'd have enough for our customers in White Rock that afternoon.  I looked over the fence and what did I see.... 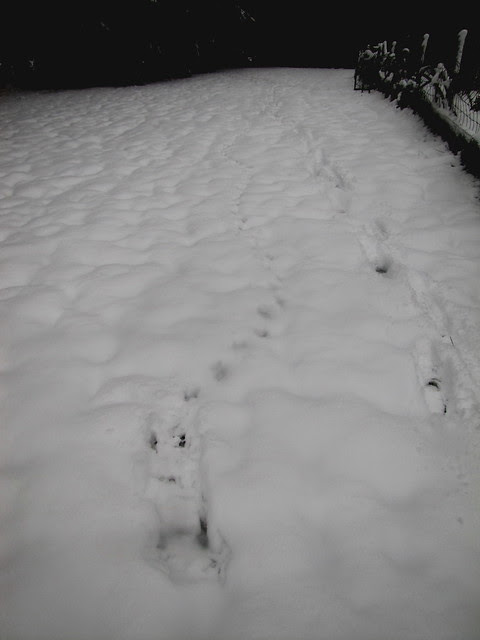 Yep, that damn silly persistent hen had flown up to the top of the fence and landed out in the snow, and had plodded her way down the field to her favourite laying spot.   I darkened the photo to try make the tracks stand out.  That big blob is where she landed and then you can see her track winding off into the distance to the left of my footsteps.   I slogged my way down there to have a look, and there she was. 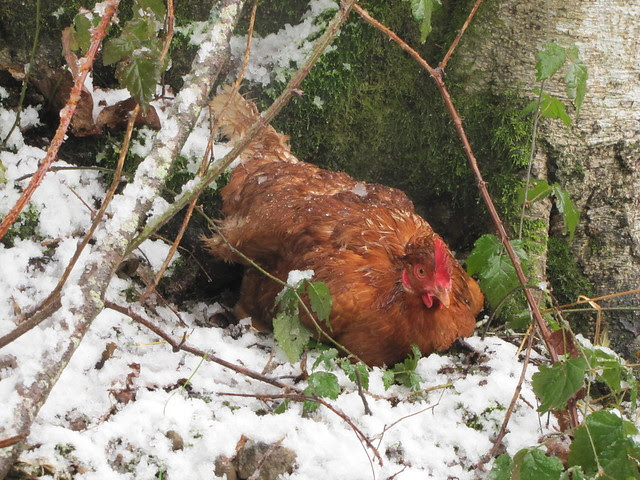 Really?  You'd rather lay your egg here on the cold wet ground? (At least there was less snow under the trees)  Not a good place to raise your kids you know!  That the chicken coop in the background between the trees, so it was a fair slog.  Considering that most of the hens took one look outside and elected to remain in the coop, well she's one determined hen. 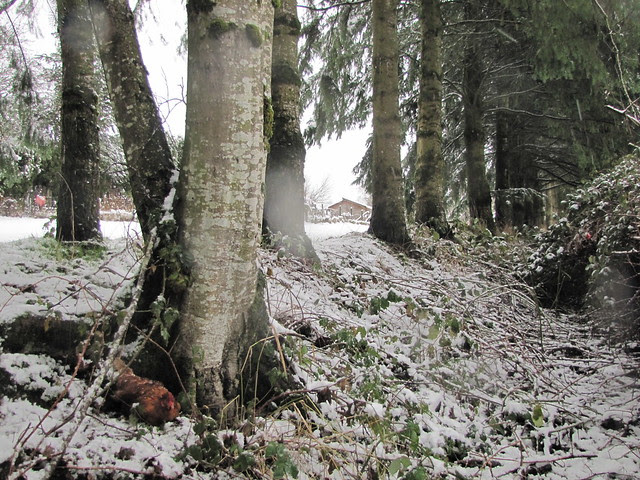 And she was sitting on one massive egg, just like Tuesday's. 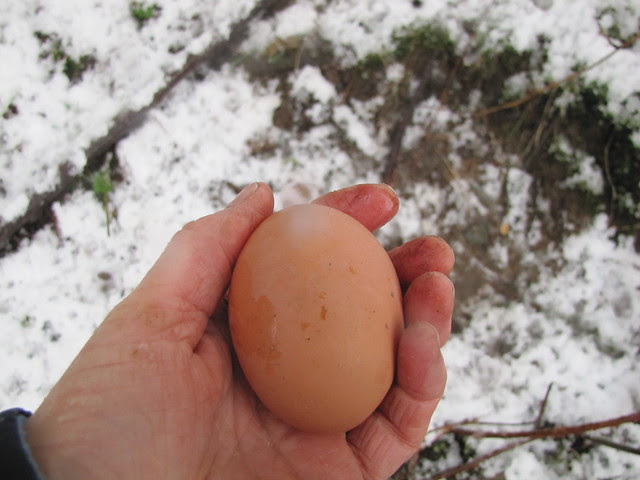 I did help her out a bit and carried her back to the coop.  At least this morning the snow won't be as deep when she makes her trek. 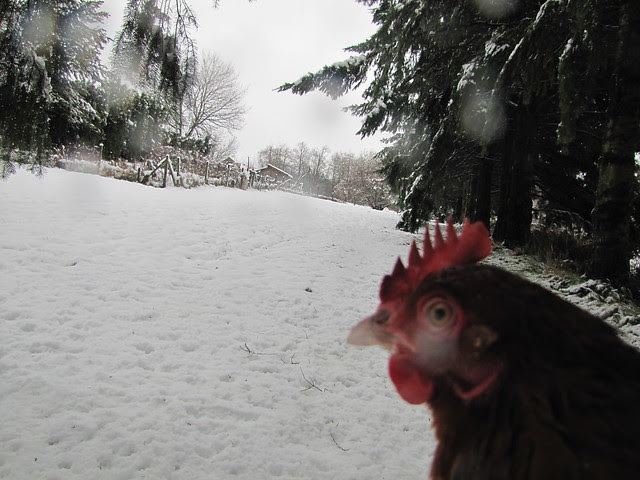