I found this old bread box and a couple of matching canisters, they were half price 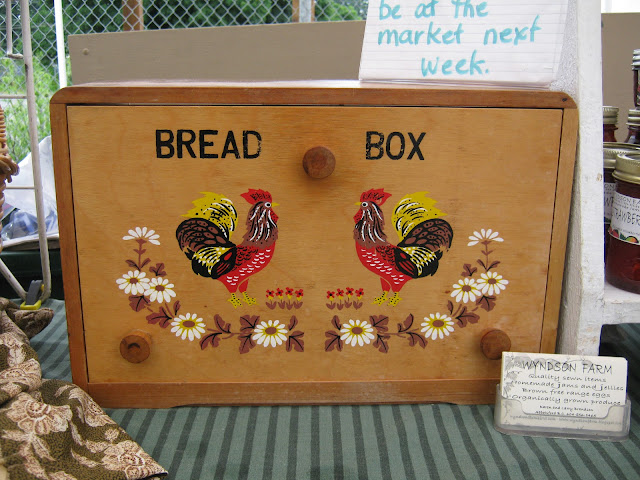 I also found three straw chickens, the rooster and small hen were $1 each, and there was a bigger hen the same that was $2.  I debated long and hard, and then spent $15 and bought the canisters and bread box, as well as the chickens.  They made nice additions to our table at the farmers market.
Some times you just need a bit of something to fill in an empty spot. 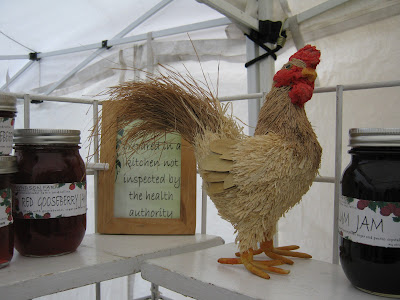 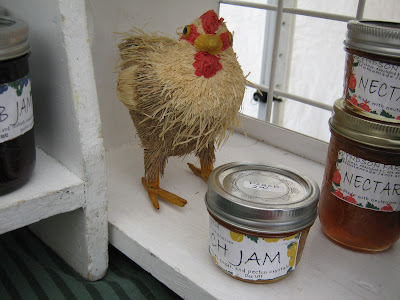 The sugar cannister seems especially appropriate, sat there next to the jam. 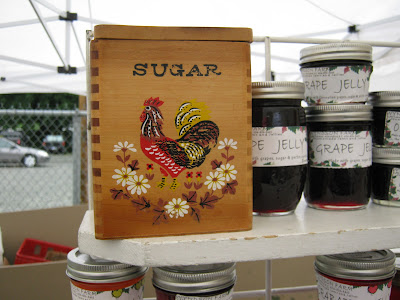 When I first put the breadbox out, is seemed that every other person asked if it was for sale.  If they didn't ask if it was for sale, they tried to open the door.  At first I had tape on the inside, trying to hold it shut.  Finally I had to break down and hot glue the door shut.
When one young girl last Saturday tried to open it, and I told her it was glued shut, she said 'now you can't put any bread in it'. 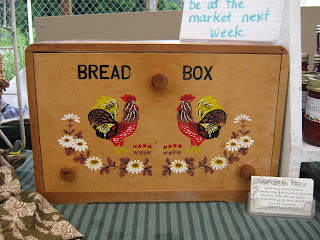 I use it to store a different kind of bread.
I managed to work the back piece out of the bread box, without destroying anything, and placed the cash box inside .  It's out of sight of the customers, and handy for us.  The flour cannister is used to slip the big bills into.
Now you can see why I don't want people able to pull the door open! 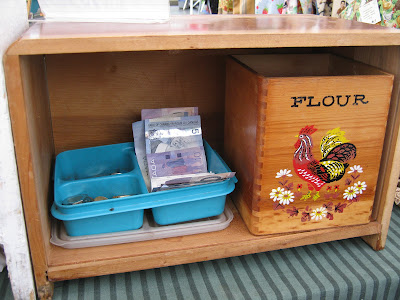 And the weirdest thing that happened, related to that bread box....
It was a Sunday, near the end of the market.  There were no customers in our booth.  A woman came walking in, talking on her cell phone.  She didn't speak to us, just continued on with her phone call, and walked up and tried to open the bread box and then turned around and walked out.
Weird.