This morning we drove to the park that runs along the dyke by the Abbotsford-Mission Bridge.  The Fraser River is running really high right now, although I'd say it's still 15-20' from the top of the dyke.  There is a parking lot and a beach area in that water under the willows. 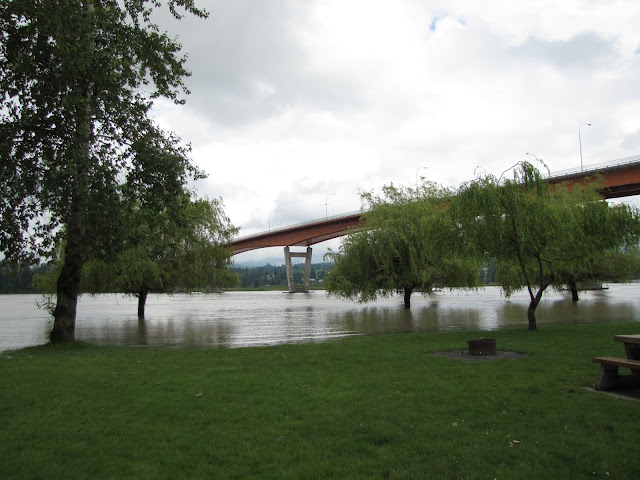 And there are campsites behind those trees.  I suppose you might be able to moor your boat to the top of the picnic table. 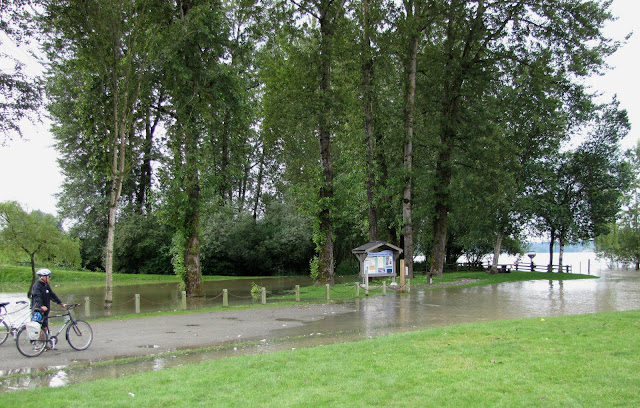 As we rode along the dyke, every spot a trail went down, there were these signs.  In small letters that you probably can't read, it says 'Due to Flooding'. 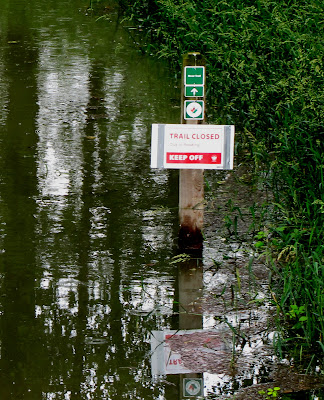 Really? Do ya think we couldn'ta figured that out?
In fact they have the gates to the park locked.
They were open when we got there, so we parked, and then one of the workers came over and told us he was going to close the gate, but it wouldn't be locked, and could we close it behind us when we left.  When we got back, it was locked, but there was someone with a key not far away.
Is that to stop us stupid people from driving into the river, or walking in and drowning?  I didn't really get why it was suddenly so different.  The river is always there, and it's a wide river.  It's just a little bit higher and a little bit wider now, but we couldn't understand how it has become so terribly dangerous.
This heron on the trail, obviously didn't read the sign. 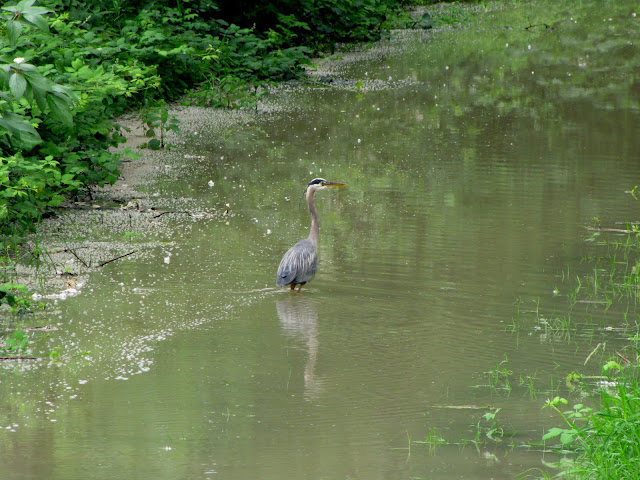 So we rode along, the river on our left behind that field.  We turned around at that mountain just over the roof of the barn on the right. 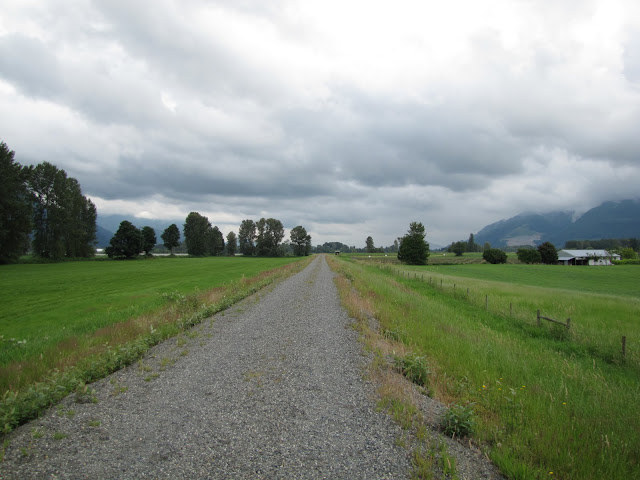 Across the river, the roof and spire of Westminster Abbey 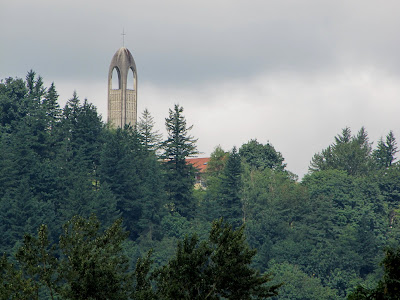 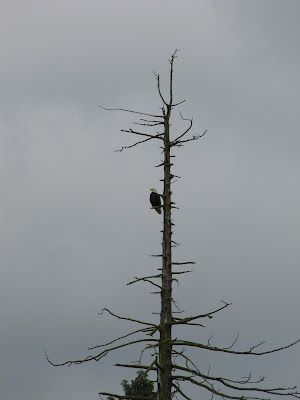 When we hit the mountain we went up the road a little ways.  It was so very steep that we ditched the bikes and walked up a bit further.  Despite the breeze, the mosquitoes were hungry.  I had wanted to see if we could see the Mission bridge, but it is somewhere behind that dark point in the middle of the picture.  A few vehicles came down the hill while we were there.  Two were taking it quite slow and cautiously, but a van came flying down.  It was bouncing on the gravel and washboards, and I just squeezed my eyes shut and hoped that it didn't go over the edge to the right.  It was scary. 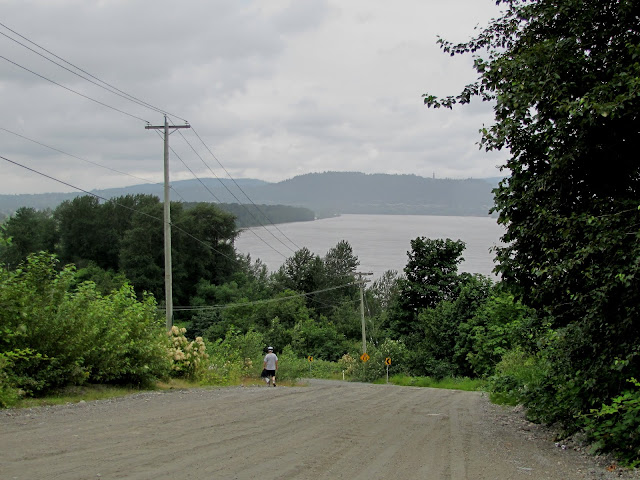 We live on the other side of that hill in the far distance.  The flat farm land below is Matsqui Prairie.  We lived there for 5 years on 4 acres when we were first married.  Lovely in the summer, and very wet in the winter. 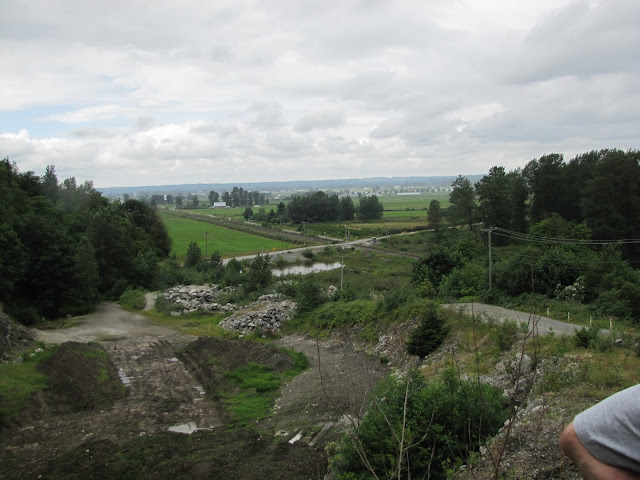 On the way back we chose to take the road. Not much traffic, thankfully.
Nice to see some of the blueberry farms are still using the netting.
Beats listening to those blueberry cannons.  Speaking of which, I haven't heard our neighbour's going yet.
At 6:30 am when the air is still, I'd swear that the first one going off in the morning is at the bottom of our driveway, instead of a quarter mile or more away. 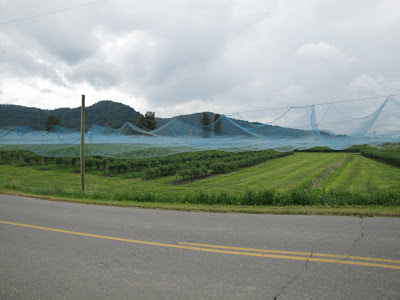