Last Friday was Canada Day, and as usual, our dog club went to Mission to be part of the celebrations there.  Mission is north of Abbotsford, on the other side of the Fraser River.  Quite a few of our members live there.  It's held at Heritage Park, a lovely spot, and our club is given a decent honorarium for participating.
Just over from where we were set up was the hot air balloon ride.  Next to it was the logging show, complete with revving chainsaws.  Thankfully it was far enough away to not bother the dogs sensitive to those kinds of sounds.
There are loads of things for kids to do. 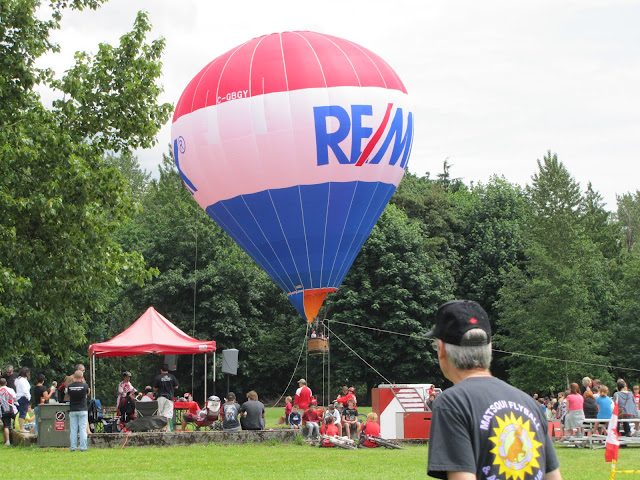 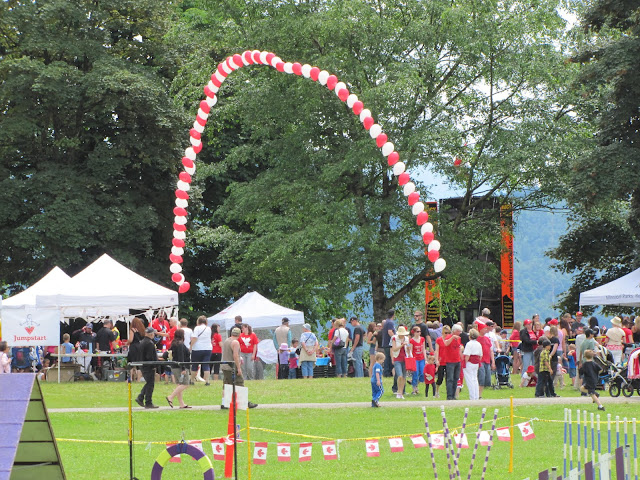 Until it finally looked like this.
We did some flyball demos, including one race where the dogs race the kids.  You try to arrange it so the kids win, but it doesn't always work out that way. 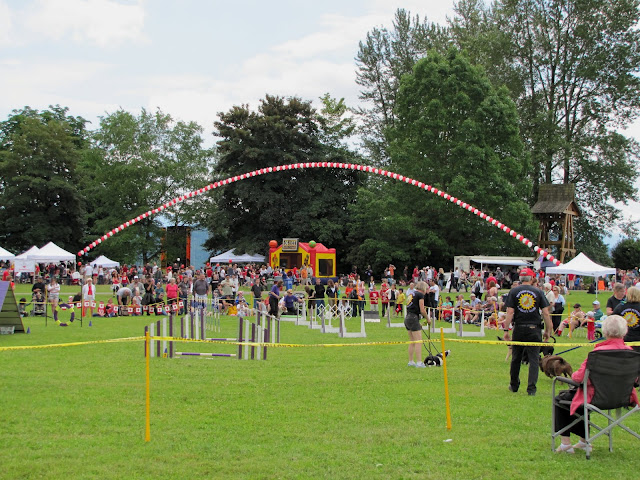 A little girl in the appropriate coloured dress greets Pippin. 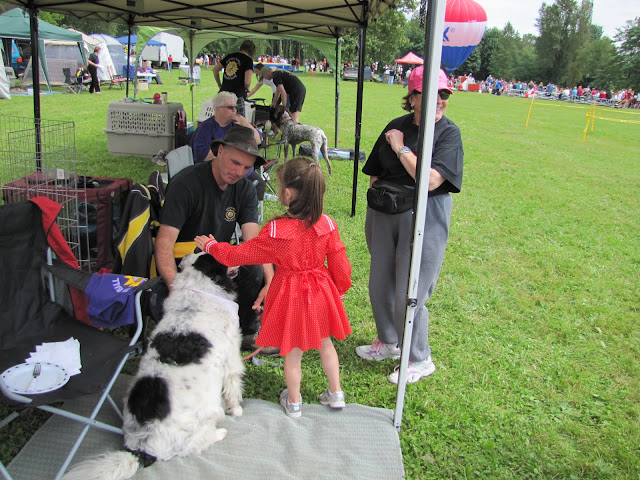 Between the second and third demo we took the dogs out to the big off leash field.  They had a great time, and Pippin and Luna did get around to chasing each other.
The mosquitoes were vicious though, and we were glad to get out of there.  Fortunately in the main part of the park there was a good breeze, so we weren't too bothered there. We did three demos.  The first one was just a regular agility run.  Not everyone got to participate in every demo, because lots of club members had come, and we were only allotted a certain amount of time.
I ran Jake in the first one.  It was a pretty sad run, we just didn't gel at all, therefore there is no video:)
The second run, everyone had to run holding a cup of water.  I said to heck with taking it easy, what is the fun in that.  When we were done I had just over half a cup left.  It certainly does make it more awkward to handle your dog.
The third demo was a rely race, on identical courses, and the dogs running in opposite directions.
It was a fun day.
Posted by Karen at 10:11 PM