Saturday July 9/11
We went garage 'sailing' today.  Yep, we took a day off from the market.  It's the Abbotsford Berry Festival, which is a street festival celebrating all things 'berry', and then some.  The farmers market is part of that, so instead of the usual hours of 9am -1pm, the market stays open until 3 pm.  This would be fine, but usually it turns out to be a hot day (although it was just about a perfect day today, not hot), and sales for me are never better than an ordinary 4 hour day, so I got that I really hated being there for those extra two hours.  To solve that, the last couple of years I have elected to not be there that day at all.  It's nice to get the odd Saturday or Sunday off during the summer.
So today instead of lolling around, reading the paper and drinking coffee or whatever, we headed out to check out some garage sales.  It's definitely garage sale season, and we had a great time, and spent a fair bit of money, but only on really essential stuff.  Okay, in my dreams....
Anyway, we are tootling down a residential street in Abbotford,  checking the intersections for sale signs.  All of a sudden I look up, and there walking down the sidewalk in front of that closest house on the right, (photo courtesy of Google maps), is a deer.
Can you see it?
An invisible deer you say? 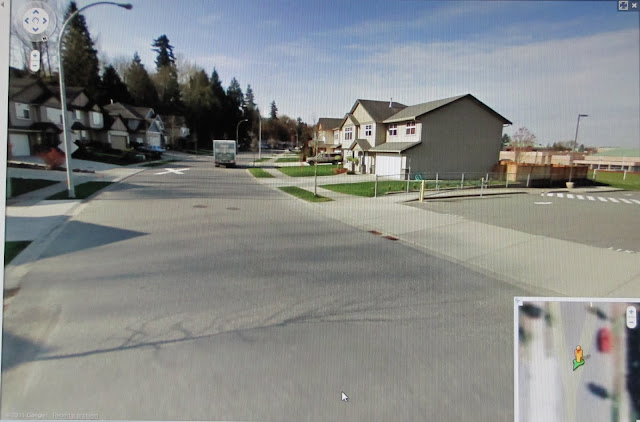 Well not really.
I did have my camera with me, but it took me a few seconds to get it out of the case and turned on, and by that time the deer had turned into the parking lot to the school right next to that house.
You can see the painted crosswalk in the picture above and below. 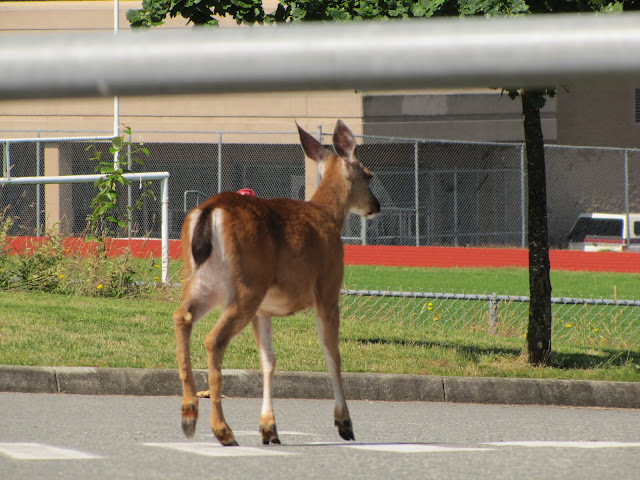 It continued walking and although we didn't hang around to see, it probably headed to that fairly large area of trees in the picture below. 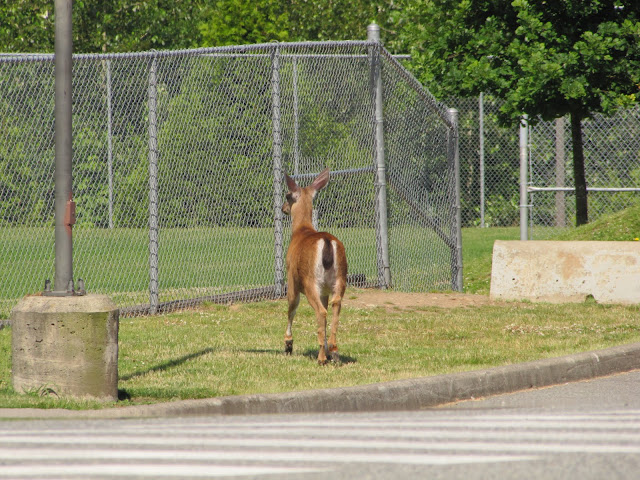 Maybe I'll get around to doing another post on the trash/treasures we found this morning.
You know that saying....
'One man's (woman's) junk is another man's (woman's) treasure.'
Posted by Karen at 12:37 AM