We have five black currant bushes, three large and two quite small.  They had lots of fruit on them, although I don't think the currants were quite as big as last year.  We got five almost full buckets off those bushes.  It's a messy job getting them cooked and strained for the juice.  I tend to try to rush things and the pot boils over and there is juice spilled and splashed everywhere.  Today it was going much better.  I figured out a better method to strain it, and didn't have all sorts of pots spread all over the counter. The first pot full was being strained with nary a splash anywhere.  The second pot, well I decided to go down to the family room to the computer.  You know how that goes..... I suddenly hear the sound of a boiling over pot, so leap out of the chair and charge up the 14 stairs to the dining room, and then across the kitchen, and managed to save it before the minor spill became a major one.  You've just been introduced to one of my exercise routines!
Cooking 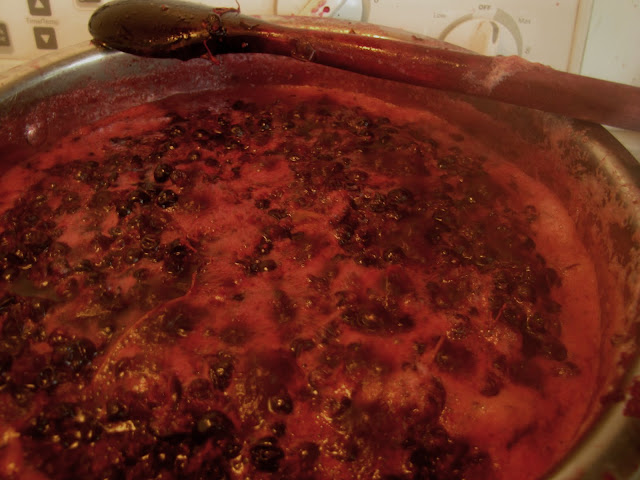 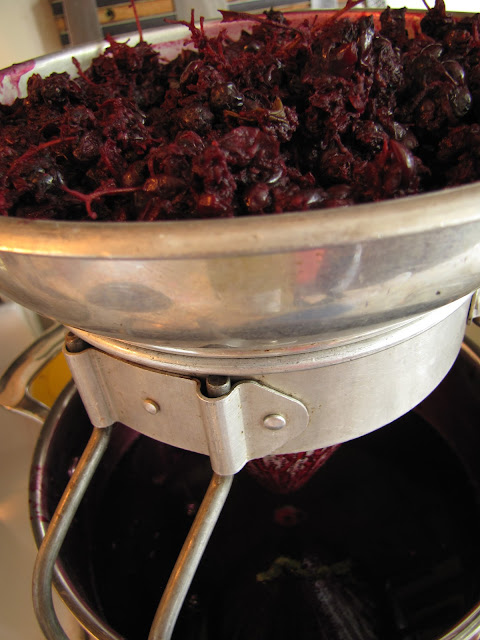 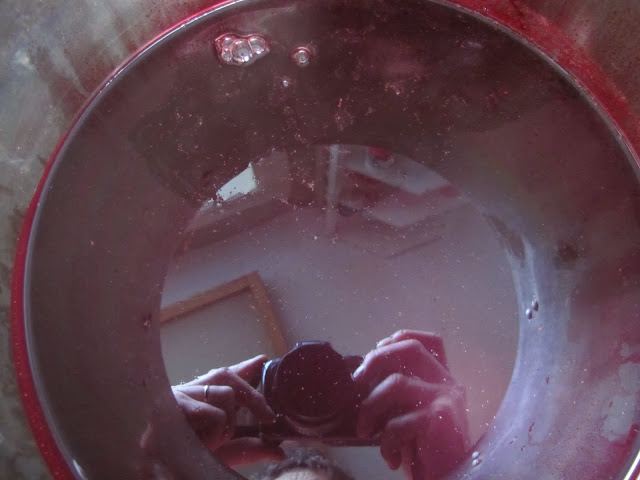 In case you can't figure it out....the big circle is the side of the pot and the juice in that pot.  The rest is a reflection in the juice, of the camera at the top of the pot, and the kitchen ceiling above that.
Posted by Karen at 9:01 PM