I've decided I want to get back into some blogging.....time will tell as to how that goes, lol!  A while back I was looking for something that I knew I'd blogged about, and then I started reading some old posts, and I enjoyed reading them.  After all, this blog is for me, it's just a lucky by-product that a few other people enjoy it as well, so I hope I can continue to keep you interested and amused.

This was part of our trail through the back bush, as we call it, about three weeks ago.  So pretty!  After what is sticking in my memory as a quite rainy September and most of October, we finally got some Indian summer.  I did wonder if it was even politically correct to call it that, and went to the 'knower of all things', otherwise known as Google, and the jury seems to be out on that one.

And this is the same part of the trail, just this past week. 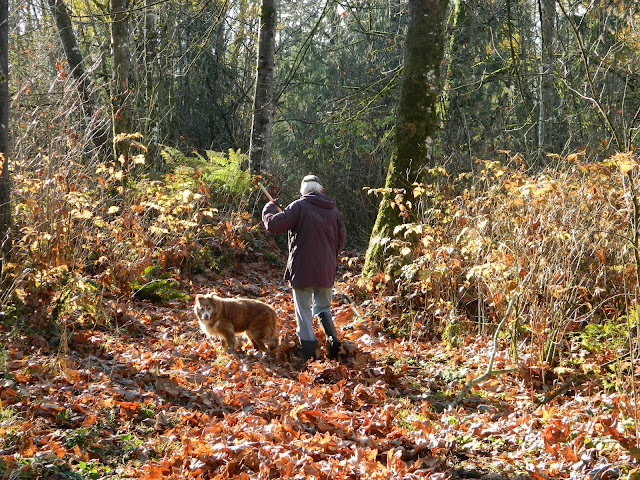 All the leaves are down, and they are very thick on the trail as they are in the underbrush around the trees, but you can't rake the leaves out of the underbrush.  Besides, there is an eco system out there, and I didn't want to disturb it that much, so decided to gather only leaves in the really thick spots on the trail.  I've always mulched our raspberries with leaves, it keeps the weeds down somewhat, as I gave up trying to keep them weed free, and the leaves are the only fertilizer they get.  After we lost half of the big maple at the bottom of the driveway, and some big pieces at the one by the gate, the leaves on the driveway are much much less, and not enough to fully mulch the raspberries.  As well as that, in the gardening group I belong to on Facebook, lots of info has appeared on the benefits of leaves as mulch, so I'm trying to get more on board with that. 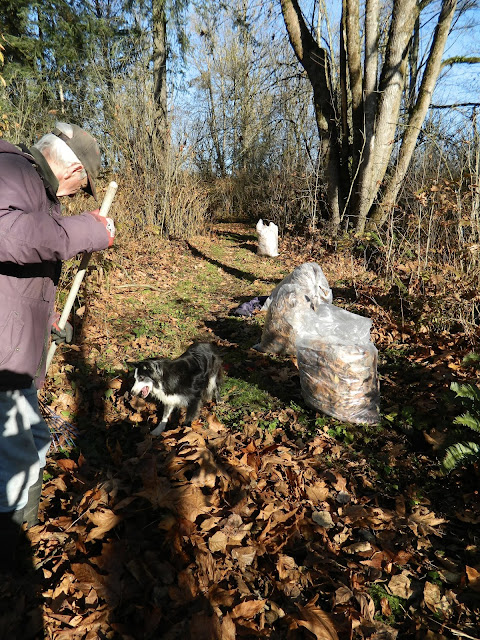 Luna loves to attack the rake, which can actually be pretty darn annoying.... 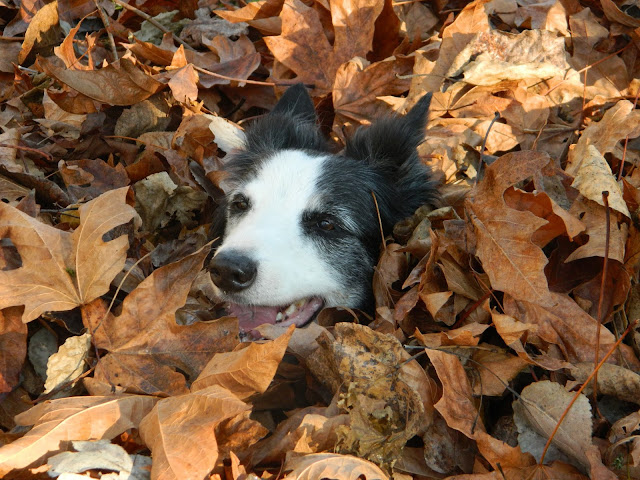 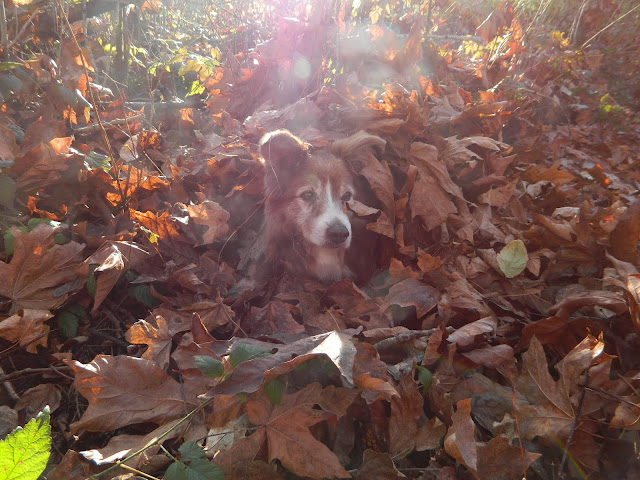 Nine bags of leaves collected from the back bush.  Larry went out with the tractor and trailer and brought them back.  I'll do some mulching at the upper garden, if I ever get it cleaned up. 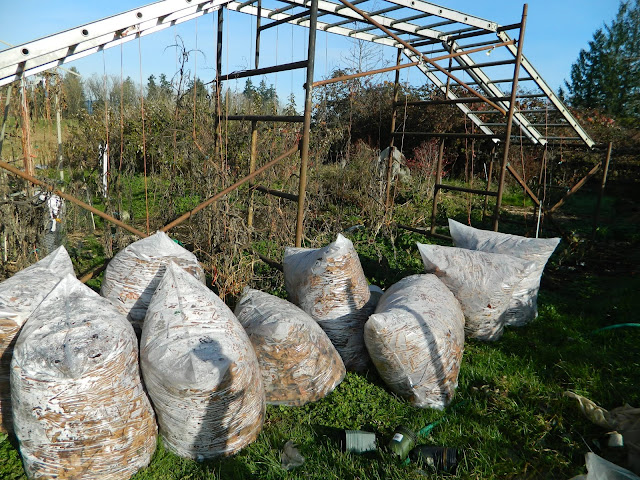 Then Friday evening, just on the edge of dark and before the predicted rain I drove the car down the road.  There I met Larry who had taken the dogs for a walk while I finished off some jam, and we raked 6 more bags full from where the leaves had piled up along the shoulder. 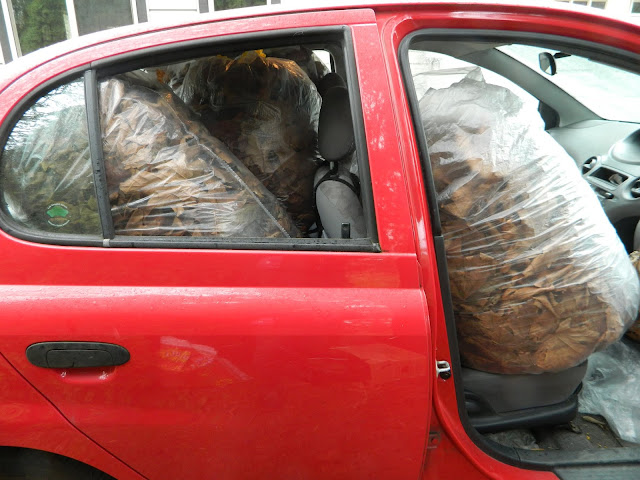 Some leaves mulching the kale, and in the background the raspberries. 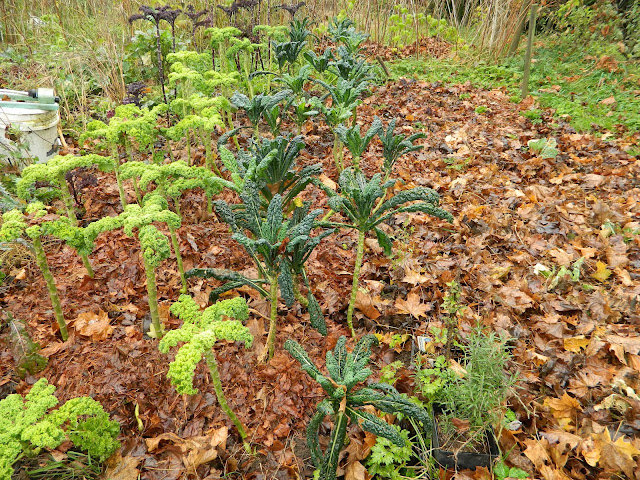 And then just some random Fall shots, playing around with a little point and shoot Nikon that I had bought second hand.  Unfortunately some coffee got spilled and ran down the back of LED screen of my DSLR (so little that I didn't even think it was an issue), but despite all my efforts, the camera died. 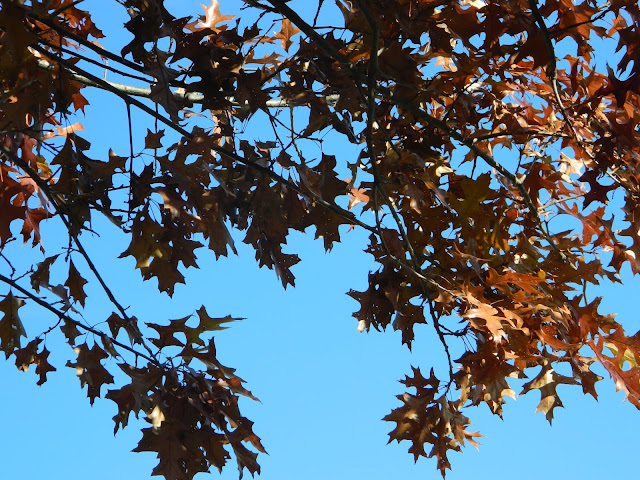 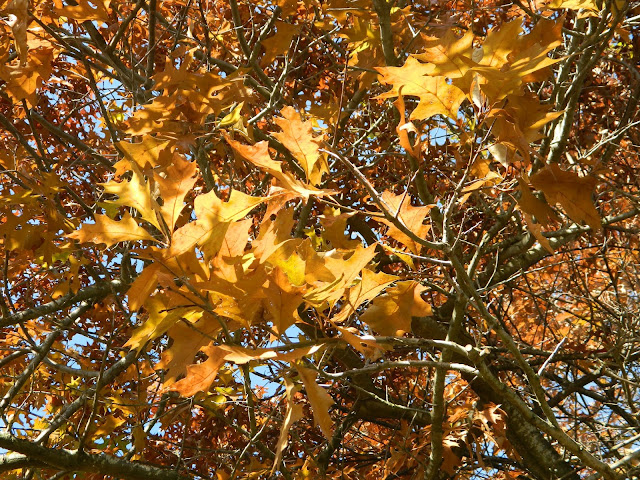 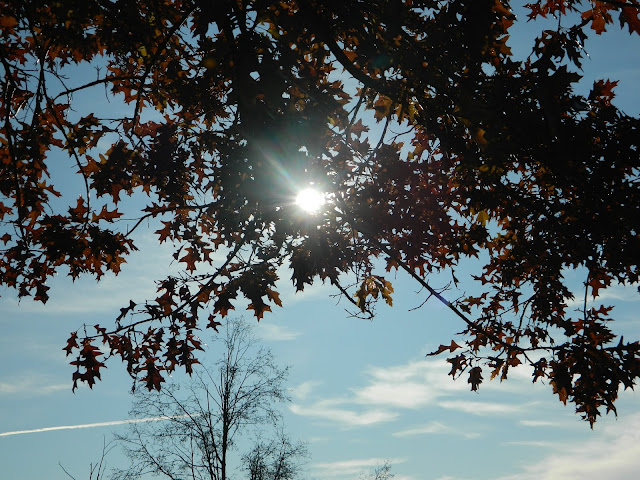 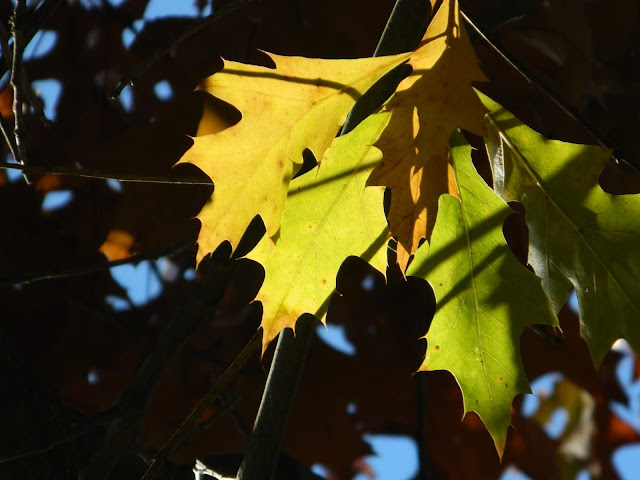 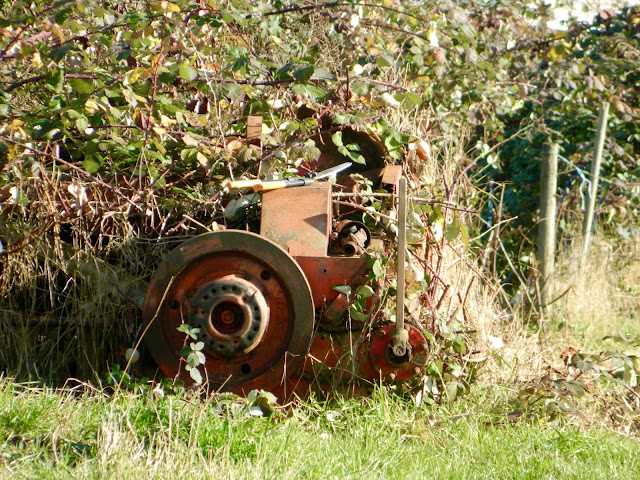 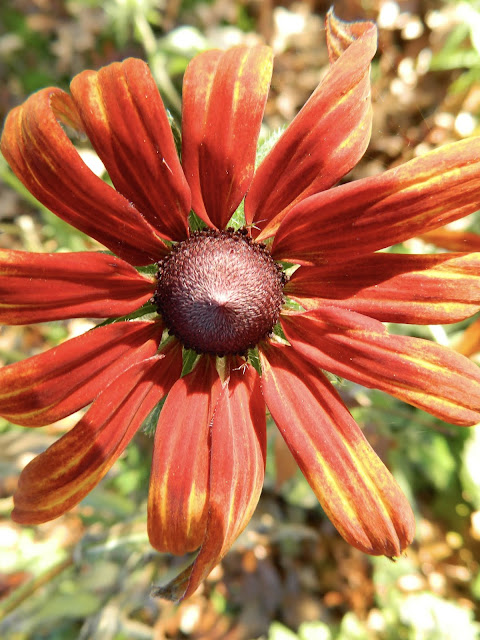 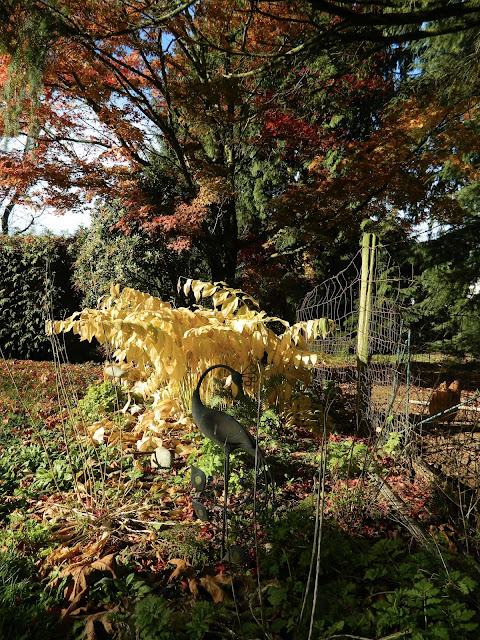 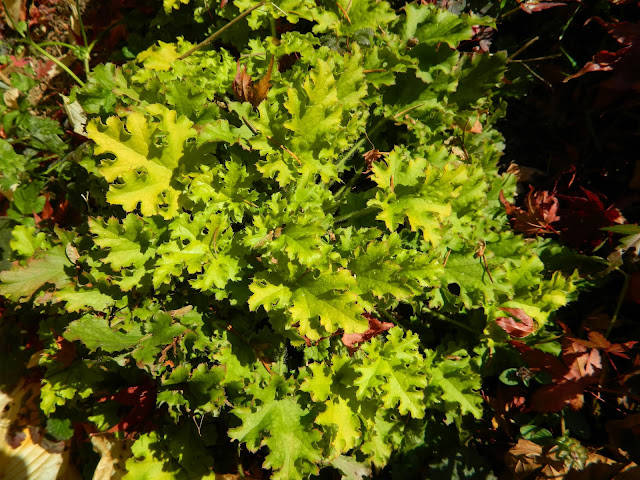 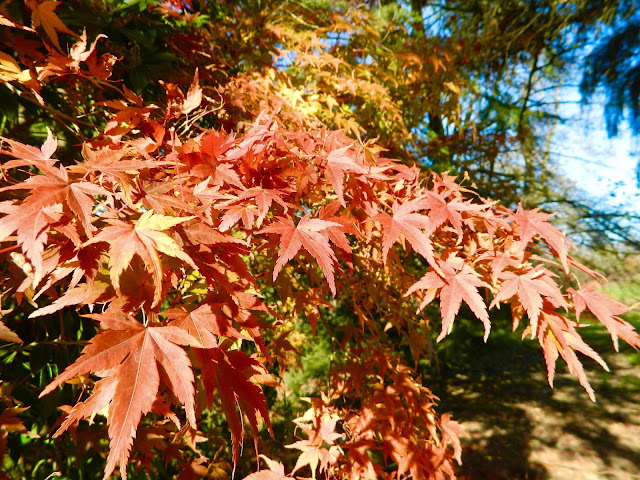 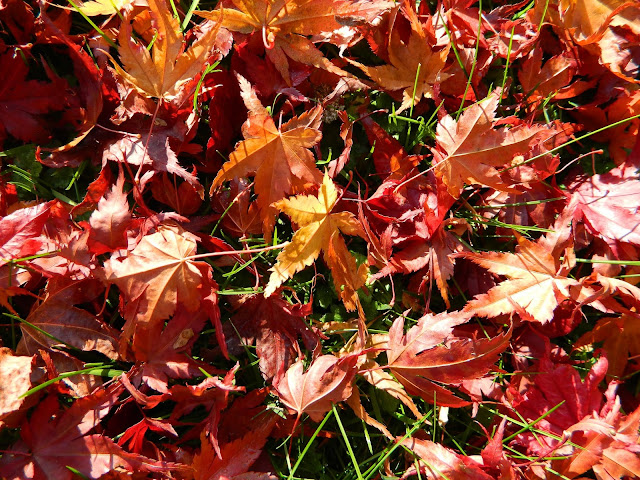 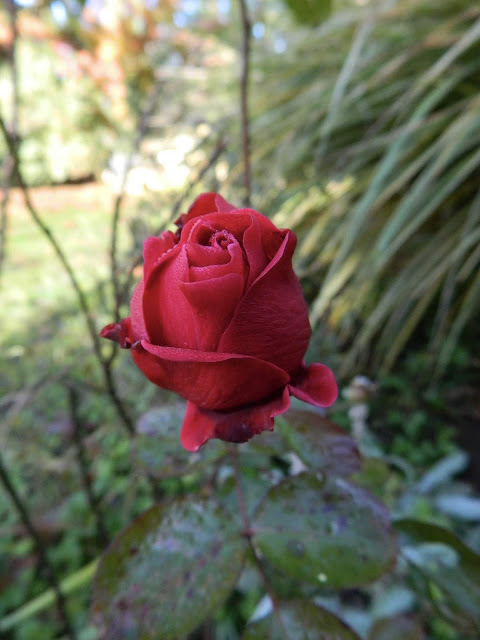 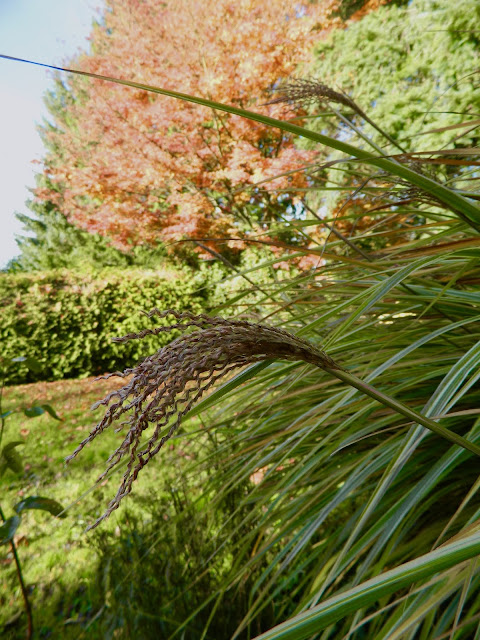 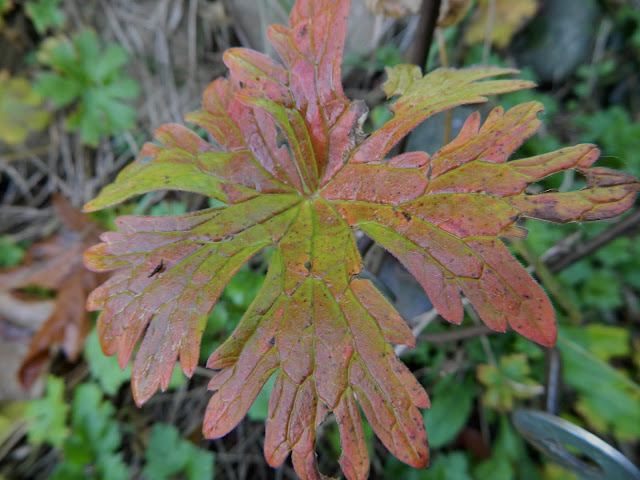 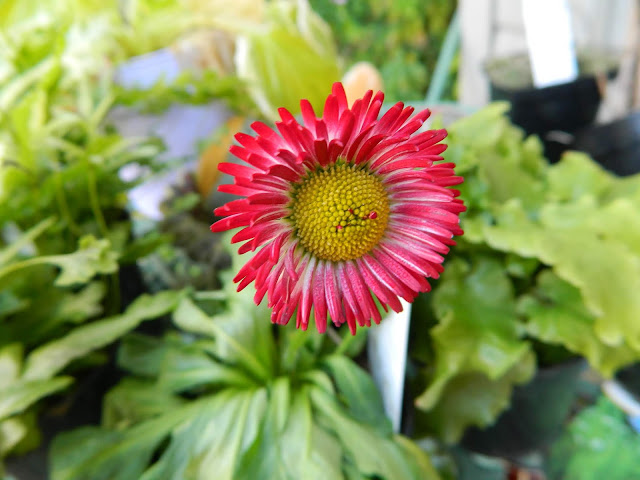