We live an area of the country that isn't subject to great weather extremes, so the odd time we get something weird, it is quite an event.
Yesterday afternoon I was making jam, and I noticed that the light over the stove dimmed a few times.
David was outside cleaning up something on the patio, and he yelled at me to come out.  Off to the south we could hear the noise of the wind, and branches and trees snapping and crashing.  Eventually it hit us, and the wind was just roaring, the trees were bending and thrashing.  I headed back inside, taking the dogs with me, and our power had gone out.  It was just too freaky outside.
Unfortunately I hadn't finished the last batch of jam.  After a fruitless search for the camping stove, Larry and David carried the canner full of hot water and jars of jam out to the trailer and I finished it off there.  The power was out for 11 hours.
This morning I expected that we'd see a huge mess around our place, but actually there was only one tree down close by the house, and that was in the sheep field.  There had been a big crack in the tree, and we had actually tried to pull the half that is now on the ground over with the tractor, without success.  Looks like the live part is what fell over, and the rest is dead, so it will all be cut up into firewood. 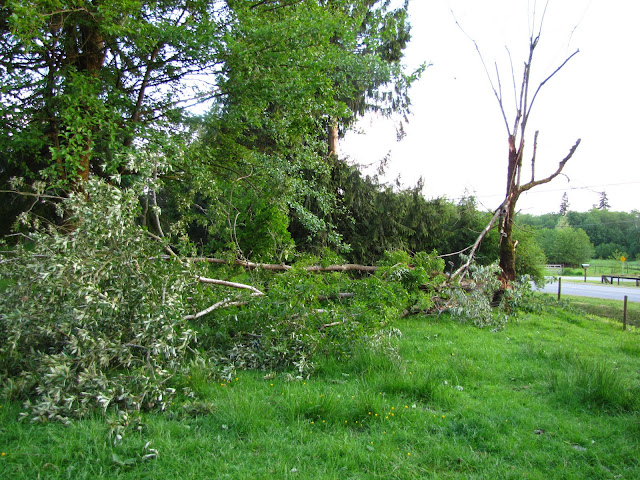 In the back bush, mostly what was down was cottonwood branches, complete with unopened seed pods.  Oh well, that much less white fluff floating around in the near future I hope. 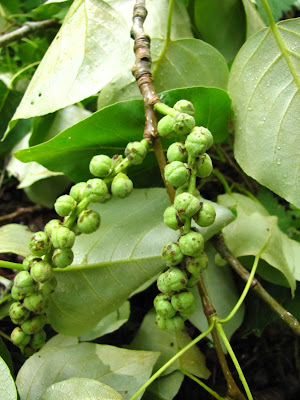 We rounded a bend in the trail, and we saw this.
Are we in Kansas? 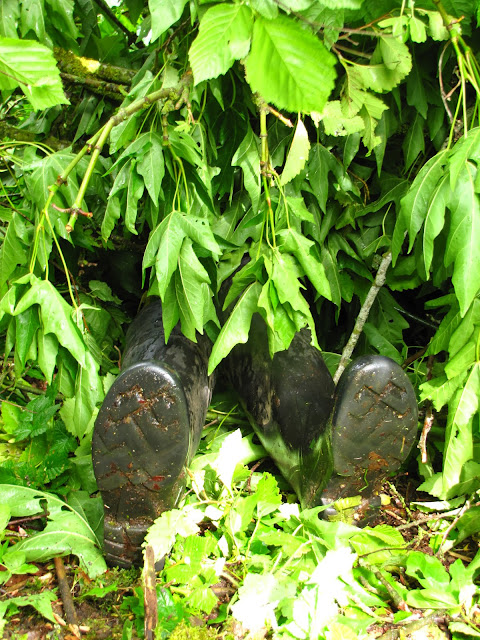 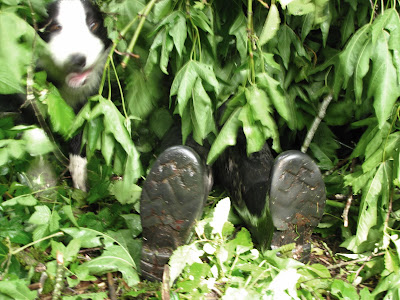 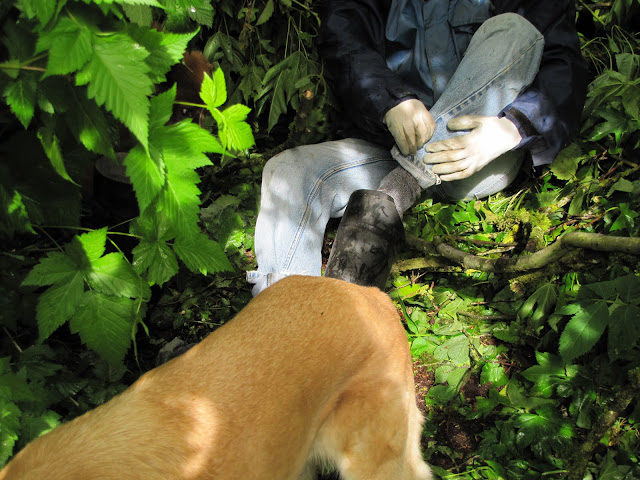 Jake tried to get through and couldn't 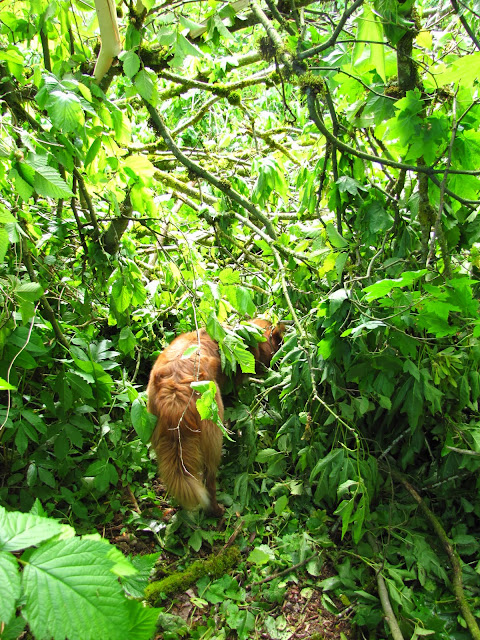 We backtracked and went around the other way to get a better look.  Calli tried to get through from that side, but couldn't either. 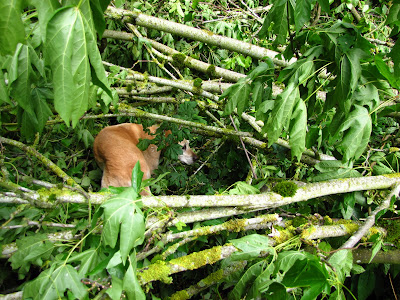 It was a huge maple branch from the top of our neighbours tree.  It had flattened the fence wire, but had the decency to miss both fence posts. 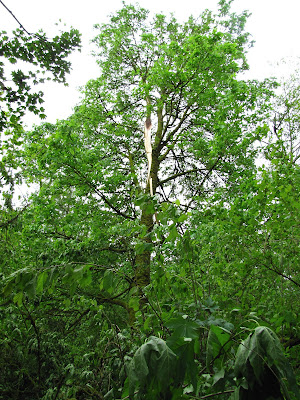 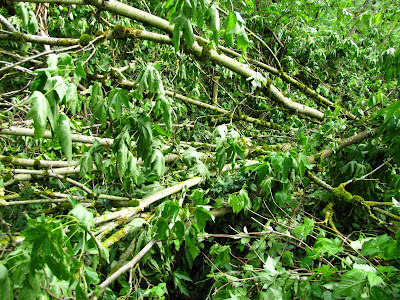 One thing that we did notice when we were out there was that the salmonberries were ripening, so this afternoon I went back out with a bucket and picked some. 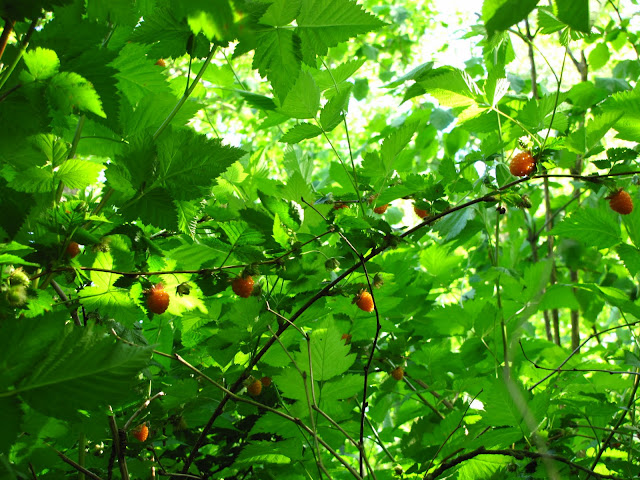 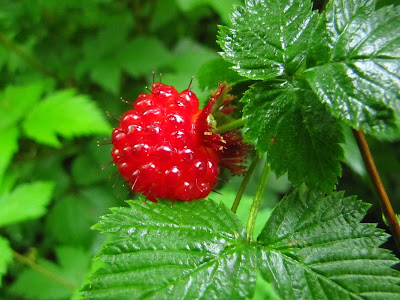 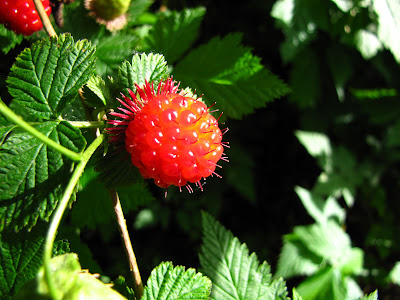 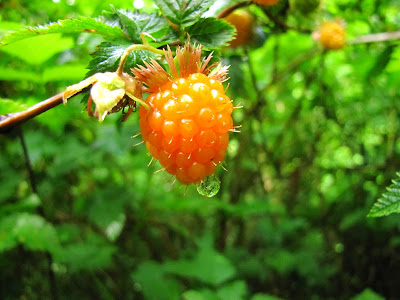 I managed to pick half a bucket 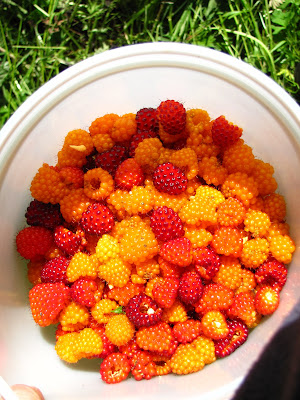 The dogs pick their own 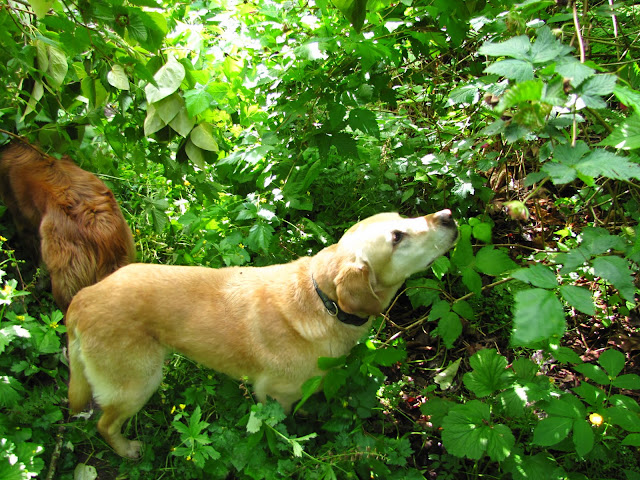 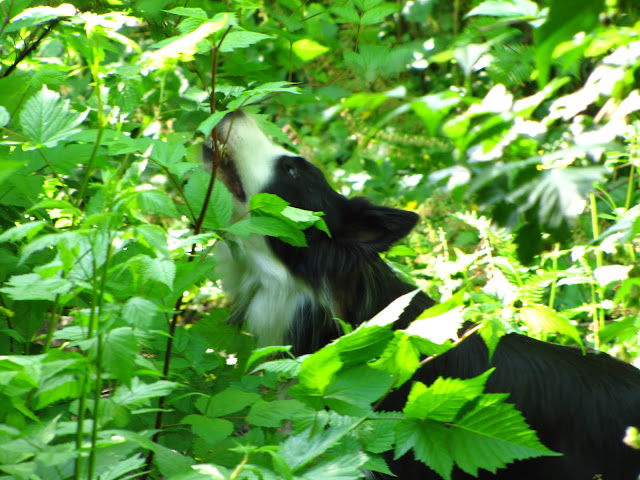 Then we played a silly game.
A few salmonberries were harmed in the process. 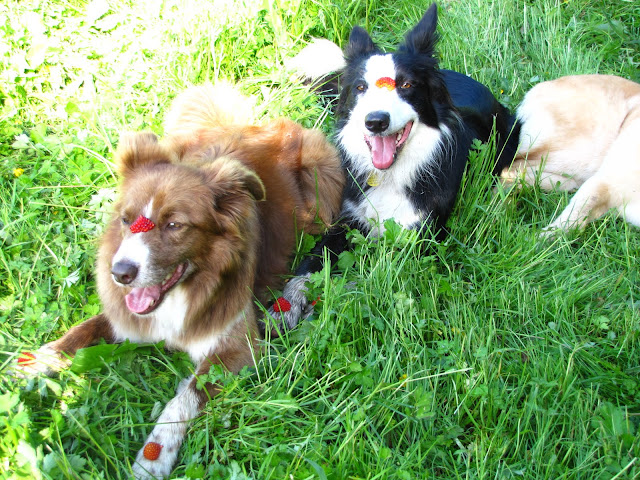 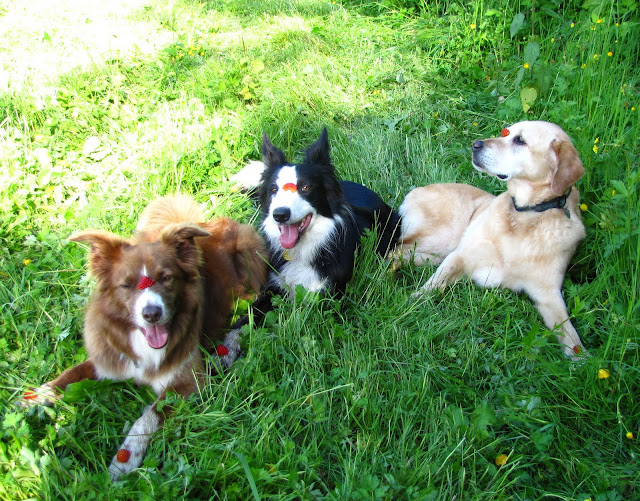 Not quite as hard to resist as a dog treat, but they were happy to gulp them down when I gave the word.
There will be lots more salmonberry picking walks coming up.
Posted by Karen at 10:56 PM