A game of fetch

We have had some really nice sunny days lately.  The dogs always expect to go for a walk off the property in the afternoon, but we don't always oblige.  Sometimes you are just involved in other things, so we can take the edge off by playing a game of fetch.  The 'pinhead' took the camera out. 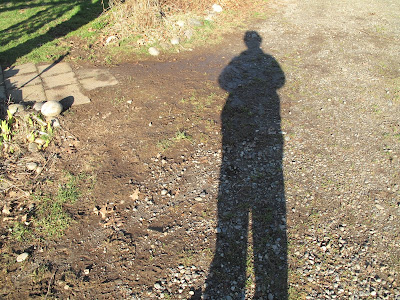 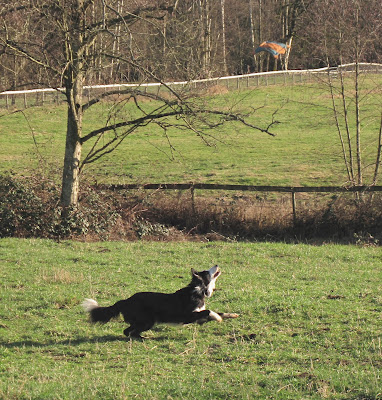 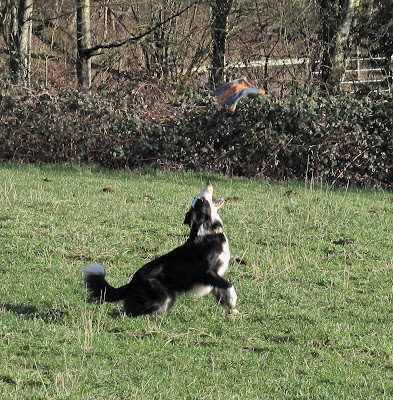 The Flying Squirrel has landed 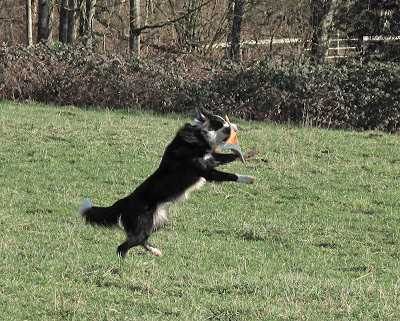 Jake and Luna will fetch just about anything.  I prefer something that hovers, compared to a ball.  With a ball you can get get a lot of quck slamming stops which is hard on the body.  If the Flying Squirrel is thrown right, it hovers just above the ground, and is still moving as the dog catches up to it, so no sudden jerking stops.  Of course it doesn't always work that way, and a lot of the time tends to lift up at the end of it's flight, hence the jumps.  Neither dog jumps very high, so not worried about it. 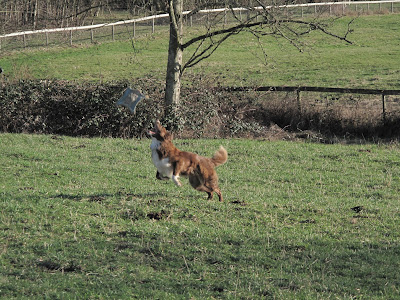 Calli will only fetch one thing, so we use the Chuck-it (you can just see it above and slightly to the left of Calli's head) 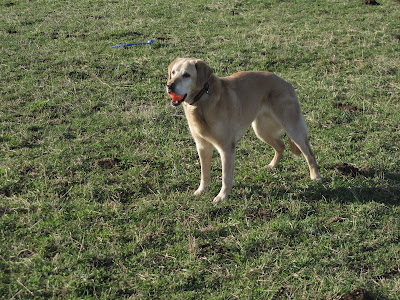 The body slamming thing is not such a big deal with her.  She can only use her front legs for power, so can not get the speed like the border collies.  Each dog has their own toy to retrieve, so as I throw it, I say 'this is Jake's, or Luna's, or Calli's,' depending whose turn it is.  That avoids any crashes or snarking at each other to determine who gets the toy.  The dogs picked up on that concept really quick.  The incoming dog makes a wide loop to avoid being run into by the outgoing dog. 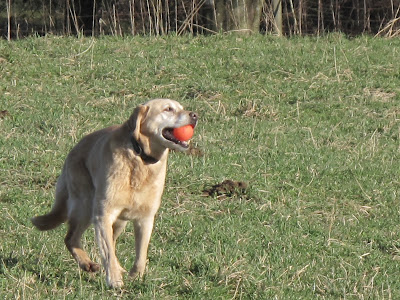 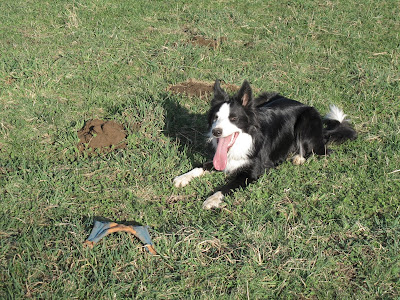 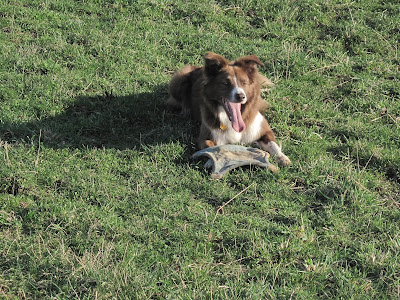 Into the pool to cool off.  Ewwww, more like a mud bath.
That pool is out year round, because even in the dead of winter, providing it is not frozen, Luna especially likes to lie in it if she is really hot.  It also serves as a foot wash before they come back inside.  Anyway, the dirt that had settled got all stirred up... 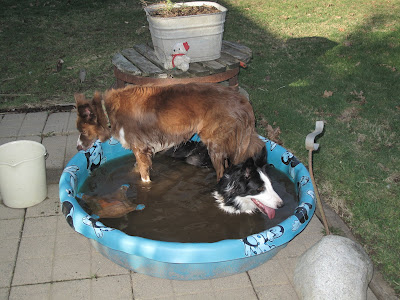 So time to clean out the pool.
Jake and Calli make themselves scarce when the hose comes out.  Never know when I might actually want to rinse them off with it.
Luna loves it. 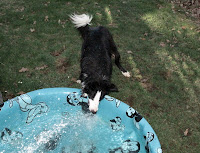 The pool's all clean, ready for the next time. 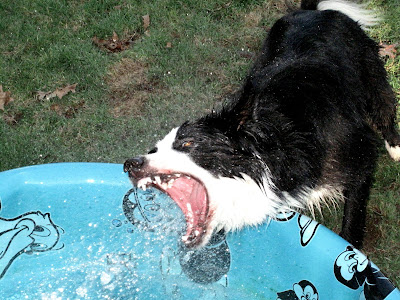