A few days before New Years I read this blog post here.  It hit a nerve.  There was so much there that I could relate to, especially the chocolate chips part.  My go to comfort food.  It's a rare time that a bag of choco chips actually makes it into some baking.  And if it does, such as cookies, well you can be guaranteed I will have eaten my share of the total batch in the first few hours.  I am addicted to food, the wrong foods.

For quite a while now I haven't liked how I've felt.  Not as much energy as I'd like.  Aches and pains, and other pains.  A whole bunch of different physical ailments that add up to a lot when I put 2 and 2 together.  A lot of it I blamed on the extra weight I've been packing around for far too long.  Between Meredith's and David's birth, I weighed 30 lbs less than this.  I'd love to get back to that. Who wouldn't.

I looked into the Whole30 plan mentioned in that blog post.  The idea of a whole bunch of people doing it together sounded fun.  I joined the Facebook Page.  I was sick right up to New Years Eve, but knew at that point I was on the mend.  I decided to just dive right in and join along on the Whole30 ride.  What is Whole30 you ask.  This is taken from the whole30.com website.

Think of it as a short-term nutritional reset, designed to help you put an end to unhealthy cravings and habits, restore a healthy metabolism, heal your digestive tract, and balance your immune system.

You can read the rest of it here - www.whole30.com/step-one/

The plan is to eliminate most things that can irritate or cause inflammation in the body.  For 30 days you eat meals that do NOT contain added sugar in any from, which includes honey, maple syrup and the variations of the words that end in 'ose'. Grains and pseudo grains are banned, as are legumes (including peanuts), dairy and soy, as well as alcohol.  Sulphites, MSG and carageenan are banned.  Basically the meals consist of vegetables, animal protein, and fat or oil, with some nuts and fruit.  We are to try hard to stick to three meals a day, with little snacking.  Coffee and tea are allowed as long as they are compliant.

Larry got sick on New Years Day, but yesterday he started to feel better.  Today he joined me on the Whole30 plan.  He too has a bunch of physical issues he'd love some help with.

This was supper tonight.  Butternut squash topped with a ground beef and veggie mixture.  Sauerkraut on the side (that was a new one for us, but it was good mixed in with the ground beef)  and a few grapes and pomegranite seeds.  Loving the colourfulness of it all! 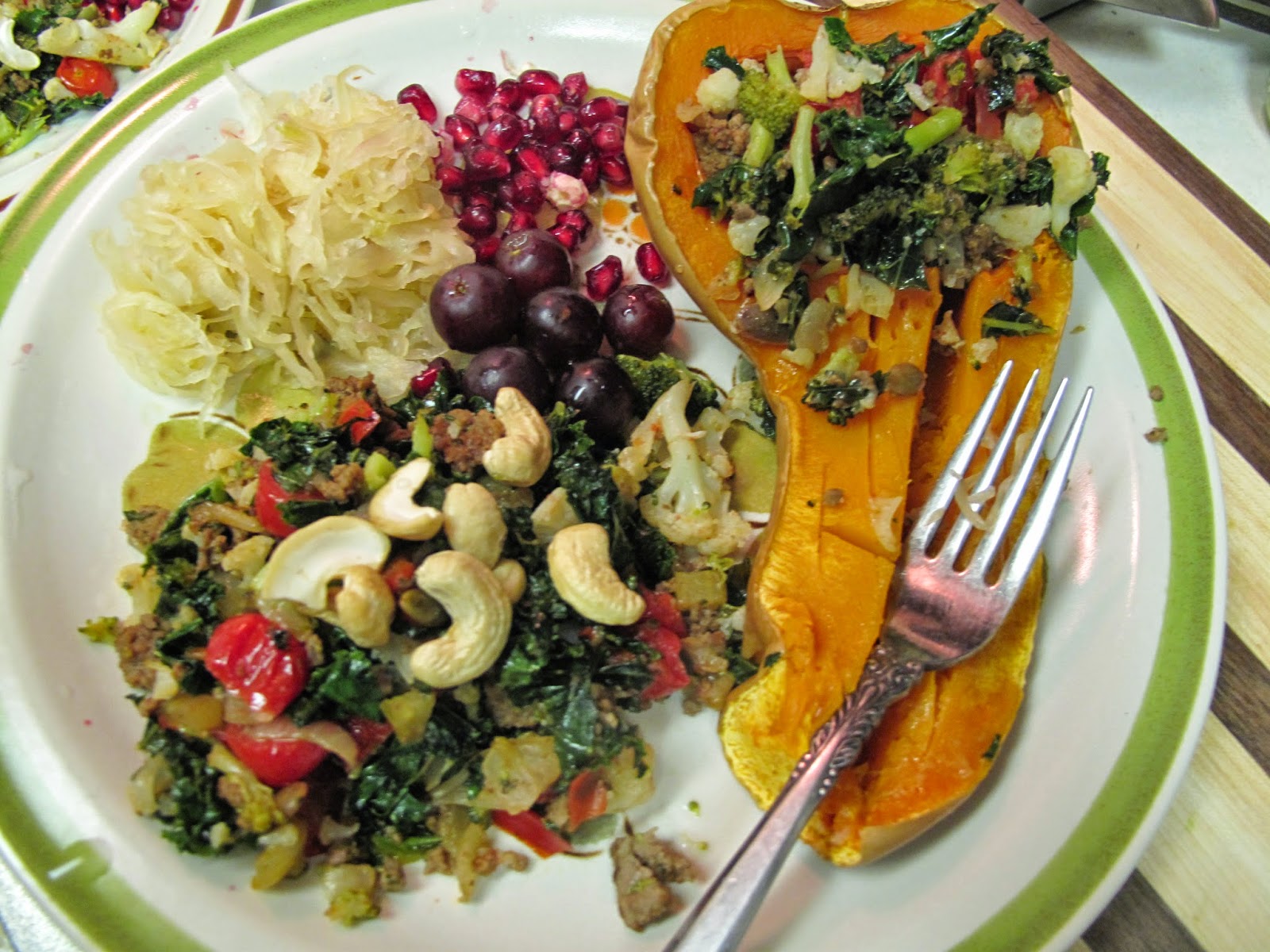 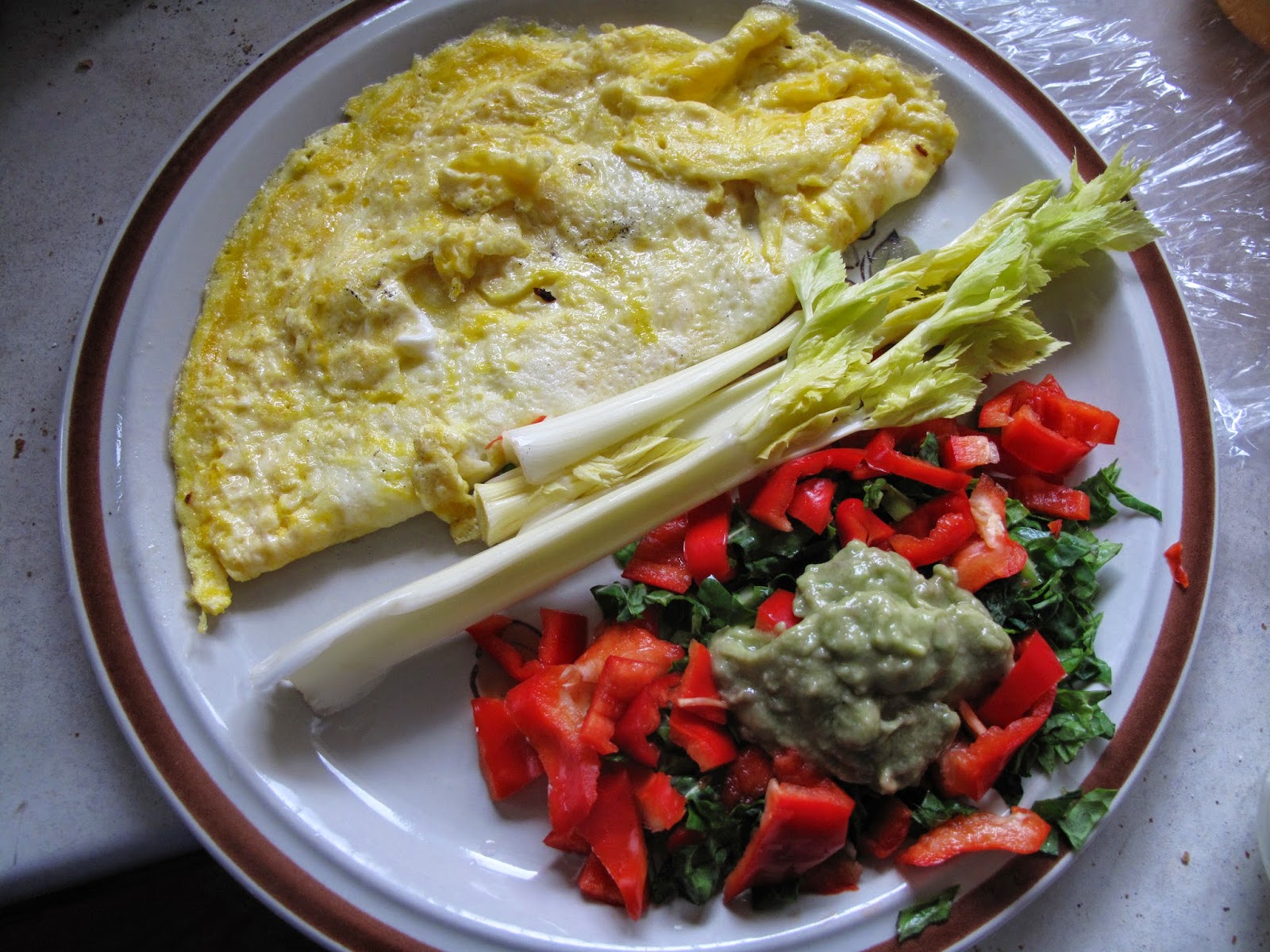 Today was my second time going out shopping for this plan.  I seemed to be constantly blocking the aisle with my cart as I stood and read labels, and had to put most of those things back on the shelf because they had sugar in the them.  If it wasn't sugar it was soy or some other 'banned' substance.

I haven't weighed myself since I started.  It is strongly encouraged that you don't weigh yourself until you have done the full 30 days.  I don't feel like I've lost any weight yet.  My body is still sorting itself out.  One thing that I have noticed though, is the lack of stiffness in my hip joints after I have been sitting down for a while, either on the couch or at the computer or in the car.  Sometimes it was so bad that I could hardly walk for the first few seconds.  Yesterday I suddenly realized that that had seemed to have gone away.  I remembered to think about it after I got out of the car after driving for half an hour.  No stiffness!
While I was shopping today I took my blood pressure at the pharmacy.  Now my blood pressure has usually been pretty good, but today it was even better at 108/68.

I figured I deserved to stop at the thrift store!  Poked around in there and spent a whole $3.70.  These were my best finds.

Red tags this week were 50 cents.  So for a whole $1 I got these two collectibles.  The round one is about 10" in diameter. 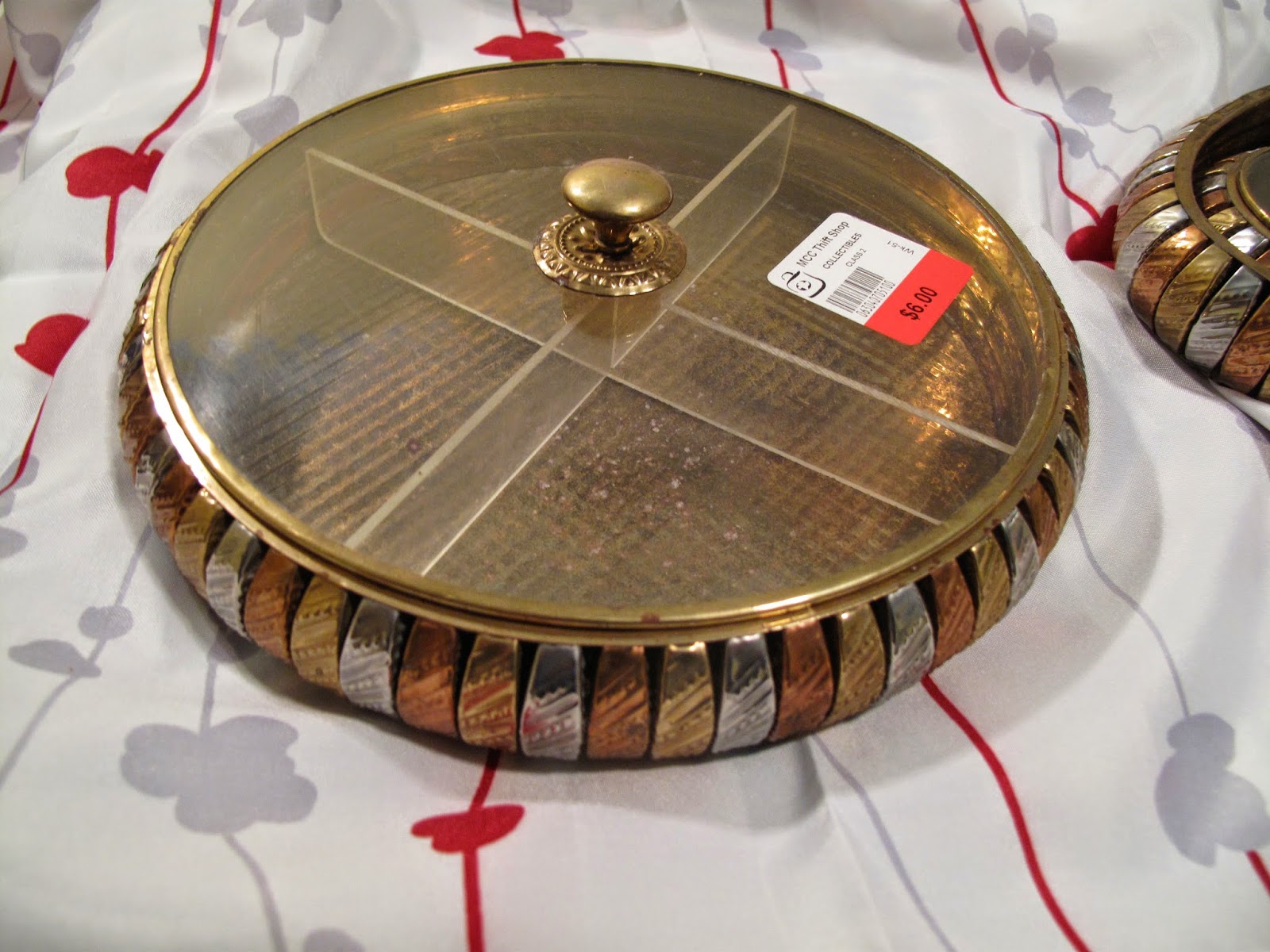 This one originally was $8
One of the smaller containers out of this one fill up the palm of your hand.  Anyone know what they are?  All I can assume is they sat on a dresser or desk and held 'stuff'.  Maybe jewelry or make-up or maybe they are collectibles holding collectibles.  They are metal, probably aluminum, as they are very light.  The clear lids are a thick plastic sort of stuff.  Pretty interesting I thought. 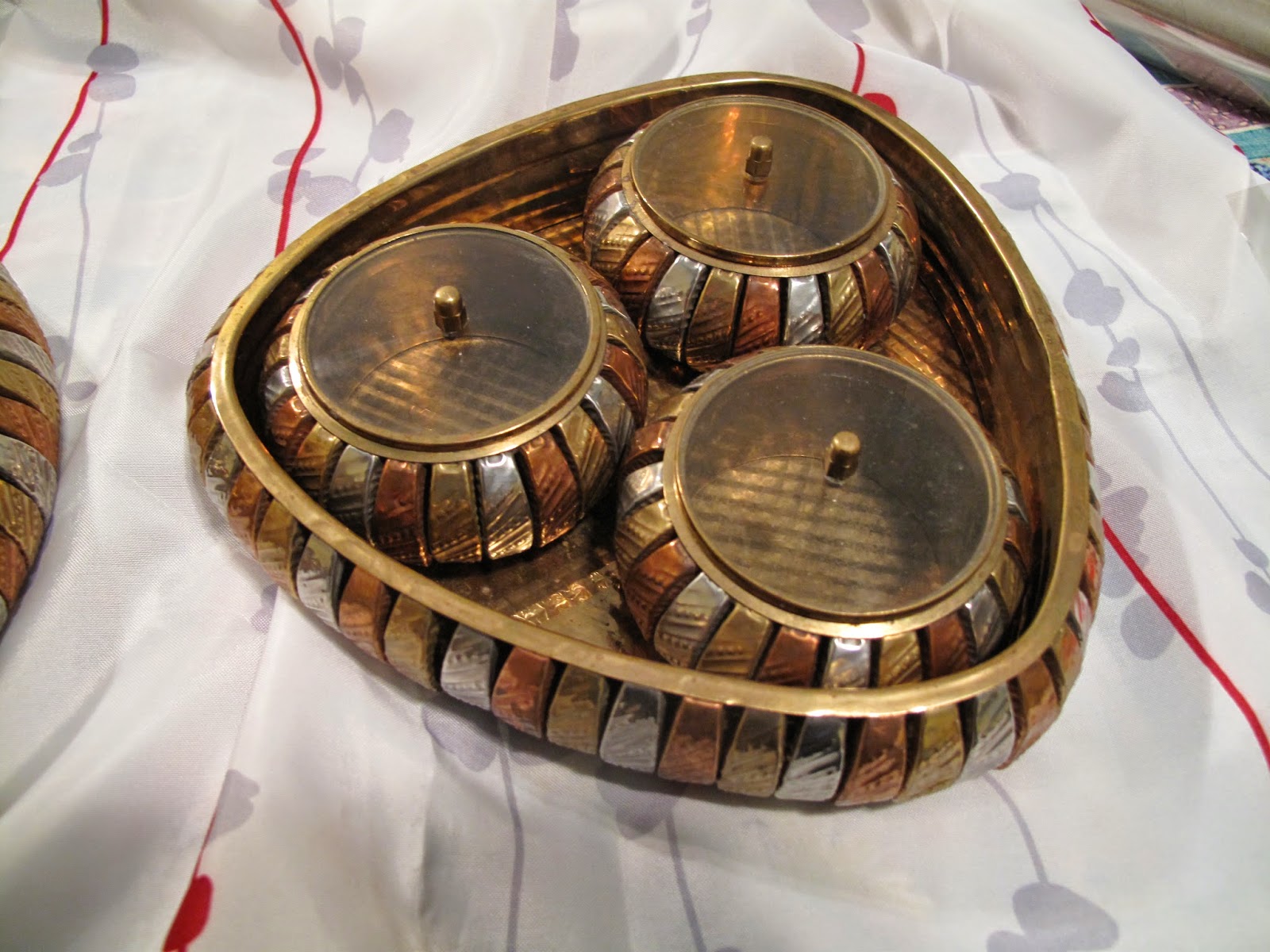 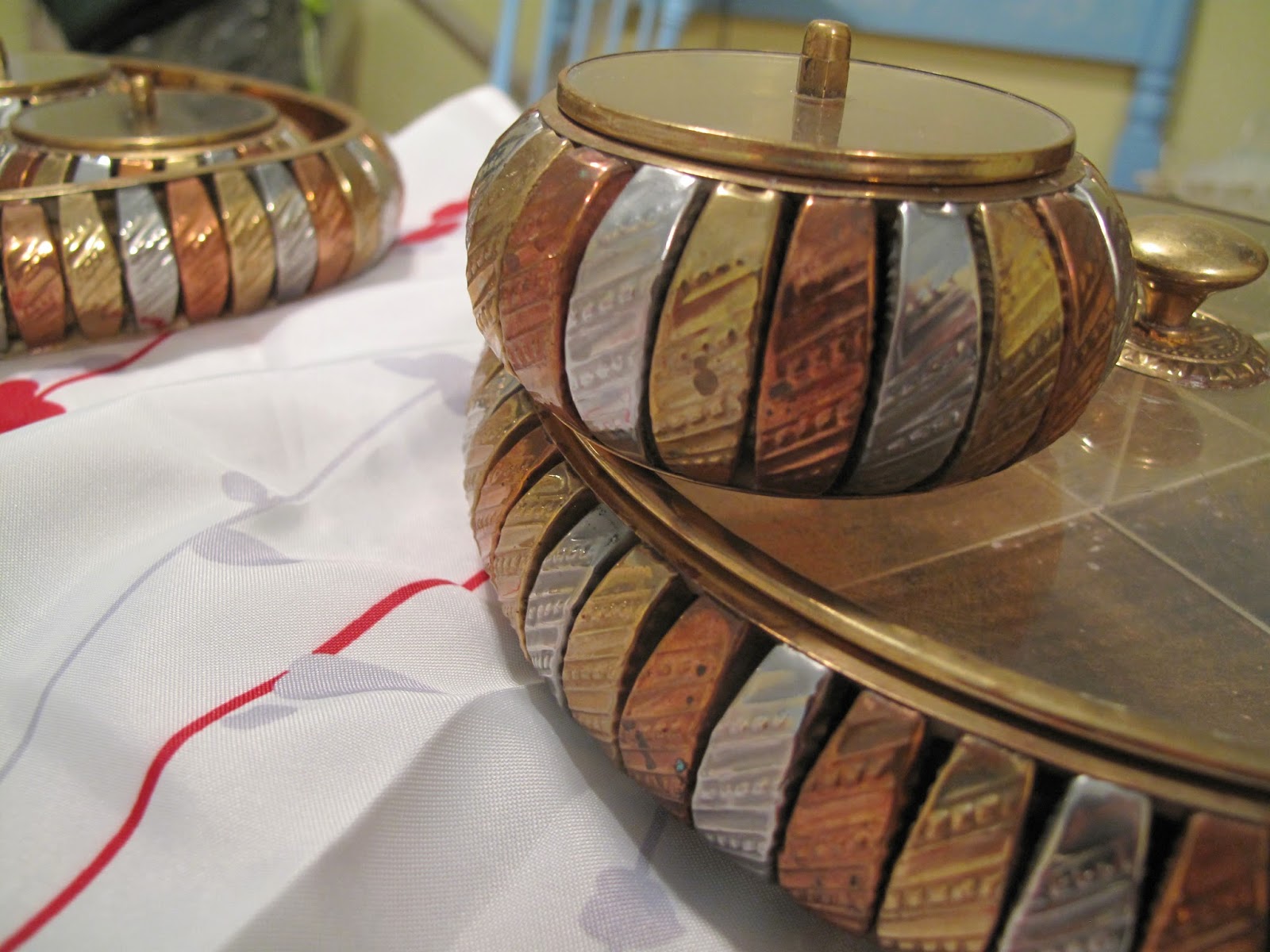 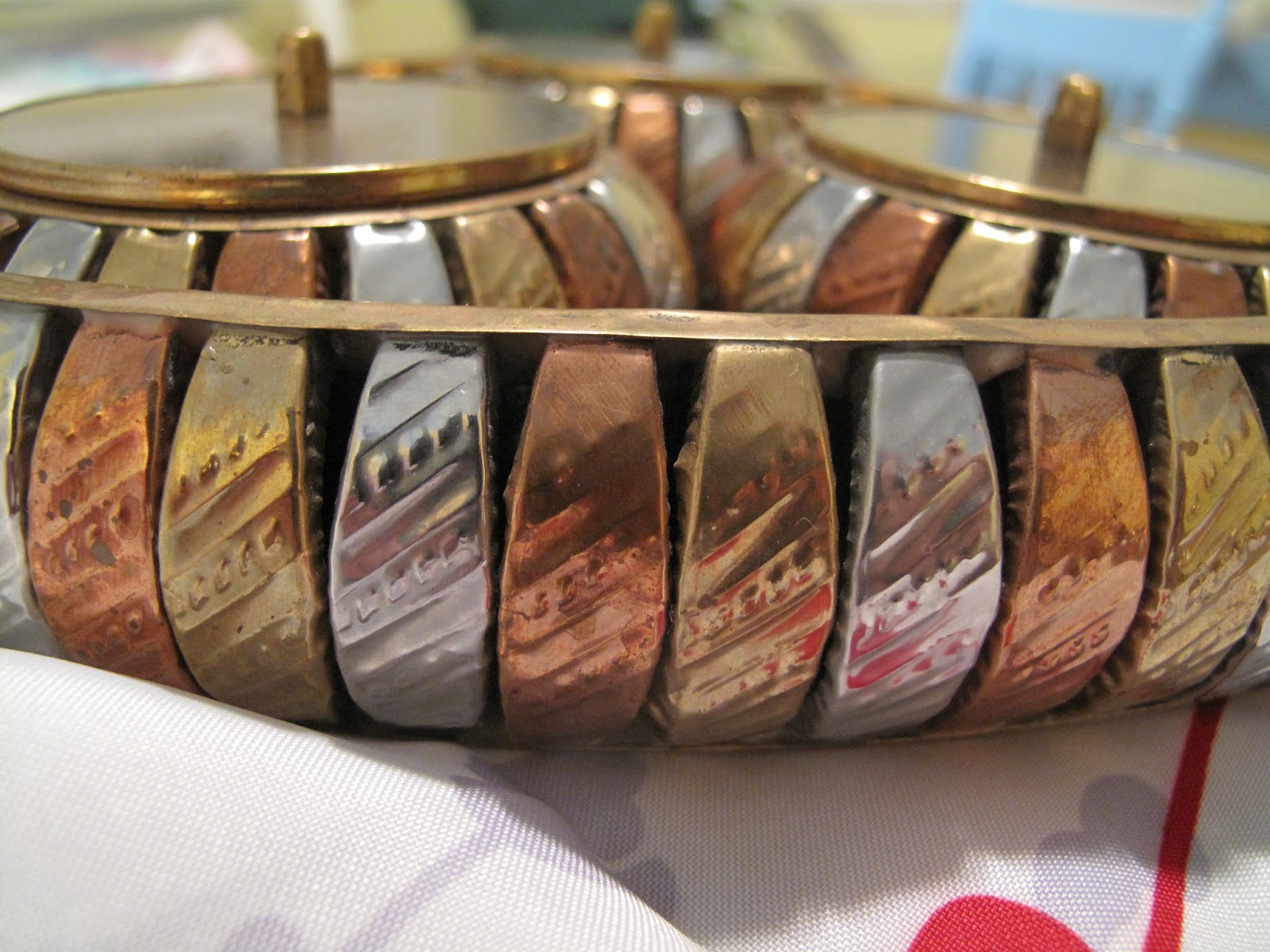