Frost on the Pumpkins

Thursday morning was the coldest morning so far.  Lots of frost, which only makes sense as we are on the downhill slide to the shortest day and the start of winter.  This is the biggest pumpkin I've ever grown, but it sure wouldn't win any prizes. Not that I've ever been much into growing pumpkins.  If I actually started my own from seed, I'd probably have more luck.  This was a plant I bought, and it sat there and did absolutely nothing for weeks after I planted it.  Finally the darn plant got things figured out and eventually produced these two measly pumpkins. The big one's not even ripe yet, and is just going to become sheep or chicken feed I guess. 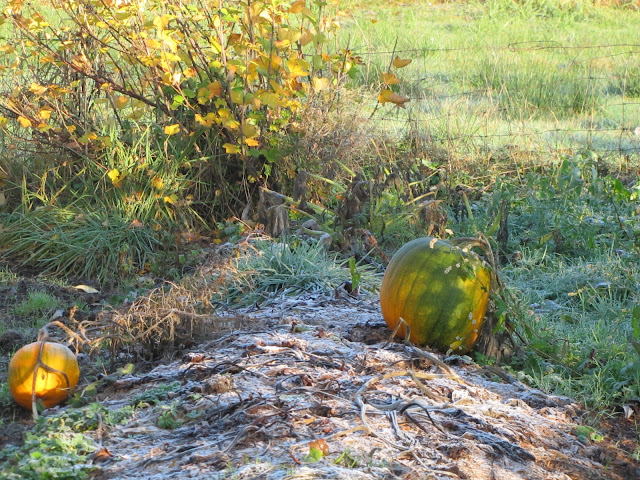 Frost on the dahlias too, but still not enough to kill the plants off. 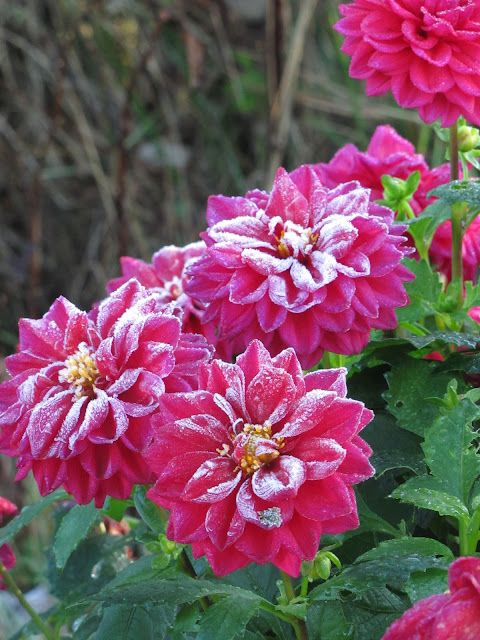 Gorgeous colours on the blueberry bushes 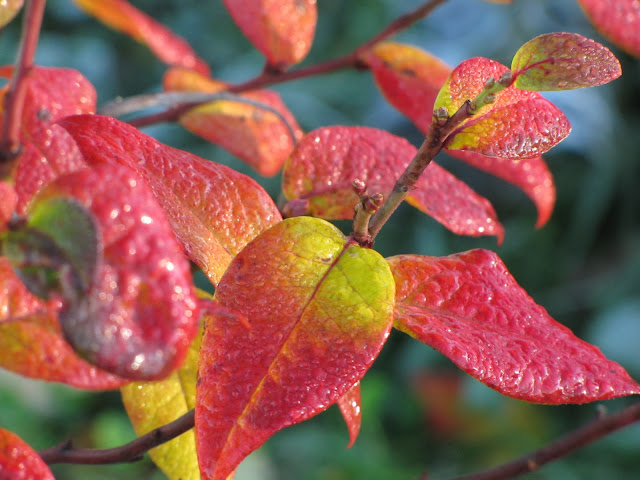 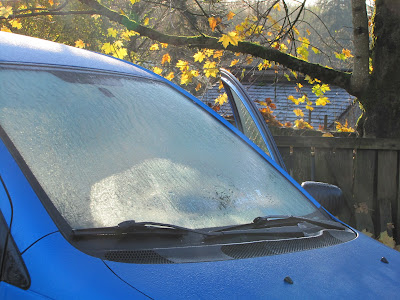 We have maple leaves everywhere 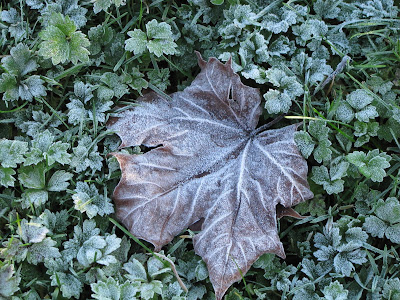 And if we have frost, it probably means the sky is clear and we don't need rain hats or umbrellas because we have sun!
We have maple leaves (Is this Texas?) big enough to serve as either though. 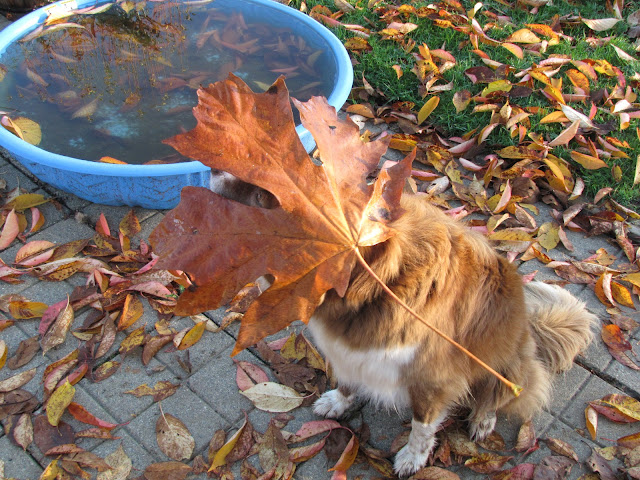 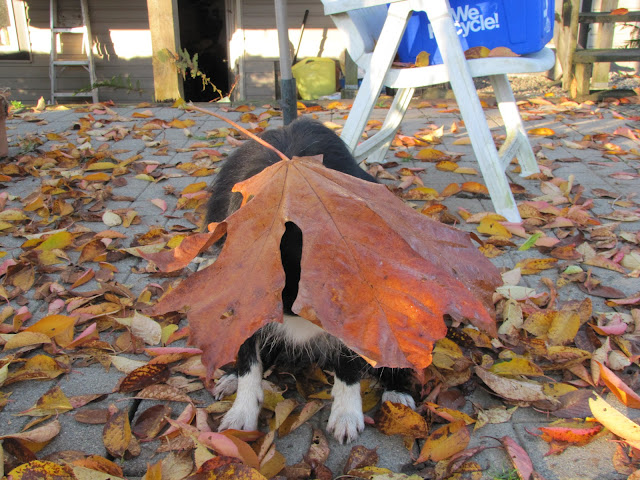 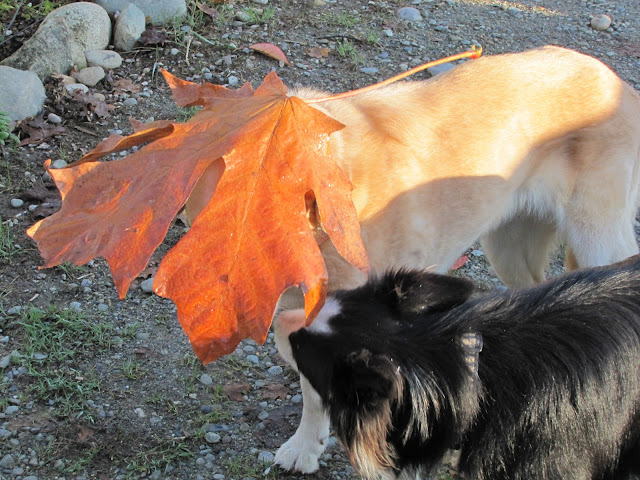 The Old Ewe is still hanging in there.  Getting special treatment.  One day at a time 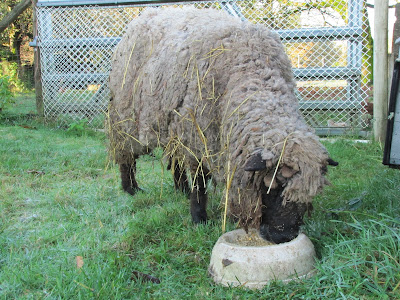 And when we walked through our back bush this morning.....we saw bear poop!
Looked like Mr. Bear had been helping himself to some one's apple tree.
I'll be talking loudly if we walk through there tomorrow morning.