Right now we are in a little stretch of dry and mostly sunny weather.  After all the rain, it is wonderful.  The rain makes for mud, and despite people saying that chickens don't like to get their feet wet, the chickens don't really care. They will scratch around in some small patches of mud, and then don't wipe their feet at the door, and the coop gets to be a disaster far too quickly.
Larry headed out with the car to get 10 bags of feed.  We buy 10 bags every time, sometimes more, because we get a slight discount when we buy at least 10. 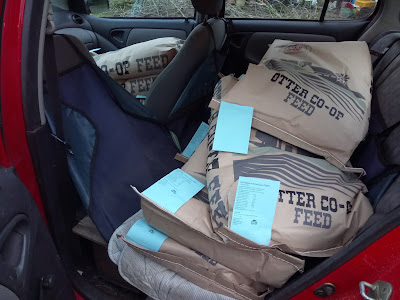 Then in the afternoon I browsed Craigslist to find some hay and did find some cheaper stuff advertised as 'bedding hay' and Larry headed off to get 10 bales of that. 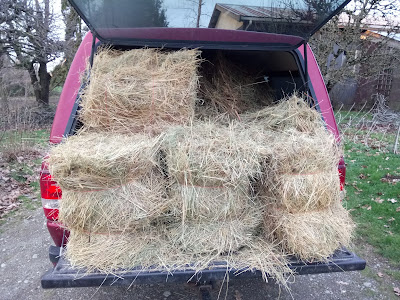 We use it for bedding in the coops and nest boxes. The hay was just down the road from where we used to live when we first got married, so Larry got to talking with the hay guy, and then said he had a hard time getting away.

I was prepping some oranges for marmalade and was heading outside just as Larry got back.  I started cleaning out the coops, it went fairly well and I only had one wheelbarrow to dump from each of them. One of those wheelbarrows was as full as it possibly could be (Larry calls me 'one trip Karen').

Meanwhile Larry got the hay unloaded, two of the bales were a bit loose and decided to bust out of their strings in the unloading process.  The hay was nice and fine and was easy to spread in the coops.  Such a nice feeling to have the coops all clean and freshly bedded again.  The dry weather helps to keep them clean, and the days getting longer helps too.  The shorter the nights, they less time they spend roosting. 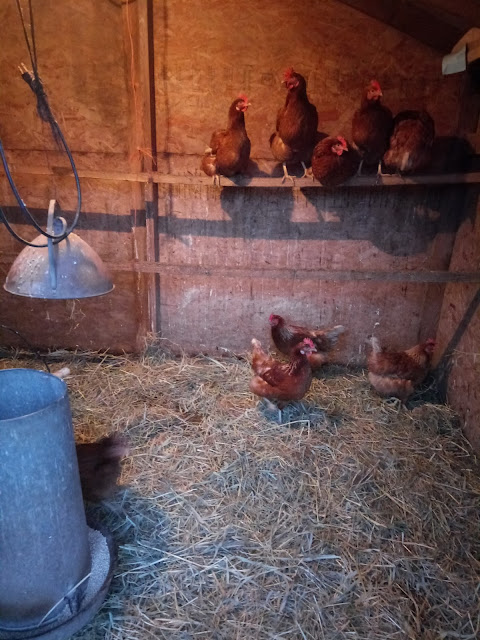 Sunset, the sun flashing out at the end of the day and catching the trees 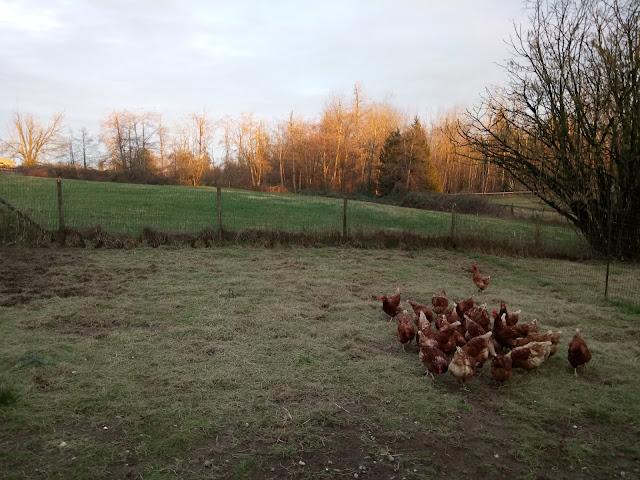 And the next day was lovely.  We all thought so! 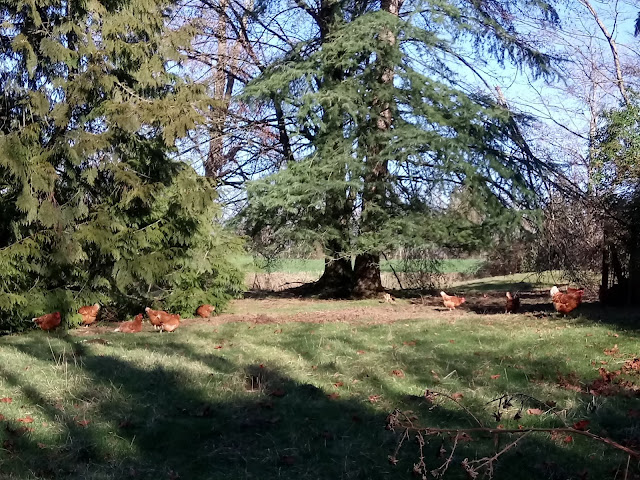 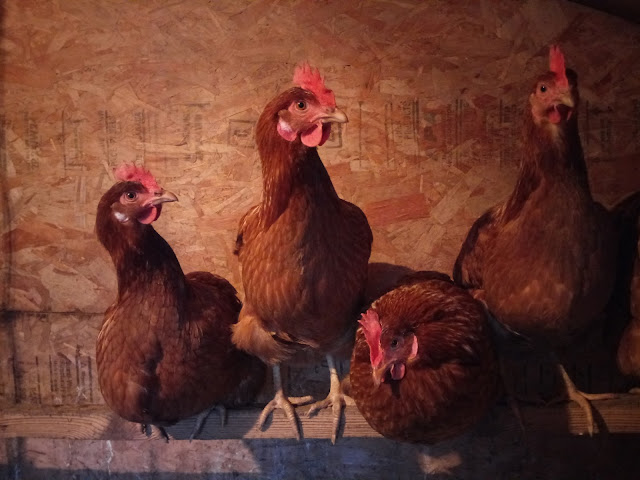 It kind of makes me think of this wonderful piece of artwork by Miriam Mas. https://www.miriammas.com
My sister is lucky enough to own the original. 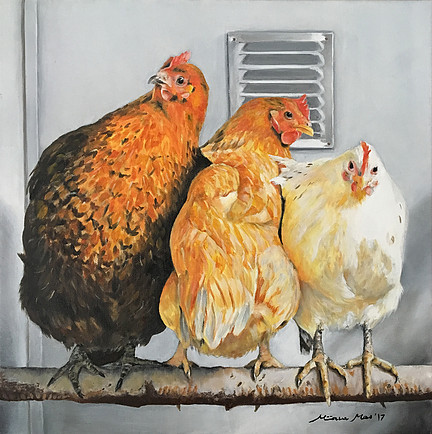