A Day in the Snow

It was a real suprise to get up on Sunday morning and see everything covered in snow.
It was gorgeous though.
Waiting for the sun to come up 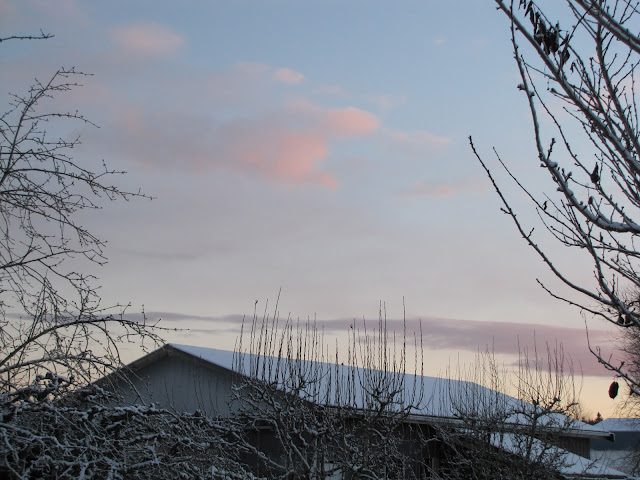 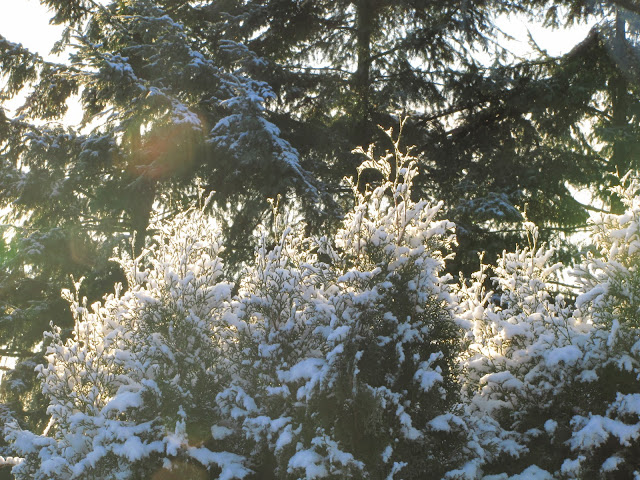 Putting the sheep out.
You want us to go where? There's water in the way, we're sheep, we don't 'do' water... 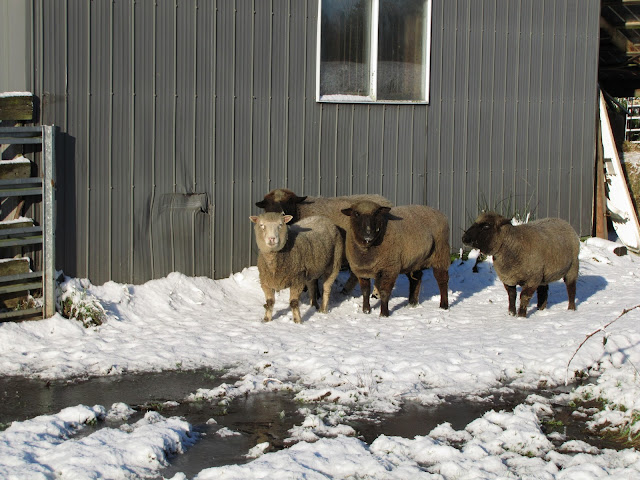 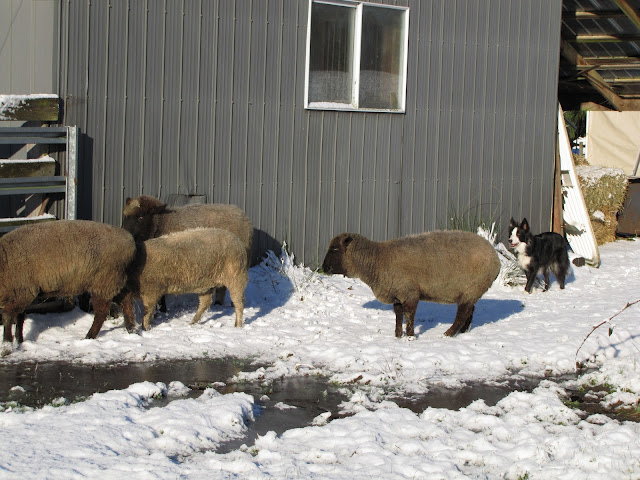 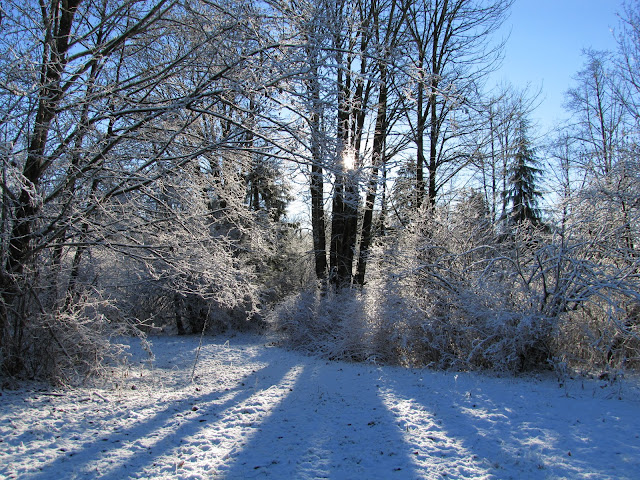 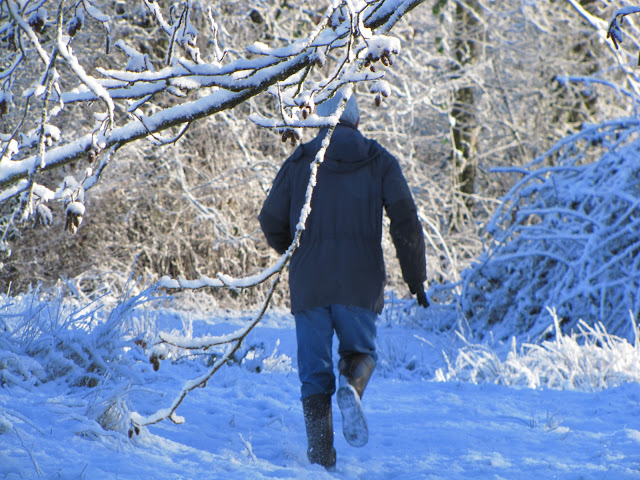 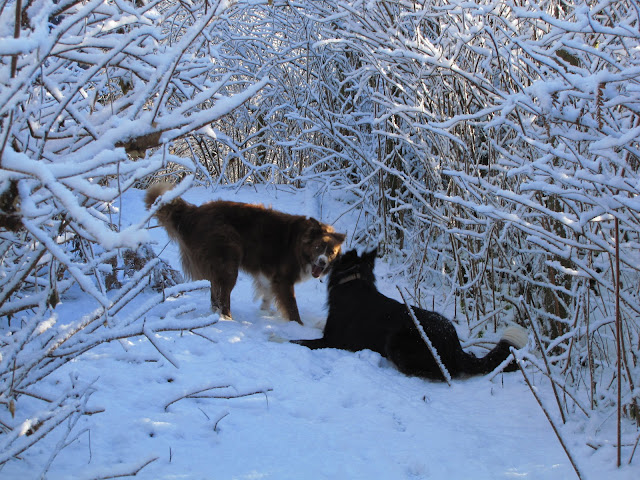 Then Jeff called to see if we wanted to meet for a walk, he suggested Sumas Prairie again
There was one doG awful wind blowing, straight from the north pole it seemed.  Some of us tried walking backwards to see if it was any better.
Merdith took over with the picture taking, she was working on her photo of the day. 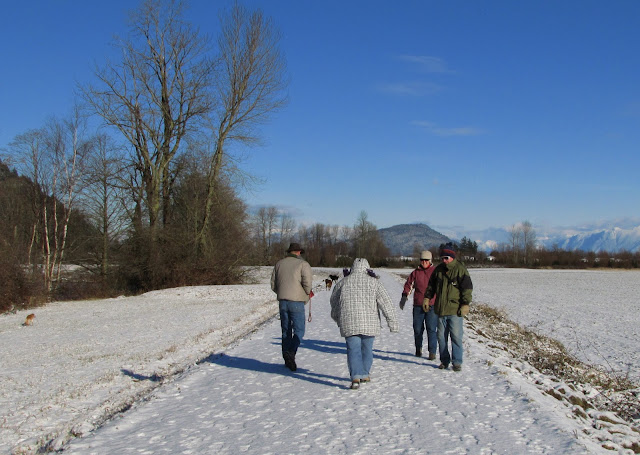 And eventually Larry looked like he was searching for a bank to rob. 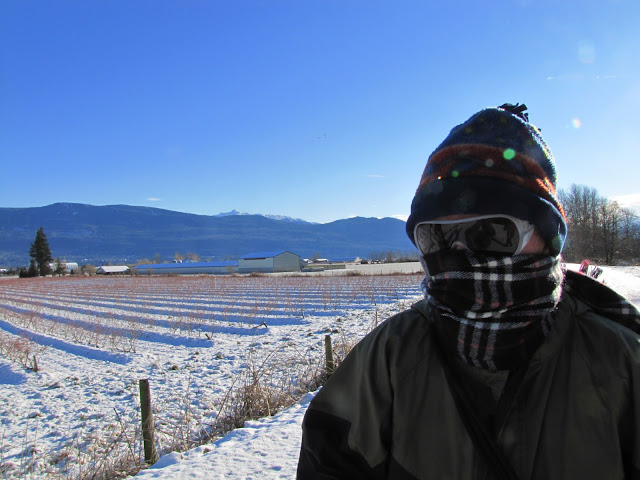 The dogs didn't care about the wind though 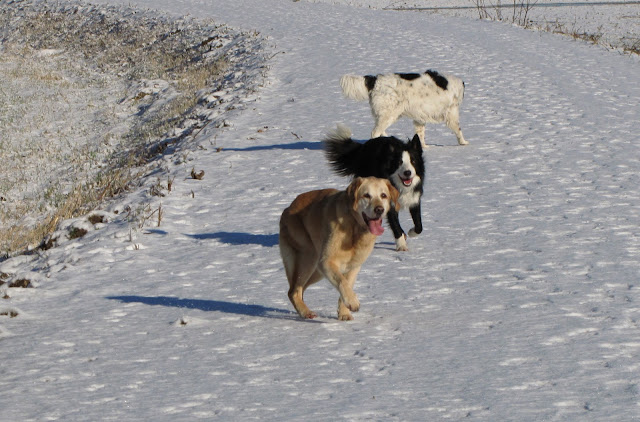 And another dog joined in the chase 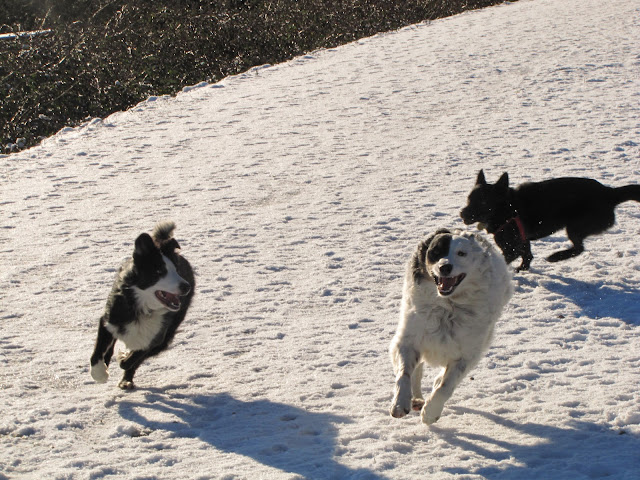 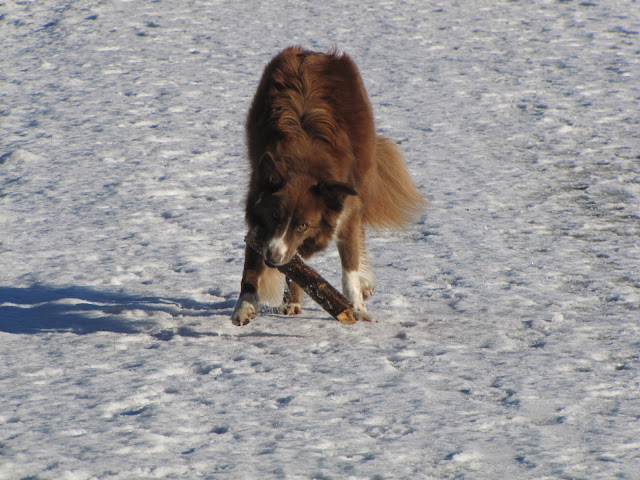 Pippin and Luna found a long stick, that got shorter and shorter the longer they tussled over it 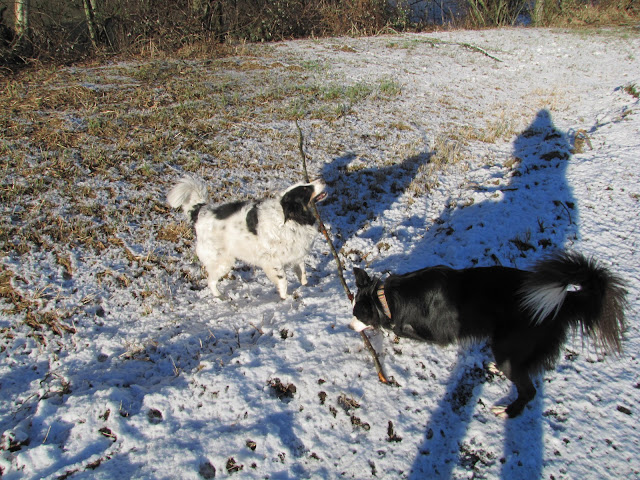 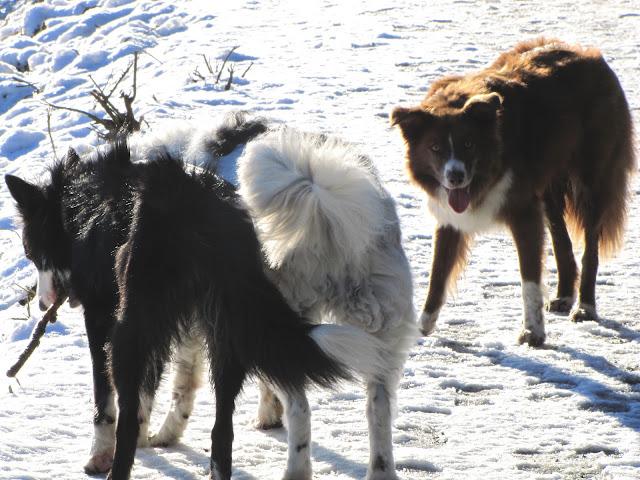 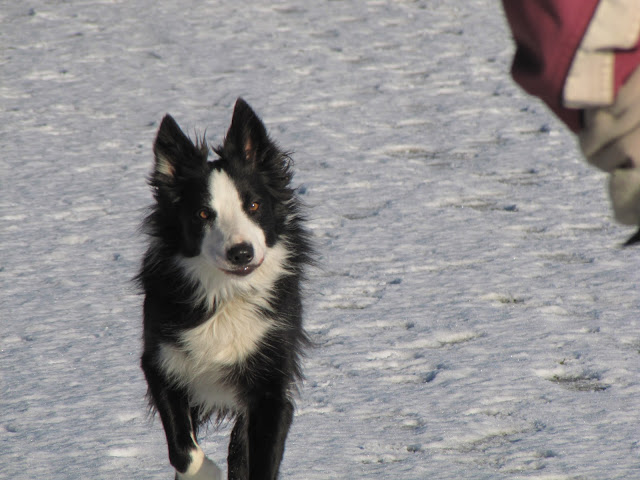 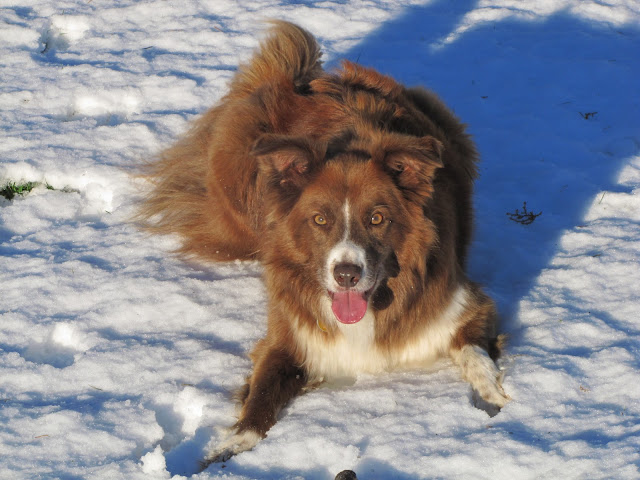 It was much warmer walking back, with the wind at our backs. 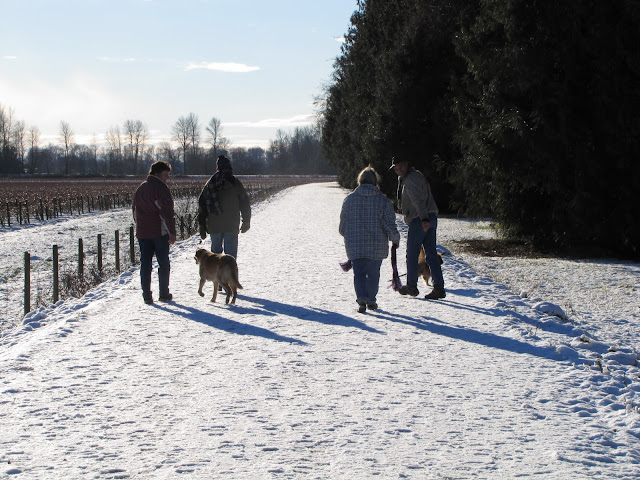 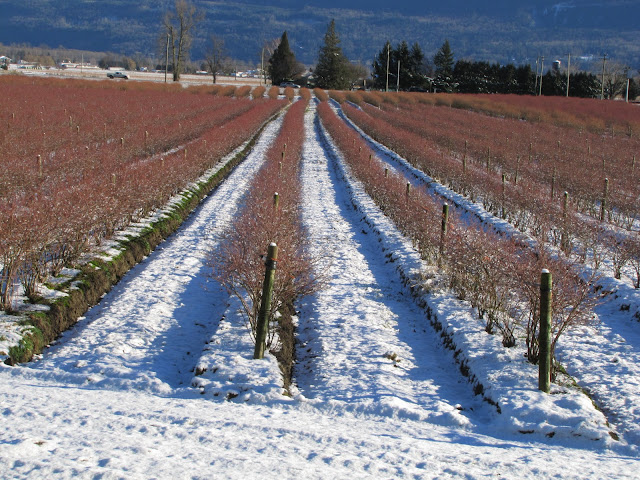 Cottonwoods at the little park were we left our vehicles 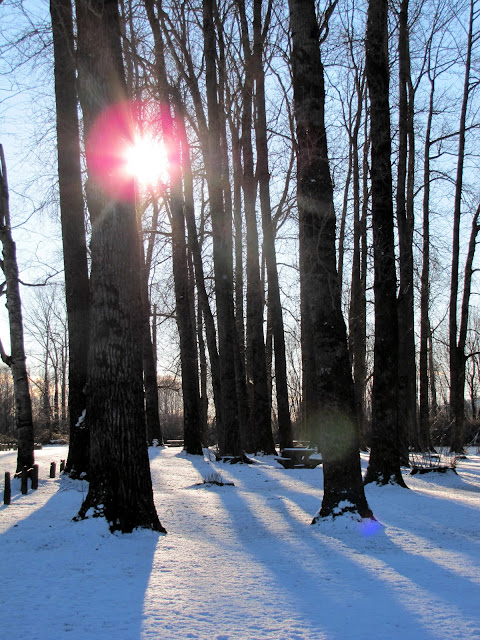 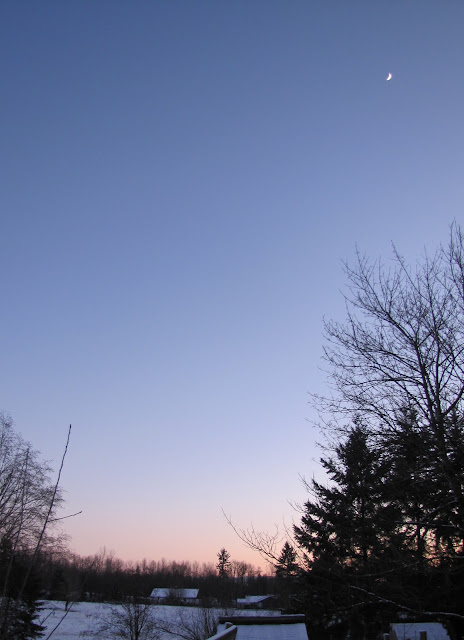 Despite the wicked wind, we had a great walk, and Calli handled this one just fine.
Posted by Karen at 3:28 PM